Home AMERICAN PROPAGANDA Paul Craig Roberts: The West, the greatest cause of War in human history, stands stripped of all Legitimacy

Paul Craig Roberts: The West, the greatest cause of War in human history, stands stripped of all Legitimacy 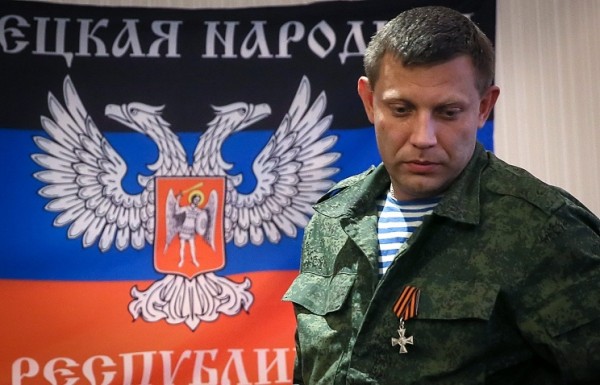 Editor’s Note: We are happy that Paul Craig Roberts is also an admirer of The Saker, one of the finest current sources of trustworthy news and commentary on events in Novorossiya. As readers of our blog know only too well, we have covered this struggle in depth from the beginning, often collating reports from several correspondents to present the most comprehensive picture of what is really transpiring in that critical area of the world. We are not objective, nor do we pretend to be.  We are rooting for the victory of Novorossiya’s self-defense forces, as their cause is just and inspiring to the rest of humanity. From simple historical analysis we know the shameful role Washington has played in this tragedy, this unnecessary suffering that NATO and its accomplices would like to prolong and expand, as such carnage always fits the goals of the US empire. Paul Craig Roberts is right, the press conference he mentions in this article by the Donetsk’s Peoples Republic’s top leaders is a memorable moment in modern history. Men of brilliance, rectitude and courage that simply have no match in the cesspool of politicians that constitutes the West’s political ruling class.—P. Greanville

The West, the greatest cause of War in human history, stands stripped of all Legitimacy

“Every time you come to Russia with a sword, from a sword you will perish.”

[T]he former Russian provinces, which Soviet party leaders carelessly attached to Ukraine at a time when it seemed to make no difference as all were part of the Soviet Union, are now independent republics with their own governments. The West pretends that this isn’t so, because Washington and its puppet capitals don’t recognize the independence of formerly captive peoples. But the West’s opinion no longer counts.

Washington’s puppet government in Kiev declined the mercy extended to its troops and said they had to fight to the death. Shades of Hitler at Stalingrad. Western Ukraine has remained the repository of Nazism since 1945, and it is Western Ukraine with which Washington is allied against freedom and democracy.

Thanks to The Saker we are provided with a press conference with English subtitles that Alexander Zakharchenko, Chairman of the Council of Ministers of the Donetsk National Republic, held with media. Present are Russian and Western press.

You will be impressed with the ease with which Zakharchenko handles the ignorant and corrupt Western media representatives, and your sides will burst with laughter at his reply to the media question: “Are there regular Russian military units fighting on your side?”

The British and American journalists were the most stupid, as we already knew. You will die laughing at the response to the question, “why did you parade the prisoners.”

This person Zakharchenko puts to shame every politician in the US, Europe, Canada, Australia, Japan, all of the puppet politicians of the American Empire. If only the United States had people of the character and quality of Zakharchenko.

Now that Zakharchenko has revealed himself and made mincemeat of the stupid Western media, he will be demonized and misrepresented. So use this opportunity to see for yourself who has integrity and character. Hint: no one in political and media circles in the West.

You might have to put the video on full screen to read the subtitles.
The Saker’s blog is found here.

Dr. Paul Craig Roberts was Assistant Secretary of the Treasury for Economic Policy and associate editor of the Wall Street Journal. He was columnist for Business Week, Scripps Howard News Service, and Creators Syndicate. He has had many university appointments. His internet columns have attracted a worldwide following. Roberts’ latest books are The Failure of Laissez Faire Capitalism and Economic Dissolution of the West and How America Was Lost.
All comments subject to anti-hacking filters.
0 comment 0 FacebookTwitterPinterestLinkedinVKRedditWhatsappTelegramEmail
previous post