[learn_more]A number of our regular contributors have said it here already, eloquently, the US government is once again trying to fool the American people by dint of artifice into another criminal war. Syria’s Assad government, too independent for Washington’s and Israel’s taste, a nation that has the audacity to sport her own allies in a coveted region, has been in Washington’s crosshairs for a long time, way before there was an Iraq intervention, or a Libya “humanitarian intervention” and many other horrendous depredations America has committed under false pretenses—in fact even before there was an official (and convenient) “War on Terror” detonated by the events of 9/11. The latest exercise in massive hypocrisy is this sneaky war on Assad waged on the coattails of the revulsion created by the beheadings by ISIS—a monster undeniably manufactured by US foreign policy—of several Western journalists and players in that conflicted region. The importance of this article, and why it is news in our view, is because, as in the case of the dog that bites human not being news, but the human biting dog being news…the denunciation of this staggering crime is being done by none other than Justin A. Amash, an American attorney, and—to add more incredulity to the mix—a Republican member of Congress for Michigan’s 3rd congressional district, centered around Grand Rapids. —Patrice Greanville[/learn_more] 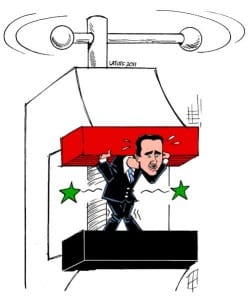 [W]hat have we learned from the last decade of war?
Those years should have taught us that when going to war, our government must:

(1) be careful when defining a military mission;
(2) speak forthrightly with the American people about the sacrifices they will be called to make;
(3) plan more than one satisfactory end to the conflict, and
(4) be humble about what we think we know.

These lessons should be at the front of our minds when Congress votes today on whether to arm groups in Syria.

Today’s amendment ostensibly is aimed at destroying ISIS—yet you’d hardly know it from reading the amendment’s text. The world has witnessed with horror the evil of ISIS: the public beheading of innocents, the killing of Christians, Muslims, and others.

The amendment’s focus—arming groups fighting the Assad government in Syria—has little to do with defeating ISIS. The mission that the amendment advances plainly isn’t the defeat of ISIS; it’s the defeat of Assad. 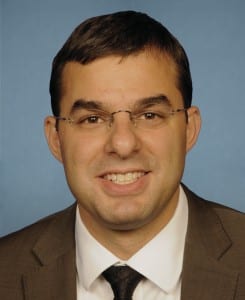 Americans stood overwhelmingly against entangling our Armed Forces in the Syrian civil war a year ago. If Congress chooses to arm groups in Syria, it must explain to the American people not only why that mission is necessary but also the sacrifices that that mission entails.

The Obama administration has tried to rally support for U.S. involvement in the Syrian civil war by implying that our help would be at arm’s length. The amendment Congress will vote on broadly authorizes “assistance” to groups in Syria. It does not specify what types of weapons our government will give the groups. It does not prohibit boots on the ground. (The amendment is silent on the president’s power to order our troops to fight in the civil war; it states only that Congress doesn’t provide “specific statutory authorization” for such escalation.) It does not state the financial cost of the war.

As we should have learned from the wars in Iraq and Afghanistan, we must plan for multiple satisfactory ends to military conflicts before we commence them.

If the Syrian groups that are “appropriately vetted” (the amendment’s language) succeed and oust Assad, what would result? Would the groups assemble a coalition government of anti-Assad fighters, and would that coalition include ISIS? What would happen to the Alawites and Christians who stood with Assad? To what extent would the U.S. government be obligated to occupy Syria to rebuild the government? If each of the groups went its own way, would Syria’s territory be broken apart, and if so, would ISIS control one of the resulting countries?

If the Syrian groups that we support begin to lose, would we let them be defeated? If not, is there any limit to American involvement in the war?

Perhaps some in the administration or Congress have answers to these questions. But the amendment we’ll vote on today contains none of them.

Above all, when Congress considers serious actions—especially war—we must be humble about what we think we know. We don’t know very much about the groups we propose to support or even how we intend to vet those groups. Reports in the last week suggest that some of the “appropriately vetted” groups have struck deals with ISIS, although the groups dispute the claim. The amendment requires the administration to report on its efforts to prevent our arms and resources from ending up in the wrong hands, but we know little about those precautions or their effectiveness.

Today, I will vote against the amendment to arm groups in Syria. There is a wide misalignment between the rhetoric of defeating ISIS and the amendment’s actual mission of arming certain groups in the Syrian civil war. The amendment provides few limits on the type of assistance that our government may commit, and the exit out of the civil war is undefined. And given what’s happened in our country’s most recent wars, our leaders seem to have unjustified confidence in their own ability to execute a plan with so many unknowns.

Some of my colleagues no doubt will come to different judgments on these questions. But it’s essential that they consider the questions carefully. That the president wants the authority to intervene in the Syrian civil war is not a sufficient reason to give him that power. Under the Constitution, it is Congress’s independent responsibility to commence war.

We are the representatives of the American people. The government is proposing to take their resources and to put their children’s lives at risk. I encourage all my colleagues to give the decision the weight it is due.