THE DISGRACEFUL MEDIA AT WORK

News | CBS New York October 13, 2014
Guilty for living. Local bears found to be a “nuisance”. The sentence is death. 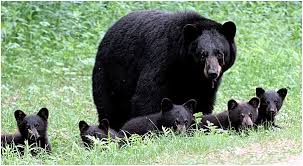 “Too many bears,” proclaim the media, brainlessly echoing the hunting fraternity and State Wildlife Departments assertions in the tristate area (NY/CT/NJ).  Thus a pogrom on bears is being promoted shamelessly by the local press. Who are “the unnamed experts”?

PATRICE GREANVILLE
It’s not enough that we kill and eat them by the billions, with nary an acknowledgement or protest. Now the usual ethical idiots are pushing to declare open season on bears in the NYC metro area.  Once again. The excuse is “overpopulation.” Also a shopworn excuse.

Never mind that, as anyone with minimum knowledge of such things is aware, the longstanding practice of “managing wildlife” for the pleasure of hunters, and the unrelenting encroachment of wildlife areas by humans upsets the balance of nature, and is forcing many animals into more frequent encounters with our species. And guess who will lose. Humans are the most dangerous, brutal species this planet has ever seen or is likely to see.

It’s really hard to tell where the massive ignorance of these so-called journalists begins and where their sheer callousness toward animal life ends, but it ought to be a crime to hand over a tv station, whole networks, to such moral imbeciles. Which they demonstrably are: from the producers, who largely hide their names, to the remote top brass who pull the strings and sets the overall tone for everything that transpires throughout their media fiefdoms. 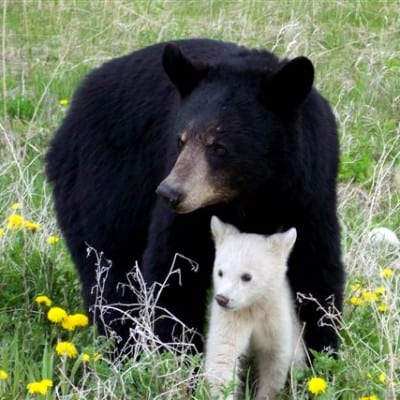 The end result is disgusting enough, but hardly unusual. Thus, as readers can see in this report, matter of factly, and without an ounce of self-consciousness about promoting yet another massacre of wildlife, and showing overflowing speciesism, these media morons go about their business of misinforming the public. Note they do not mention “the experts” suggesting these “solutions,” but we know who they are—the pro-hunting organizations and their allies in all forms of wildlife persecution, the innocuously named State Department of Wildlife officials, who in most states are little but  concubines for the hunting fraternity, and the ever-present ranching and gun interests. So watch, comment and protest. And puke, if you have to. —PG

SOME RESPONSIBLE PARTIES
• CBS Corporation is controlled by Sumner Redstone through National Amusements, its parent. Redstone is an old corporate vulture and conglomerateur speculator. Many of his minions and favorites are inevitably seeded throughout the structure he controls. His chief lifetime focus has been the amassing of money and power. Nothing else seems to matter much.
• CBS News is the news division of American television and radio network CBS. The current chairman is Jeff Fager, who is also the executive producer of 60 Minutes; while the current president of CBS News is David Rhodes.[1]

There is a pressing need to ‘scrutinize and challenge’ the lies ‘peddled by wealthy mogul-owned media outlets’.— Media Lens (UK)

• Another major player is Leslie Moonves, President and Chief Executive Officer of CBS Corporation. Moonves is the perfect blend of an utterly corrupt Hollywood culture, the television medium and the business mentality of advanced capitalism.

.
None of these guys, as could be expected, are “men of the people.” Nor do they care much for animals or the environment. Their attention to such topics is erratic at best.
.
Moonves alone packed almost $70 million in compensation in 2009. CBS, like the rest of the US television networks, tacks center-right to ultra-right in its politics, marches in lockstep with an aggressive imperialism (reflected in the network’s many idealizations of the police and military, and more recently in the disgusting selling of a thinly-veiled Hillary Clintonesque “Madam Secretary” series) and a severely deficient domestic news coverage. CBS however is far smoother in its poison delivery than the far cruder Fox network.

October 13, 2014 5:35 PM
REPORTED BY LOU YOUNG
MIDDLETOWN, N.Y. (CBSNewYork) – That nuisance bear in your backyard could soon end up on a dinner table. Wildlife experts say if people could learn to love the taste of bear, it could help solve a big problem. “Bear is delicious. Bear chops on the bone, bear cutlets; bear sausage is excellent,” said wild game butcher Anthony Deserto. As CBS 2’s Lou Young reported, wildlife officials in New York and New Jersey are singing the praises of bear meat in an effort to get more hunters into the woods. Deserto said the rich, red meat would seem familiar on most American tables. “It’s more like pork. It takes a lot longer to cook and it’s a little fattier than beef,” said Alice Deserto, who is also a wild game butcher. Don Hippler, of Sloatsburg, said more than a dozen bears have come through his taxidermy shop recently. He kept the skins but the meat went to the butcher. “The backstraps are better. The hinds are better. The front shoulders, the necks, that’s chop meat,” he said. Opponents to bear hunting are not enthusiastic about the concept as a means of population control. Susan Russell, of New Jersey’s Animal Protection League, warns that humans in bear populated areas need to secure trash and food sources. “The central focus needs to be on human behavior,” she warned. Some humans though, can’t stop thinking about another kind of food. “I like bear ribs just like spare ribs like you get at the Chinese restaurant. I love bear ribs and I love bear sausage,” said Bob Vitro, of Tru-Life Taxidermy. New York just wrapped up an early bear season and New Jersey’s is set for December. Most of the bears killed in the Tri-State area weigh betwen 160 and 200 pounds, but some are much bigger. Because bears are omnivores, experts say bear meat should be cooked well.