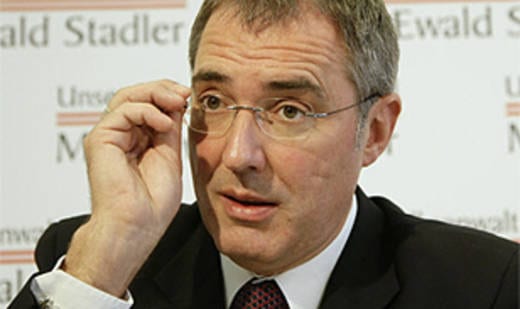 The chairman of Austria’s Reform Conservatives party is outraged by Ukraine’s and the EU’s failure to recognize the November 2 elections in Novorossiya The decision by the Ukrainian State Security Service to declare foreign observers in the elections in the Donetsk and Luhansk people’s republics personae non-grata shows that Ukraine has little idea of democracy, the chairman of the Reform Conservatives party wrote in a Facebook post.

Ewald Stadler, who is currently in Donetsk, criticized the reaction of Western countries to the DPR elections. According to him, the EU and the West today are speaking in a language of stereotypes, while their actions are stressing their reluctance to pay attention to the expression of people’s will.

The Austrian politician said earlier that “DPR residents have a right to self-determination, and are entitled to choose their future.”  “The circumstances in which these elections are held were difficult. Everybody knows this. However, international observers play a special role,” the politician believes.  Nevertheless, Stadler declined to comment on the elections while they were still talking place on November 2, saying that he had to “see how everything went at the polling stations.” “Ask me tomorrow or the day after tomorrow. After the 10th polling station reports, the picture will become more clear,” he said. He pledged objectivity in his conclusions.  “No one is exerting pressure on me. I have paid for my trip to Donetsk out of my own pocket,” Stadler said.  At the end of the election day, the Austrian party leader deemed the DPR elections valid and democratic.