Home ABOMINATIONS Ghost in the Machine: US and UK Are Capitalism’s Warlords

Ghost in the Machine: US and UK Are Capitalism’s Warlords 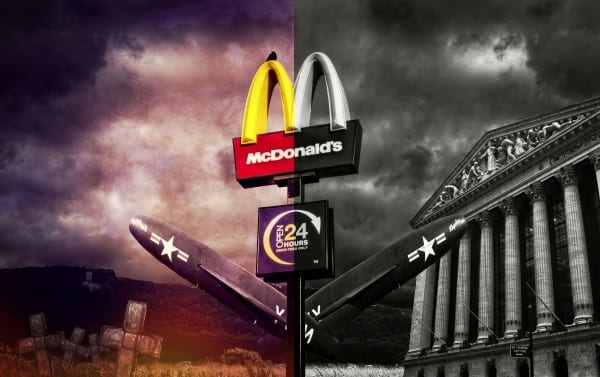 For the global majority, the disappointing world order is owed in large part to the current capitalist system and its industrialized military operations around the world. After half a century of loans, structural adjustments, industrialization, austerity measures, embargoes, sanctions, wars, and neoliberal trade agreements, wealth has increased and stratified for the powers that have historically orchestrated it. By contrast, the gap between rich and poor has widened, and many nations of the Global South find themselves in disadvantageous positions with regard to international economics and global politics.

This pernicious system is propped up by the United States government first of all, and its close partner, the United Kingdom. In a world that is becoming increasingly tired of Anglo-American authority, the Yankee and British economies rely on arms exports to maintain their supremacy. Currently, as number one and number three of the world’s arms exporters, the US share of the market is about 78 percent, and that of the UK is about 3.5 percent. Moreover, the military-industrial complex espoused by both nations has broadened to include infrastructure projects related to defense, as well as defense-related services, to keep itself relevant. The US and UK present a united front in foreign and domestic policy as they continue to impregnate other countries with a capitalist system to sustain them with arms. 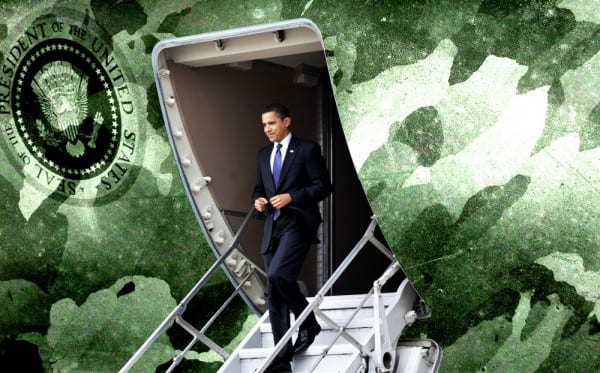 After World War II, the nation-state effectively replaced empire as the legitimate means for international political agency and inter-state relations. This change profoundly redefined national sovereignty and became the first kind of polity to cover the entire globe. Despite this shift in the international political landscape, however, history tells of industrialized nations that endeavored to extract wealth from other states as predatorily as necessary. Whether for primary materials or other goods, the rich world sought to extend its economic inroads into non-industrialized, or newly-industrializing peripheral nations. The extraction from such states also fueled the growth of the industrialized nations and their accumulation and stratification of wealth.

Such predatory intrusions have a simple reason: if the rich nations and their economies can gain a larger workforce for lower wages, then they can increase absolute surplus value, rather than relative surplus value. Karl Marx defined these two forms of capital accumulation a long time ago. Absolute surplus value involves “extensive gains” or a “simple multiplication of the capacity at a given moment. Relative surplus value involves “intensive gains” as an improvement in “production techniques.” So, rather than investing money in fixed capital and hiring skilled workers to use the productivity-increasing technology, capitalists lower their labor costs by spreading out the wages and paying more people to do more work for less. Not only is there less risk relative to the potential rewards, but also the switch to a global wage-slave workforce entails no real transformation in class relations. Those who dominate capital continue to dominate many other spheres. Nations that make themselves capitalist recapitulate the same situation.

Today the US and UK, both powerful warlord states, use weapons and weapons sales to maintain a vicious cycle of wage slavery and control of capital. Do the American or British public truly understand that their taxpayer dollars finance foreign and development assistance around the world to expand military reach into the Global South? Are they aware that their tax dollars increase both a demand for and purchase of American- and British-made weapons abroad? Do British subjects know that their government has lent taxpayer revenue via the Export Credit Guarantee Department so that that other countries may purchase arms from British manufacturers? Both countries thrive on an international demand for products and services from their military divisions. The same demand fuels private defense-related firms at home. It is no secret that Anglo-American foreign policy is attuned to the interests of private financial and business sectors, and weapons sales are an excellent business for the financial elite and the politicians whose elections they fund. 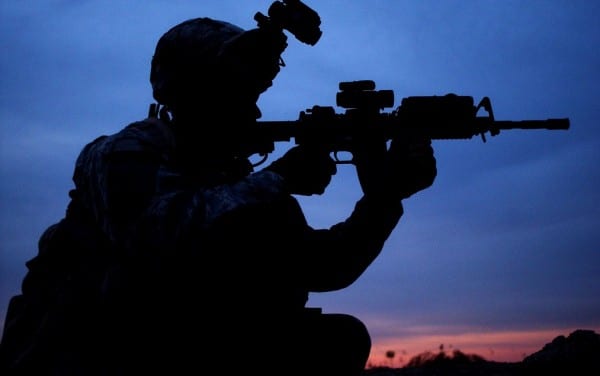 The world community’s response to warring economic oppression has not been one of silence or acquiescence. Many have taken the bull by the horns and addressed the ugly nature of the world’s most powerful warlords and their invasive capitalist system. Whether or not the criticism parries its target without flaw is incidental; the power inherent to many objections to the status quo rests in unmasking the current system that enriches the wealthy, disseminates strife, and does little for the world’s poor. 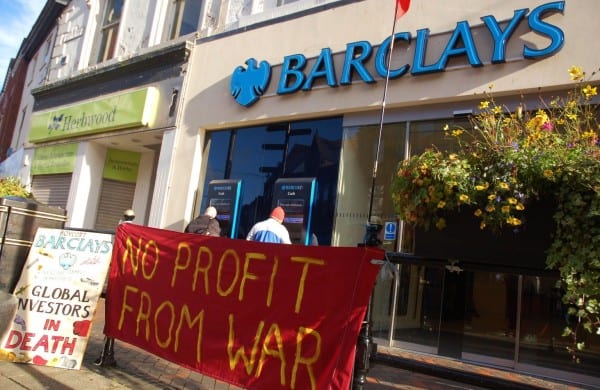 A great obstacle to critical social theories that seek to correct many of today’s economic and political wrongs has been the simple fact that such criticisms and philosophies stem from the poor’s very own experience with exogenous exploitation of resources and wealth. In typical fashion, the experience and wisdom of the poor are largely ignored, discredited, or dismissed. Nevertheless, Third World scholars and activists have legitimately challenged power-centric theories regarding critical areas of development and globalization. Their theories and dissidence offer insights into a system that does not work for those who make wealth quite like it does for those who control it. After more than a century of numerous large-scale capitalism-induced crises, and horrific instances of war driven largely by economic aims, to think that relationships between the Global South and the Northern states do not serve, ultimately, to accumulate, stratify, and extract wealth from the former by the latter, is dangerously nearsighted. 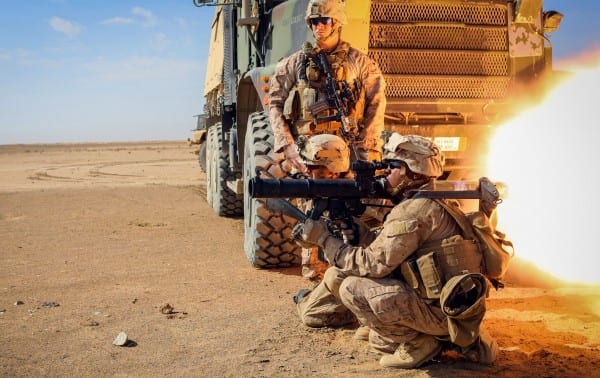 Much of the world’s industrialization of the Global South, which took place after World War II, has occurred in the least-developed countries (LDCs). For those marginalized states and their impoverished people, industrialization itself has been no guarantor of development. Economic power has only helped the rich world’s most powerful countries to maintain a degree of political and sovereign freedom in the process. Furthermore, a globalization of economic participation has helped to free up national capital from the poorer regions for global circulation. 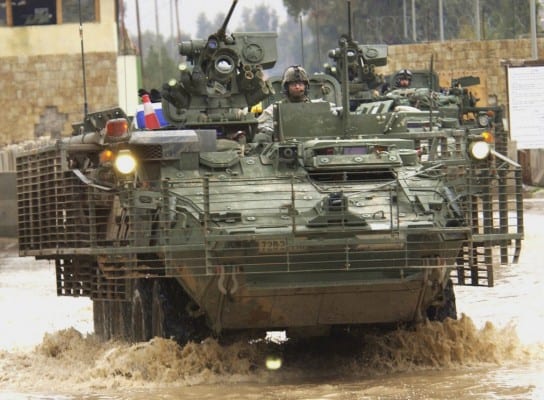 The US military arsenal has furthered American economic and political interests around the world in deeply influential ways that have indelibly shaped international relations. After World War II, the US government sustained weapons exports through military spending. It created other ways to prop up the military-industrial complex too, such as the rearmament of American allies, the deployment of American troops, and of course, US foreign military aid. The mass manufacture of arms has not only encompassed coercive or domineering political motives; it has also been a pillar of the American economy. Since the mid-20th century, the US has profited from a world at war, and it continues, much like the UK, to sell arms to countries that it must politically and economically repress with its capitalist system.

Mateo Pimentel is a sixth-generation denizen of the Mexican-United States borderland. He writes for many alternative news sources and political newsletters; his publications also appear in academic journals. Mateo has lived, studied and worked throughout Latin America for the last decade. In his free time, he studies global technology and development, and he composes and records music.

Photographs and composites: Composite one by Mr. Benn; photographs four, six and nine from Expert Infantry archive; two from US Navy; composites three by Lance Page for Truthout; five by Kaz Vorpal; photographs seven by Vertigogen; eight from US Marine Corps archive and composite ten by Batai.

Veterans: Your Only Real Friend is the Anti-War Movement