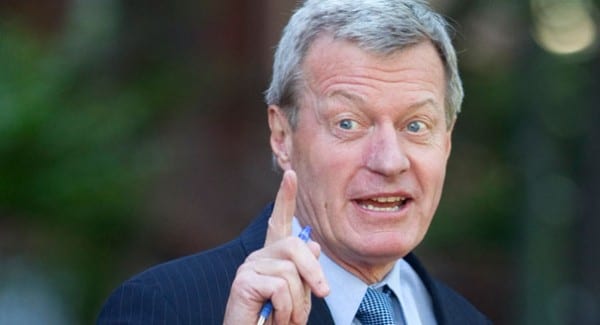 Democrat Max Baucus was delegated by Obama and the Dems to shepherd the law through Congress in back room deals and away from genuine progressives. As big a grasping, unredeemable, criminal scumbag as they come, but that’s hardly news when talking about the US political establishment, is it?

[dropcap]I opposed Obamacare[/dropcap] back when Dick Nixon first suggested it. In those days a Democratic-controlled Congress with members old enough to remember FDR were holding out for Medicare for all and stopped Nixon. Many thought that Medicare didn’t go far enough, but the Medical Mafia held sway in 1965, keeping the majority of citizens either without health care or blackmailed into paying them (often through employers, who consider it part of employee pay).

The Medical Mafia never wanted to insure old folks, because they require a lot of medical attention, so as an agent for the ruling Forces of Greed, they allowed Medicare to go through our corrupt Congress (which is even more corrupt today).

What the Medical Mafia want is policy holders who are healthy young people forced by law to pay premiums to them for crap health care having high deductibles and co-pays, in essence, Obamacare. Because of the high deductibles and co-pays, the bottom end health care plans force young people to pay for insurance they cannot afford to use, great for investors and the massive salaries of executives. Further, supporters of Obamacare can claim that these people are now covered, all but a lie.

“What the Medical Mafia want is policy holders who are healthy young people forced by law to pay premiums to them for crap health care having high deductibles and co-pays, in essence, Obamacare…”  Wise and truthful words, and we only wish the armies of knee-jerk liberals defending Obamacare, among which Bill Maher, Daily Kos and MoveOn are notorious, would simply change course or shut up. They are simply perpetuating bad law in the guise of a great gift to the American people.

Nixoncare evolved into a plan the corporate-friendly Heritage Foundation developed, and Governor Romney passed it in Massachusetts. Up to that point it had always been a Republican idea. Now we have “New Democrats” adopting the old Republican plans like Romneycare, renaming it Obamacare, and foisting it off on an unsuspecting public, even getting Democrats to embrace it, as though its purpose was to improve medical care, rather than increase profits for the Medical Mafia.

Obama took the White House with a majority of Democrats in the House and a super majority in the Senate, and could have blocked a filibuster in the Senate and passed Medicare for all with united Democrats, needing not a single Republican vote, but he never tried, perhaps because Obama got over $20 million from the Medical Mafia in campaign bribes, almost three times what his opponent, John McCain got.

Architect of Obamacare, Jonathan Gruber, said last year “Lack of transparency is a huge political advantage, and basically, call it the stupidity of the American voter or whatever, but basically that was really, really critical for the thing to pass,” showing how little the Dems think of voters.

In the following piece, Jon Walker shows how fraudulent the Democrats were in dumping this program on an unsuspecting public.

[dropcap]J[/dropcap]onathan Gruber was a chief paid advisor on the Affordable Care Act, a fact he often neglected to mention when he was pretending to be an outside expert during media interviews. He would make hyperbolic statements praising how incredible the law would be that the White House would then use in a well orchestrated plan to sell it to the public. Recently, Gruber admitted during a panel discussion that the law was designed as effectively a con on the American public. The admission was highlighted by the Washington Post. 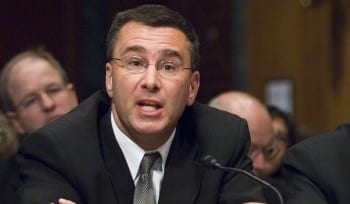 The Gruber is in the details (click to expand).

Gruber said (20:43), “This bill was written in a tortured way to make sure the CBO did not score the mandate as taxes. If CBO scored the mandate as taxes the bill dies. So it was written to do that. In terms of risk rated subsidies. If you had a law that made it explicit that healthy people pay in and sick people get money it would not have passed. Lack of transparency is a huge political advantage. Call it the ‘stupidity of the American voter’ or what ever.”

It amazes me that Democrats are shocked the law remains unpopular. The law was built on a foundation of breaking Obama’s two most said and most popular campaign promises about health care reform: to not tax employer provided insurance and to not have an individual mandate.

Democrats decided to include these provisions anyway, but instead of honestly admitting Obama had a change of heart, they constructed these policies in some stupidly contrived way in a pathetic attempt to actively trick the public. Then Democrats engaged in an elaborate shell game about needing 60 votes to try to take the blame off Obama.

Gruber is right that if Democrats had been honest about their plans to break their promises, the bill would have been unpopular, but all the deception made the law very unpopular anyway. So unpopular that it had now done significant damage to the Democratic party during two mid-term elections.

This is the ultimate example of how the Obama team thinks their problems are purely about a failure to win the messaging and not the result of bad policy choices.

Are the Democrats “better” at the “long con”, than Republicans, that is, more effective”, even in the short term?

Are the “major parties” about the same?

Do you think this attitude is limited to Obama “strategists” or does it afflict a large number of messages from the majority of Democrats, meaning politicians, of course … the ones taking a bit of advantage with that “stupidity of the American voter”?

Would Hillary Clinton do that?

Would any Democrat do that?

OR … is it just those nasty ole Republicans who do things like that, Obama excepted, among all the Democrats?

Is the “long con” a symptom of moving to the “right”, just to play ketchup to the Republican vegetable, or, does it, somehow benefit those innocent Dem politicians … corrupted by a corrupt system, in some tangible, personal way?

Is that something political analysts consider, or is that not part of current analysis and methodology?

Should anybody ask questions like these, or does that upset somebody, important, or, possibly, threaten the continuation of a pretend democracy?

Taken in the abstract, I believe corruption has a natural progression, a pace if you will, that if not checked, accelerates to the point of becoming a sort of hysteria.

I think that’s the point we are at now, Washington’s elite population is caught up in a very nearly hysterical wave of self-dealing, fueled in part at least, on the sure knowledge that anything this crazy has to crash soon and everybody up to and including Obummer and Hill-Billery is busy ‘getting mine’.

People caught up in this sort of mania become oblivious to their surroundings, and their attention narrows until it becomes a sort of blindness.

So the short answer to your question is; Short-Term Financial Gain.

Why, because look around, everybody’s doing it.

Great point. I’ve thought for quite awhile now that basically all these sociopaths understand what a sad joke America has become, how broken it is. They genuinely view the American people as being a bunch of absolute morons (and sadly, they’re largely correct).

There isn’t any genuine effort to heal the nation. No sincere effort to do what is legitimately best for the public at large.

It’s all about looting what remains before somebody else does.

Jonathan Gruber…. the name itself just rings out ASSHOLE every time I read or here it.

“Stupidity of the American voter”
Well, the good thing is that number is dwindling, down to only 36% of us.

Will you start to see Democrats supporting reform of Obamacare? They can’t keep ignoring it politically can they? This is why the bill is so toxic. It is helping some people. But reform is impossible. IF the Supremes gut it some more, wouldn’t it make more sense for Dems to vote for repeal.

How much more will they lose on this issue? Man oh man Obama is incompetent. It is truly staggering.

The Republicans are gonna run a soundbyte of Gruber saying the American people are stupid like Bush the Elder pounded Dukakis over Wille Horton. The Dems are just beyond redemption.

Hold that thought Erik, and stick around. Just wait for the SCOTUS to weigh in soon on Obamacare. I used to believe that things would get much worse before they got better, but now I’m not so sure. As for healthcare, it would be admittedly a bold approach if someone like Hillary ran in 2016 making single payer a political mantra that she would mention daily for 12-16 months up to election day, but that was only a dream I had last night. Single payer and equal access to healthcare isn’t coming until the present system implodes.