Obamacare Designed as a Scam 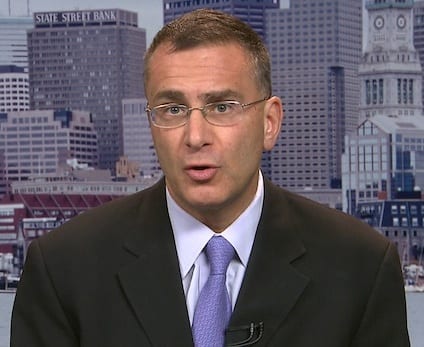 Serving in a similar Obamacare capacity. The 2010 Patient Protection and Affordable Care Act (ACA). For HHS and congressional democrats. A willfully designed scam. A rationing scheme boon to predatory providers.

A healthcare disaster. Unaffordable for most people. Providing inadequate protection. Forcing millions to pay 40% or more out-of-pocket. For co-pays and deductibles. On top of costly premiums. Rising annually. Double the cost of other developed countries. During protracted Main Street Depression conditions.

Conservatives, Tea Party idiots and sundry reactionaries and loonies hate the program for all the wrong reasons.  There’s plenty to hate in it without resorting to imbecility and rank ignorance.

Eroding safety net protections. Leaving tens of millions of Americans unemployed. Millions more underemployed. Living from paycheck to paycheck. One missed one away from homelessness, hunger and despair. Forcing most households into bare bones coverage. Leaving them woefully uninsured or underinsured against catastrophic illnesses. Profit matters more than people. 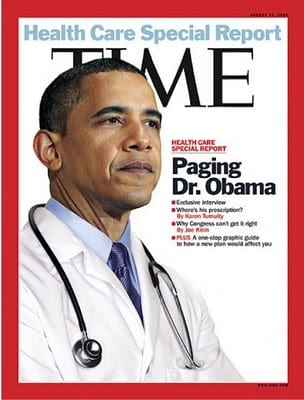 In lockstep with congressional bipartisan complicity. Leaving ordinary people on their own sink or swim. Depriving them of affordable healthcare coverage. When most needed. A crime against humanity and then some.

Two videos surfaced. One in 2012. On so-called health insurance exchanges. Where consumers sign up for coverage. Get subsidies if qualify. “In the law, it says if the states don’t provide them, the federal backstop will,” said Gruber.  “The federal government has been sort of slow in putting out its backstop. I think partly because they want to sort of squeeze the states to do it.”

“I think what’s important to remember politically about this is if you’re a state and you don’t set up an Exchange, that means your citizens don’t get their tax credits.”

“But your citizens still pay the taxes that support this bill. So you’re essentially saying to your citizens, you’re going to pay all the taxes to help all the other states in the country.”

“I hope that’s a blatant enough political reality that states will get their act together and realize there are billions of dollars at stake here in setting up these Exchanges, and that they’ll do it. But you know, once again, the politics can get ugly around this.”

“And basically, call it the stupidity of the American voter or whatever, but basically that was really, really critical for the thing to pass.”

“We had to lie to” do it, he said. Truth and full disclosure would have exposed the scam. Enactment couldn’t happen politically. “You just literally (couldn’t) do it…Transparent financing? Transparent spending?”

“(T)his bill was written in a tortured way to make sure CBO (Congressional Budget Office) did not score the mandate as taxes. If so, “the bill dies…So it’s written to” be willfully deceptive. Confusing. Opaque. Hiding its real purpose from public view.

Claiming individual mandate policy forcing consumers to buy coverage or be penalized wasn’t a tax. Suppressing information about younger, healthier consumers forced to pay more for coverage. Through higher premiums, deductibles and co-pays. To cover costs for older more vulnerable to illness Americans. A ripoff by any standard.

Transparency would have killed it. Big Lies assured passage. A monster scam. Making a dysfunctional system worse. Obama lied claiming Americans “will be empowered to make choices about their own lives and livelihood.”

An “opportunity to pursue their dreams.” Promises Obama made were broken. “If you like your health care plan,” you can keep it, “period.” Millions of Americans lost theirs. “If you like your doctor, you will be able to keep your doctor, period.” Doing so requires millions of Americans paying extra. “(W)e’ll lower premiums by up to $2,500 for a typical family per year.”

They’re significantly higher for most households. Increasingly unaffordable. Up to “90% of Americans (with) health insurance (get) stronger, better and more secure (coverage than) before…They don’t have to worry about anything else.” Onerous mandates are imposed on individuals with employer-provided coverage.

“(N)o family making less than $250,000 a year will see any form of tax increase.” Obamacare mandates 18 tax hikes, fees and penalties. Middle income households are heavily impacted. Obama said he wouldn’t sign any plan “add(ing) one dime to our deficits – either now or in the future.”

Elements “reduc(ing) costs for families, businesses, and government (are) in this bill.” Higher insurance premiums and other increased costs assure higher spending, not less. “I will protect Medicare,” Obama promised. Obamacare cuts its spending. Mandated $700 billion + 2013 – 2022 decreases. Future ones planned.

Over the next decade or sooner, radically transforming Medicare. Obama wants it privatized. Handed to Wall Street en route to eliminating it altogether.

The same for Social Security. Downsizing Medicaid ahead. Leaving America’s most vulnerable increasingly on their own. Especially when help most needed.

Obama lied promising a public option. Saying he’d “sign a universal health care bill into law by the end of (his) first term as president that will cover every American.”

Marketplace medicine fails when most needed. For most people unable to afford proper coverage.  Predatory healthcare giants reduce competition. Consolidate for greater control. In most US counties, consumers have either one or two insurer choices. Escalating costs. Americans deserve much better than they’re getting.

Stephen Lendman lives in Chicago. He can be reached at lendmanstephen@sbcglobal.net.

His new book as editor and contributor is titled “Flashpoint in Ukraine: US Drive for Hegemony Risks WW III.”

THOUGHTS ON THE EVE OF WAR (Part 2, revised)

The US/China Climate Pact: a Requiem for the Kyoto Treaty

THIS COMMENT IS ENDORSED BY THE GREANVILLE POST SENIOR EDITORS In 2012, I was one of 50 physicians who submitted an amicus brief to the U.S. Supreme Court arguing that the individual mandate of the Affordable Care Act (ObamaCare) was unconstitutional.(1,2) The basic premise was that it was wrong to force people to buy the defective products of predators whose loyalty is to profits for stockholders, not to the welfare of people needing health care, and that there was already a clearly constitutional, single-payer program to provide care for a segment of the popluation: Medicare. The constitutional solution already existed… Read more »