The corporate media campaign against the movie Selma (FAIR Blog, 1/8/15) continues–the kind of barrage of criticism you don’t see unless something has hit a nerve.

The latest pundit to pile on–just in time for the Martin Luther King holiday–is New York Timescolumnist Maureen Dowd (1/17/15), who complains of the filmmaker Ava DuVernay’s “portrayal of Lyndon Johnson as patronizing and skittish on civil rights.”


Writes Dowd:
.
Instead of painting LBJ and MLK as allies, employing different tactics but complementing each other, the director made Johnson an obstacle.Getting up on her highest of horses, Dowd pronounces, “On matters of race–America’s original sin–there is an even higher responsibility to be accurate.” 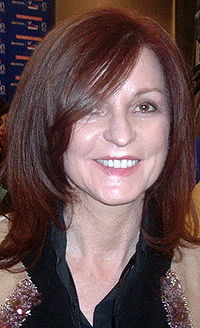 Dowd, on a high perch.  (R. Huffstatter, via flickr)

Yes, it is important to be accurate on matters of race–particularly for white columnists lecturing African-American directors about black history.

For example, Dowd writes that

LBJ loyalists…said that the president did not…let J. Edgar Hoover send a sex tape of her husband to Mrs. King. (Bobby Kennedy, as JFK’s attorney general, is the one who allowed Hoover to tap Dr. King.)

Dowd appears not to know that when Hoover passed along evidence of King’s infidelities, the Johnson White House’s actual response (as conveyed by Walter Jenkins, Johnson’s No. 1 aide), was that the FBI could perform a good service to the country if this matter could somehow be confidentially given to members of the press.

(The transcripts of the Church Committee investigation, which looked into the FBI’s surveillance of King as part of its inquiry into intelligence abuses, are a valuable corrective to the idea that the Johnson White House was either unaware of or somehow an unwilling participant in the FBI’s anti-civil rights activities.)

Nor is there any indication in Dowd’s column that she knows that when King asked Johnson about voting rights, Johnson replied, “Martin…I’m going to do it eventually, but I can’t get voting rights through in this session of Congress.” Or that Johnson is on tape saying of King, when he was using the protests in Selma to push for that Voting Rights Act anyway, “He better get to behaving himself or all of them are going to be put in jail.”

Dowd is outraged by the fact that Johnson was depicted as an “obstacle.” But the activists in Selma clearly saw him as an obstacle; why else would they have staged sit-ins at the White House and Justice Department? Did the columnist forget that part of the movie? Imagine that it was made up?

Or perhaps Dowd thinks she knows better than the activists at the Student Nonviolent Coordinating Committee how civil rights organizing should be done. If only she had been around back then to tell them who their friends really were.

She could have also helped out if Martin Luther King had let her see a draft of his “Letter From a Birmingham Jail.” (4/16/63). In that letter, King wrote:

We know through painful experience that freedom is never voluntarily given by the oppressor; it must be demanded by the oppressed. Frankly, I have yet to engage in a direct action campaign that was “well-timed” in the view of those who have not suffered unduly from the disease of segregation. For years now I have heard the word “Wait!” It rings in the ear of every Negro with piercing familiarity. This “Wait” has almost always meant “Never.” We must come to see, with one of our distinguished jurists, that “justice too long delayed is justice denied.”

Dowd could have set him straight: If you would only just wait, people in power will give you your freedom. They may be employing different tactics–but they are your allies, not obstacles.

It’s not hard to understand why, when she sees a white liberal being portrayed as “patronizing”–Dowd takes that personally.