Home ABOMINATIONS Why is Hollywood Rewarding Claire Danes and Mandy Patinkin for Glamorizing the CIA?

Why is Hollywood Rewarding Claire Danes and Mandy Patinkin for Glamorizing the CIA? 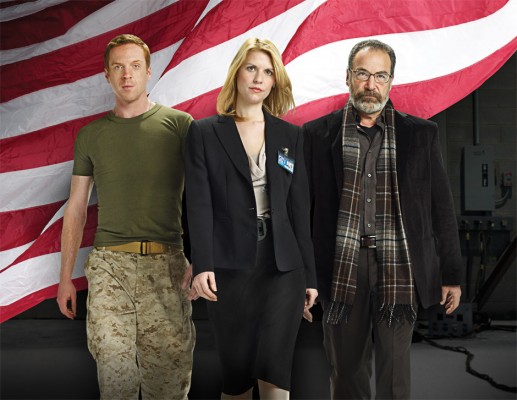 [dropcap]T[/dropcap]he Screen Actors Guild has nominated Claire Danes of “Homeland” for its Best Actress Award.  It has also nominated Danes, Mandy Patinkin and the rest of the “Homeland” cast for the Outstanding Ensemble Award.

The Hollywood Foreign Press Association nominated Danes for its Golden Globe Award.  Danes did not win, but the nomination was a valuable honor for her, and for “Homeland.”

In addition, “Homeland” will be a strong candidate for Emmy nominations, in several categories (Best Drama, writer, director, etc.) in June.

“Homeland” dramatizes the actions of a fictional Central Intelligence Agency.

The CIA is pleased with the way it is portrayed on “Homeland.”  The Agency invited the show’s cast and producers to come on a friendly visit to its headquarters in Virginia.  CIA Director John Brennan gave actor Mandy Patinkin (Brennan’s fictional counterpart) a tour of his office.  USA Today reported,  “Patinkin … was struck by the CIA director’s sincerity. ‘I thought he had a wonderful heart,’ [Patinkin] said.” 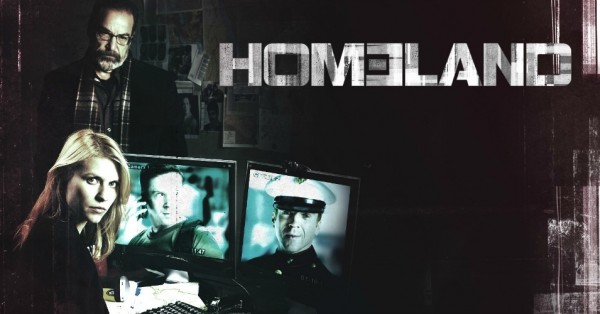 I believe that most creative endeavors in film and television have a moral dimension.

Specifically, I believe there can be a powerful connection between real-world government criminality and the mass entertainment which we, the people, consume.

Well-crafted dramas can promote our tolerance of immoral behavior. Actors physically embody the moral implications of the story they help to tell.  For two years, beginning in 2001, I acted in a CBS series, “The Agency.”  It showed glimpses of the darker side of the CIA, but each episode implied that the Agency’s morally questionable actions were necessary to safeguard the American people, and therefore, not immoral.  Not evil.  Taking money for spreading that lie plagued my conscience.

“Giving members of the “Homeland” cast a Screen Actors Guild Award would be tantamount to rewarding them, and their show, for promoting the C.I.A. and its criminal practices.”

The greatest shame of my career was a  fall 2002 episode which dramatized, convincingly, the proposition that Iraq’s Saddam Hussein was actively engaged in the development of nuclear weapons.  The Bush Administration was warning Americans that the WMD “smoking-gun” could appear in the form of “a mushroom cloud.”  And on “The Agency,” we were confirming Bush’s lies in the minds of viewers in at least 13 million households.   Members of Congress were nervously contemplating a resolution giving Bush the power to invade Iraq, and more than 13 million of their constituents were seeing persuasive dramatic “proof” that an invasion was indeed necessary.  That hour of television drama was one effective salvo in the larger propaganda war.  We all know what followed.  I’ll always regret that I didn’t have the courage to quit “The Agency.”

“Homeland” is more popular and highly esteemed than “The Agency” was.   “Homeland” is produced by Howard Gordon and Alex Gansa.  The show is a continuation of the flattering posture which they adopted toward the CIA, as producers of Fox’s “24.”  Gordon and Gansa are masterful at playing on the audience’s post-9/11 paranoia.  They employ outstanding skills to keep us in suspense, and our fears incline us to tolerate crimes we’d ordinarily find inexcusable.

I believe that writers, directors and actors all share responsibility for the world-view and the moral values a film or TV show promotes. 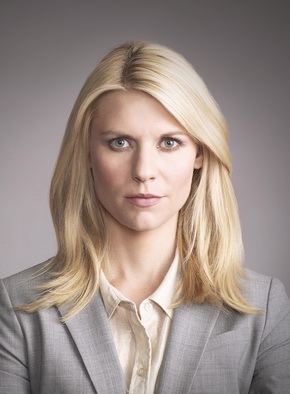 As the recent Senate Intelligence Committee Report makes clear, one of the C.I.A.’s most atrocious crimes has been the routine torture of detainees.  Kiefer Sutherland and the producers of “24” succeeded where Dick Cheney and Donald Rumsfeld struggled:  they made torture morally acceptable in Bush’s America.  And, thanks to the Senate Report, we now have some idea of how wantonly the C.I.A. exploited that popular tolerance.

In Gordon and Gansa’s new show, Claire Danes follows in Sutherland’s footsteps, as C.I.A. officer Carrie Mathison, and “Homeland” is even more openly friendly to the C.I.A. than “24” was.

“Homeland” makes  a hero of Mathison who orders Predator drone attacks from her new post in Pakistan.  It shows that she is guilty of the murder of innocents, but, in the end, “Homeland” justifies and condones the real-life CIA practice of murder-by-drone, and its horrific “collateral damage.”  Despite her crimes, Danes’s Mathison remains sympathetic and admirable.

Under Barack Obama, the CIA has dramatically expanded its drone-homicide program, the perfect expression of malice and cowardice.  Obama has revealed that “Homeland” is one of his favorite television shows.

It’s troubling to me that The Hollywood Foreign Press Association nominated Danes for a Golden Globe, and that the Screen Actors Guild, has nominated her and the cast of “Homeland,” including Patinkin, for SAG Actor Awards.

I can only express the hope that SAG and Emmy voters will consider the voice of their consciences, as well as their personal artistic standards, when they cast their ballots.  Whatever their final conclusions may be, I hope they will allow the moral dimension to have a place in their own, private evaluations.

I myself would expect to be judged, not only on my performance in a project, but also on the moral values of the film or TV program in which I choose to exercise my skills.  I received favorable reviews for my performances on “The Agency,” but the last thing I would have expected was any kind of award for the use of my craft in a deceitful project that condoned grievous crimes, including a catastrophic war of aggression.

The goodness or evil of a fictional character is not the issue.  The moral stance of the movie or TV program is what matters.  “Homeland”‘s Mandy Patinkin skillfully portrays a sympathetic and upright C.I.A. chief, Saul Berenson, who tries to discourage the misdeeds of his subordinates.  Unfortunately, Patinkin’s Good Guy contributes to “Homeland”‘s false portrayal of the CIA as a benevolent, self-correcting institution.

I believe that writers, directors and actors all share responsibility for the world-view and the moral values a film or TV show promotes.

In my opinion, giving members of the “Homeland” cast a Screen Actors Guild Award would be tantamount to rewarding them, and their show, for promoting the C.I.A. and its criminal practices.

I do not advocate censorship.  I just don’t think the legitimization of torture, disinformation, drone-killings, and other crimes should be rewarded.

An Ostentatious Display of Cruelty