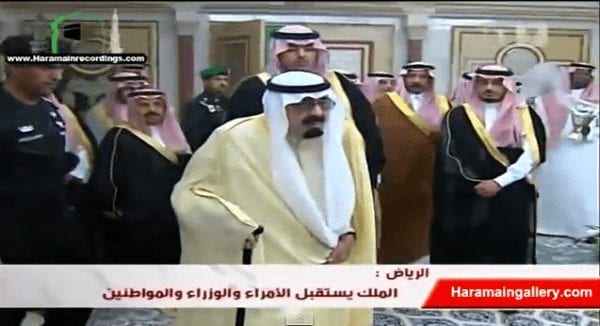 He died on Thursday at 22:00 GMT (5:00 PM New York time). The Washington Post called him “a wily king who embraced limited reform.” The New York Times said he became “a force of moderation.”  A litany of praise followed for one of the world’s most repressive rulers heading a ruthless regime.

James Petras commented earlier. Calling the Kingdom infested with “all the vices and none of the virtues of an oil rich state like Venezuela.” “The country is governed by a family dictatorship which tolerates no opposition and severely punishes human rights advocates and political dissidents.” 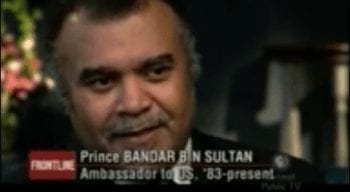 Obama paid tribute to his “valued” ally. Saying “(t)he closeness and strength of the partnership between our two countries is part of King Abdullah’s legacy.” One rogue leader praised another. Obama ludicrously claimed Abdullah “took bold steps” for regional peace. Rogue leadership best describes him. A longstanding destabilizing influence. Partnered with Obama’s war on Syria. Supporting extremist takfiris against Assad. Supplying them with chemical and other weapons. Relatively few in number IS beheadings make headlines. Longstanding Saudi practice gets practically no attention.

A rare October 2014 Newsweek article headlined “When It Comes to Beheadings, ISIS Has Nothing Over Saudi Arabia.”

On average, one every four days. Along with other horrendous forms of punishment. Including whippings involving hundreds of lashes. Sometimes 1,000. Administered about 50 at a time. Too many at once assures extremely painful death.

Newsweek said beheadings occur in public. “People…gather to watch…” British author John R. Bradley calls them the “only form of public entertainment” besides football.  One Saudi executioner, Mohammed Saad al-Beshi, said he beheaded up to seven prisoners a day. Calling it “God’s work.” Newsweek’s article is the exception proving the rule. Virtually none of this makes Western headlines. Especially in America.

Horrific Saudi crimes aren’t reported. Obama turned truth on its head calling US/Saudi ties a “force for stability and security in the Middle East and beyond.” The State Department publishes annual human rights reports on over 190 countries. Its latest in April 2014.

“(O)vercrowding in prisons and detention centers…”

“(D)enial of due process; arbitrary arrest and detention…”

“Violence against women, trafficking in persons, and discrimination based on gender, religion, sect, race, and ethnicity (remain) common.”

“Lack of governmental transparency and access made it difficult to assess the magnitude of many reported human rights problems.”

Known abuses include “arbitrary and unlawful deprivation of life.” State-sponsored kidnappings and disappearances.

“Torture and other cruel, inhuman, or degrading treatment or punishment.”

No due process or judicial fairness whatever. Thousands of political prisoners with no rights whatever. “Arbitrary interference with privacy, family, home or correspondence.” No human or civil rights whatever allowed. Saudi “civil law does not protect human rights, including freedom of speech and the press.”

Asylum granted only “if public interest so dictates.” Refugees and asylum seekers prohibited from legally seeking work. Or have access to education, healthcare, public housing, legal services or other social ones. Significant numbers of Saudi residents are legally stateless. Mostly native born ones.

Saudi citizens have no right to change their government. Saud family members maintain total control. Political parties and similar groups are forbidden. So is the right to organize politically. Collective bargaining rights are banned. Discrimination against women excludes them from most aspects of public life. Government is rife with corruption.

ACPRA is the Saudi Civil and Political Rights Association. Founded in October 2009. Dissolved in March 2013. On March 9, 2013, a so-called Saudi court sentenced two of its leaders to 15 years in prison. For “offenses that included sedition and giving inaccurate information to foreign media.”

“The Saudi Arabian authorities have consolidated their iron grip on power through a systematic and ruthless campaign of persecution against peaceful activists in a bid to suppress any criticism of the state in the aftermath of the 2011 Arab uprisings.”

AI’s report focuses on 11 ACPRA activists. Saudi authorities targeted its founding members. Three currently serve 15-year prison terms. Two are incarcerated without charge. Three others awaited trial when AI’s report was published. Another three were tried. As of last fall they were free. All 11 were harassed. Most were detained short-term or imprisoned for months or years.

Charges besides the one listed above included one or more of the following:

“(B)reaking allegiance to and disobeying the ruler.”

“(I)nciting public opinion against the authorities.”

Equating peaceful demonstrators and dissenters with “terrorism.” According to AI’s report:

“ACPRA members spoke out repeatedly against the detention practices of the Saudi Arabian authorities and were especially critical of the Ministry of Interior and its feared security and intelligence branch, the General Directorate of Investigations (GDI) or al Mabahith, whose officers wield extensive powers and are able to arrest, detain, torture and abuse those they suspect with impunity.”

“(V)irtually all the country’s leading human rights activists are the imprisoned victims of an unrelenting official crackdown on criticism, dissent and other exercise of the right to freedom of expression.”

A Royal shame: Abdullah leaves a legacy of regional militancy