Home AMERICAN EXCEPTIONALISM Benghazi, ISIS, and the Political Use of Religion

Benghazi, ISIS, and the Political Use of Religion 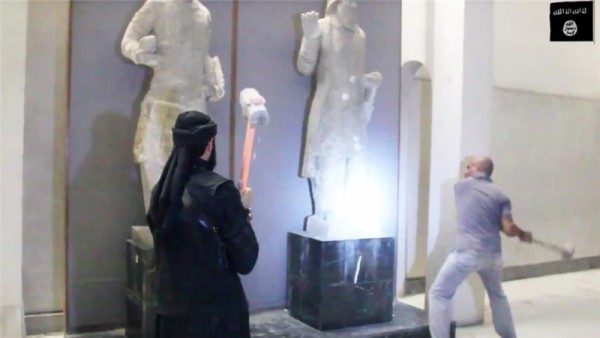 [dropcap]F[/dropcap]irst there was the news of the retaliatory raid by Egypt on ISIS-in-Libya, in response to the horrific beheadings in Libya of Egyptian Coptic Christian migrant workers who happened to be in the very wrong place at the very wrong time.  Then, rather less widely, it was noted (although not widely) that the U.S. did not back Egypt on the raids. Indeed, as it turned out, the Egyptian air force bombed ISIS training camps situated near the country’s border.  It turns out, however, that there are other such camps much further west where several thousand recruits from Tunisia, Morocco, Algeria, Mauritania, and etc. are being trained for eventual disposition to take up their arms as opponents of the Assad Regime in Syria.

It has been known, but not widely reported in the U.S., that the US had a role in originally creating ISIS.  But what does all of this have to do with “Benghazi?”  Well, it turns out that the attack that led to the death of Ambassador Christopher Stevens and three CIA men was actually in response to a CIA operation related to ISIS (again, reported at the time, but not widely in the U.S.).  At the time the incident occurred, I had wondered to myself, “what was the U.S. Ambassador to Libya doing in Benghazi?  Even though there is a U.S. Consulate there, it is known as the hottest spot for terrorist in Libya?  It must have had to do with oil,” I thought, “for Benghazi sits atop the main ‘sweet crude’ reserves in Libya.”  Well, I was wrong.  It had to do, as Seymour Hersh told us, with arms trafficking through Libya to Turkey and thence on to Syria.  Apparently what happened was that one Jihadi group or another, for one reason or another, did not take too kindly to the CIA operation and decided to bring it to an end.

ISIL’s brutality is well established. But it is also discretionary. What purposes does it serve? (PHOTO: Veterans Today.com) 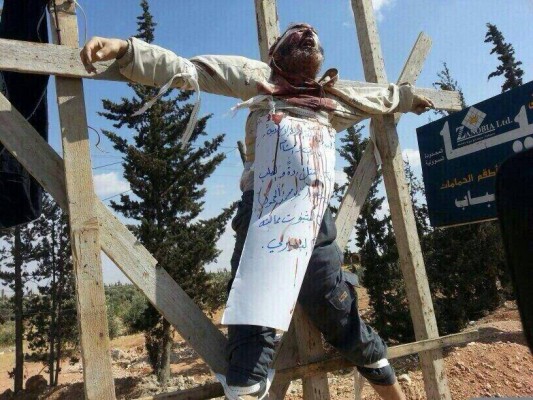 This account is also supported in a book by two former U.S. special ops servicemen.  It is obvious that, assuming that this account is correct, the US Administration could have easily squelched the GOP/Fox”News” “Benghazi, Benghazi, Benghazi” still-not-over rant and their still-ongoing “investigations” (all aimed now of course at derailing Hillary Clinton for 2016), by revealing the truth of Stevens’ mission and its outcome. It is equally obvious that for many reasons they could not possibly do that. 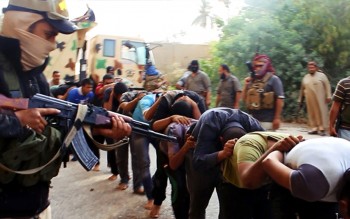 But what about ISIS, then?  The US was either directly, or indirectly involved in setting up ISIS, originally, apparently, as an opponent of a sitting government, that of Bashar al-Assad.  That is, and this is not mentioned too often, we took sides in a civil war, for reasons that are not totally apparent, but which, as usual, are far from honorable, let alone moral.    However, what is apparent, or seems to be apparent, is what ISIS really is and is about: a highly retrograde, fundamentalist, Muslim movement.  But is that really the case?  Well, it’s not quite that simple (even though Fox”News” and the GOP would like us to think that it is.)  ISIS is made up of Sunni Muslims.  The bulk of the command and provisional governmental structure of ISIS is made up of former Iraqi Sunnis, who were dumped following the U.S. invasion.  Dumped from their power positions within the Iraqi military, dumped from their power positions in the Baath Party, dumped from their businesses, dumped from their homes. 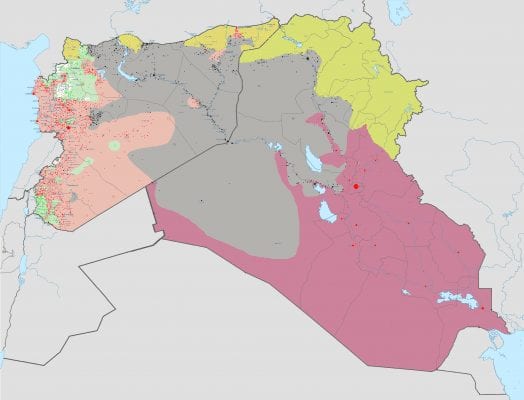 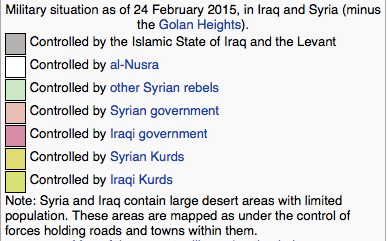 When I started becoming aware of ISIS, one of my first questions was, “what class interests are they serving?”  Well, that is now becoming apparent, or at least it seems so to me.  The horribly reactionary interpretation of Islam is all for show.  The real power in ISIS is the elements of the former ruling class in Iraq, which wants to re-establish itself, with territory, somewhere.  That is one reason why ISIS gets private support from certain elements in the Sunni Gulf States.  These folks were, and presumably still are, like Saddam Hussein himself, highly secular.  But the show of Religious Fundamentalism is highly useful for them, just as it is in any country where it is close to political/economic power.  (Can you think of another example?)

There are several reasons for this.  Terror helps when you are trying to conquer territory that has lots of civilians who are not on your side in it.  Terror is a great recruiting tool, which has been proved over-and-over again in the ISIS experience.  Religious terror, as in this case, helps keep the media away from who is really running the show.  With the black flag, with the talk about “the Caliphate” (which does not have a snowballs chance in you-know-where of ever coming to pass), with the excruciatingly cruel public executions of people for just being who they are (as “Pastor” Charles Worley would do to the LGBT community in the United States), public attention is taken away from the very secular, political, military, and economic forces that are behind ISIS.

This is a prime illustration of the use of religion by political/economic forces.  The ex-members of the Iraqi ruling class could hardly rally people to their cause with slogans wrapped around a mantra of “put us back in control.”   But the religious theme?  Ah yes.  Especially when there are so many forces in the West that are ramping up Islamophobia for their own political purposes.  Just consider what the Propaganda arm of the Republican Party does with it, over and over again.  But it’s never about religion per se.  It’s about the uses of religion.  As I have often pointed out over the years, on the belt buckle of every German Wehrmacht soldier in World War II was the slogan “Gott mit Uns.”

ABOUT THE AUTHOR
[box] Steven Jonas serves as a senior contributing editor with The Greanville Post. His articles have appeared on many venues, including Buzzflash, TPJ, OpedNews, and other leading political blogs. He is the author of more than 30 books, the latest being The 15% Percent Solution, How the Republican Right Took Control of the US (Punto Press). [/box]

* Aljazeera, which released the video and other materials, reported ISIL leaders proclaiming:

“Oh Muslims, these artefacts that are behind me were idols and gods worshipped by people who lived centuries ago instead of Allah,” a bearded man tells the camera as he stands in front of the partially demolished winged-bull.

“Our prophet ordered us to remove all these statues as his followers did when they conquered nations.”

ISIL has destroyed a number of shrines, including Muslim holy sites, in order to eliminate what it views as heresy.