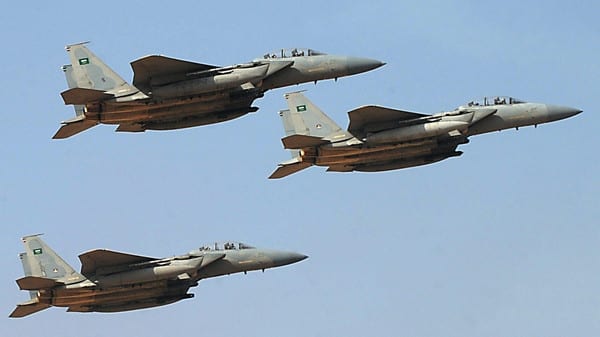 Saudi fighter jets: sowing death and terror as part of the master plan approved by the Saudi royal mafia and Washington’s murderers. (Via flickr)

During US-led NATO’s rape of Yugoslavia, China’s Belgrade embassy was willfully bombed. Claiming by mistake didn’t wash. The Pentagon included China’s embassy on its target list. Yemen is Obama’s war. Saudis and other regional states involved are US proxies.

Months of planning preceded air and naval strikes. Yemeni targets were carefully chosen – among them Russia’s Aden consulate. Maybe its Sanaa embassy is next. 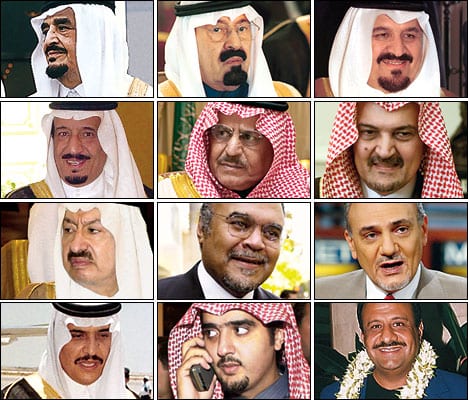 Part of the Saudi Royal mafia. All hardcore reactionaries and Washington’s eager accomplices. Their meddling has helped to keep the Middle East a boiling cauldron of wars, fanatical religiosity, and backwardism.

On April 2, Sputnik News reported Saudi air strikes damaged Russia’s Aden consulate. A source cited said “(t)here is not a single window left.” All Russian citizens may be evacuated from the city. Since conflict began last week, other countries and UN authorities evacuated their citizens and staff from Yemen. Remaining risks death or injury. Sputnik reported Saudi authorities denied a Russian plane sent to evacuate its nationals from Yemen permission to land in Sanaa.

It was forced to divert to Cairo. It’s awaiting clearance to complete its mission. Lebanon’s Mayadeen news channel earlier reported Russia got permission to evacuate its citizens. No official confirmation followed. Sanaa’s international airport director, Khaled al-Shayef, said the aircraft’s “crew made contact with (Saudi-led) forces while flying over the Red Sea.” They “refused to allow the landing and the plane had to fly to Cairo.”

Tass reported Russia’s aircraft was denied landing permission “despite a preliminary reached agreement.” According to Russia’s daily Kommersant, evacuation was delayed until Thursday. A chartered aircraft accompanied by two others is expected to arrive in Sana’a later today – unless again blocked. Plans are to evacuate Russian nationals and citizens of the Commonwealth of Independent States.

“The situation in Yemen is extremely alarming, with dozens of civilians killed over the past four days. The country seems to be on the verge of total collapse.”

ICRC spokeswoman Sitara Jabeen said Saudi-led forces are hampering delivery of vital medical supplies. “The thing is that we have to restock our supplies in Yemen with more supplies,” she said. “If we do not manage to bring these supplies, we would not be able to cope with the situation and the (wounded) would be without treatment.”

“We have been negotiating, but we still haven’t gotten permission” to deliver aid. Overnight Wednesday, Saudi-led terror bombing targeted a Hodeida dairy/juicing facility. Reports indicate at least 37 killed, another 80 injured. Preparations for a Saudi-Egyptian-led ground invasion remain underway – with full US support and encouragement.

Mass slaughter may follow. Millions of Yemenis are at risk. US regional policy is ravaging and destroying another country. A previous article quoted a Yemeni national’s call for help – by email to this writer. It was deeply moving. A second one followed, saying:

I would like to extend my thanks & gratitude for taking our cause seriously. Happy with tears I read your email and your article. On behalf of all war affected people in my country, I highly appreciate your human feelings and noble values in raising our cry to the world.

Also thank you for availing me the chance to communicate with you as u can follow up the news about the air strikes. The situation today is even worse as we witness continuous air strikes & anti-air fighter heavy machine guns with scaring sounds. Also there is restricted movement in streets. Sana’a is dark no electricity, shortage of food supplies and cooking gas.

Petrol stations started closing running short of petrol. I can’t sleep fearing that a missile or bomb might come and hit me with my wife & 4 daughters. It is really a difficult life.

Again thank you for standing with us. I wish all best and kindest regards.

Ahmed speaks for everyone in Yemen and region-wide grievously harmed by US imperial viciousness. Millions of corpses attest to its barbarism. So do countless millions more injured and displaced – their welfare and futures destroyed. It bears repeating what other articles stressed. No nation in human history caused more harm to more people at home and abroad over a longer duration.

None more recklessly threaten world peace. It hangs by a thread.