Home ABOMINATIONS What is lost in Poles’ memories?

What is lost in Poles’ memories? 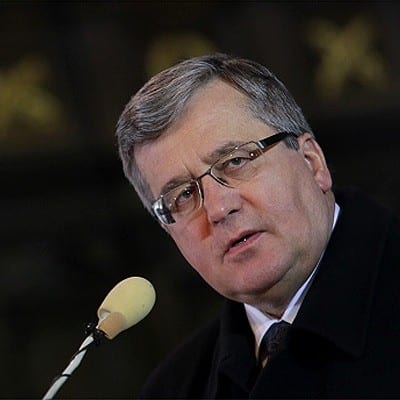 [dropcap]A[/dropcap] few days ago Polish President Bronisław Komorowski (left) proposed a Victory Day parade on May 8 in Westerplatte – a section of Gdansk where World War II began on Sept. 1, 1939. He was supported by Poland’s foreign minister, Grzegorz Schetyna, speaking on Radio RMF. Responding to the host’s question as to whether the Polish proposal was an attempt to undercut the celebrations in Moscow, Schetyna was frank: “It’s natural to commemorate the end of the war at the site where it began… Why are we so accustomed to the idea that Moscow is where we should honor the end of the Second World War, instead of London or Berlin?”

His statement came shortly after the scandal resulting from his claims that the concentration camp at Auschwitz was liberated by the Ukrainians. President Komorowski had to smooth those words, while other Polish officials have brought their apologies to the Russians. 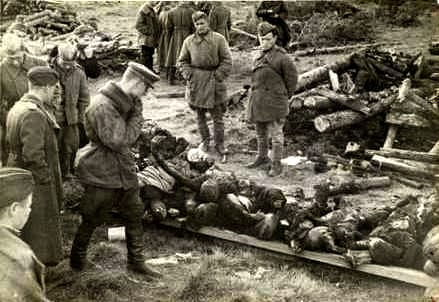 The Auschwitz main camp, the Birkenau death camp and the Monowitz labor camp were liberated by soldiers of the Soviet Union in the First Army of the Ukrainian Front, under the command of Marshal Koniev, on January 27, 1945.

We could see even more fallout from this latest Polish initiative. The strategy to fabricate the history of WWII by presenting Nazi Germany and the Soviet Union as equal “aggressors” was launched years ago. Various distortions and demonization of the 1939 Molotov-Ribbentrop agreement is the cornerstone of this strategy. But the attempts to portray Poland as an innocent victim of World War II, as well as the place where the biggest events of those years took place, do not hold up to any serious inspection. 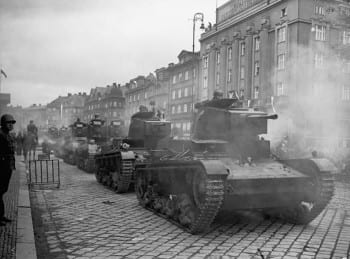 [dropcap]L[/dropcap]et’s start with the fact that the USSR was the last of the major European powers to sign a nonaggression pact with Nazi Germany. Poland was the first to do so, as early as January 1934. Poland’s dictator Józef Piłsudski and his foreign minister Józef Beck saw the Third Reich as an ally in a future war with the Soviet Union. It was Hitler who broke this pact in April 1939, not the Poles.

In October 1938 Poland devoured part of Czechoslovakia along with Germany and Hungary. The Poles’ southern neighbor fell victim to the 1938 Munich Pact, pushed by Britain and France in order to appease Hitler at the Czechs’ expense. The Polish “prize” was  Těšín Silesia (a Czech region which included the third largest city in today’s Czech Republic – Ostrava). So Poland’s claim to be a “guiltless victim of the Soviet-German aggression” is historically untenable.

Schetyna did not mention that Poland has acquired 30% of its current territory as a result of WWII. In 1939 the Poles had only a tiny outlet to the Baltic Sea, but thanks to the USSR they now have a lengthy coastline. They were also given the German cities of Danzig and Breslau, which became Gdańsk and Wrocław. Four million Germans were forced to leave these areas. And those lands were far more developed than Galicia or the Grodno area.

Poland’s claim to be a “guiltless victim of the Soviet-German aggression” is historically untenable. And its ingratitude toward the Soviet Union is equally sordid. Over 600,000 Soviet soldiers and officers died in the battles for Poland.

It would be very ill-advised to hold a parade in Westerplatte just to spite Russia. This is an obvious attempt to gloss over the fact that Westerplatte itself was liberated by that same Red Army in 1945. Over 600,000 Soviet soldiers and officers died in the battles for Poland. The Soviet Union lost a total of 27 million of its own citizens in WWII. 75% of German soldiers and officers died on the Eastern Front. That is why the parade is held in Moscow. 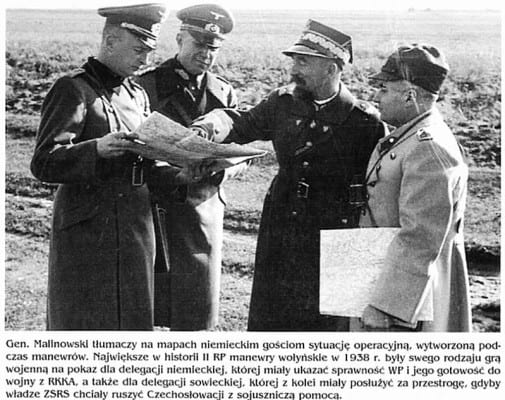 And why should a parade be held in Poland? The Poles did not liberate themselves. Yugoslavia and France had far more powerful resistance movements during the war years. And the local resistance movements truly liberated some of their territory from the occupying powers (this was especially true in Yugoslavia). Consequently, Belgrade has much more reason to hold a parade on May 8. Even Paris has more of a rationale than Westerplatte. 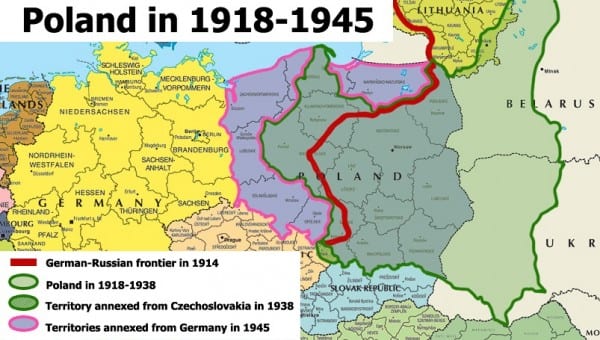 But speaking of places other than Moscow – Prague comes to mind. It was there that the last major European battle of World War II erupted. But Miloš Zeman, the president of the Czech Republic is planning to go to Moscow. It has never occurred to him to try to deny that the Czech capital was liberated by the Red Army. The Nazis occupied Prague even earlier than Poland – in March 1939. So Poland can’t even claim to the first victim.

In principle, there’s nothing odd about having a parade on May 8 in a European capital. But on one condition: the Victory Day parade on Red Square must be held the next day. Replacing one with the other would be seen as an insensitive attempt to rewrite history to suit the whims of the moment. However, it seems that this is exactly what the Polish minister is trying to do.

[box] Vadim Trukhachev has a Ph.D. (History), and serves as Professor of  Slavic Studies at the Russian State Humanitarian University. [/box]

THE POLITICS OF THE BRITISH MONARCHY

The Myths of US Exceptionalism