Redefining our role as Environmental Agents 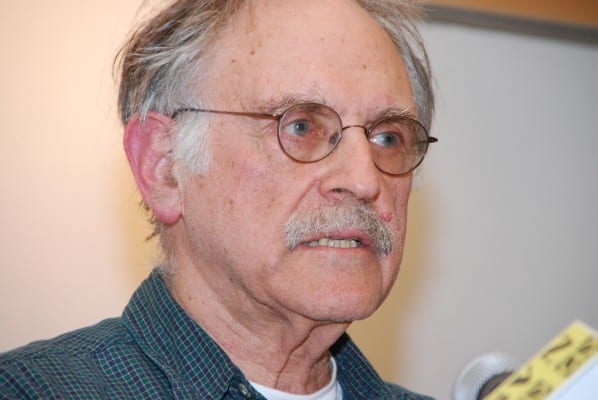 Canadian Dimension: There are lots of serious struggles around the world against instances of environmental destruction, privatization of water and other resources, etc. Yet these efforts are almost always isolated, fragmented, one-off events even within national boundaries, let alone the globe. What needs to be done to create resistance movements at a national and global level? Where will the leadership come from?
.
Joel Kovel: Of key importance is the notion of “environmentalism” itself. The environment is by definition what is outside us rather than something in which we participate and to which we are connected. Environmental thinking conduces to seeing everything in terms of resources and not as an interconnected manifold of ecosystems. Note that this reproduces the economic logic of capitalism itself. At a deep level, capital creates the ecological crisis by monetizing everything in its relentless effort to commodify the world. Isolation and fragmentation is an essential feature of the breakdown of ecosystems; this extends to ways of thinking and seeing for those ecosystems in which we take part. Thus mainstream environmentalism can be said to be part of the problem rather than a move to solve it.
.
This is why it is essential to emphasize the role of capitalism as the “efficient cause” of the ecological crisis. People are more ready to understand this than appears at first glance; once encouraged, they get the idea readily, and then the whole world opens up for them. The ecological perspective is inherently anti-capitalist, insofar as capital destabilizes ecosystems. This is also a way of saying that we need eco-socialism, not environmentalism! Since ecosocialism focuses on empowering human agency rather than technocratic tinkering around the edges, leadership will come from those activists who directly resist capital’s destabilization of ecosystems through building community: people like Lois Gibbs and Chico Mendes.
.


There they go again!
White House Is Lifting Ban on Deep-Water Drilling

By PETER BAKER
1:15 p.m. | Updated WASHINGTON – The Obama administration announced on Tuesday that it is lifting a moratorium on deepwater drilling that was imposed after the BP oil spill after imposing new rules intended to prevent another such disaster.
“We have made and continue to make significant progress in reducing the risks associated with deepwater drilling,” Interior Secretary
Ken Salazar told reporters on a conference call. Therefore, he said, “I have decided that it is now appropriate to lift the suspension on deepwater drilling for those operators that are able to clear the higher bar that we have set.’The administration imposed the moratorium after the blowout of a BP well in the Gulf of Mexico on April 20 led to the largest offshore oil spill in American history. But the White House has come under intense pressure from the industry and from regional officials and businesses that have complained about the economic impact. The moratorium was supposed to run through Nov. 30 but the administration has been working on changes designed to improve safety, oversight and environmental protection standards. The Interior Department nearly two weeks ago issued new rules governing areas like well casing and cementing, blowout preventers, safety certification, emergency response and worker training.
Mr. Bromwich, director of the Bureau of Ocean Energy Management, Regulation and Enforcement, was assigned to draft a report for Mr. Salazar providing a blueprint for safely resuming drilling. Even after the moratorium is lifted, officials have said it could be weeks or even months before new permits are granted to start up operations again.The moratorium idled 33 deepwater rigs in the gulf, affecting many jobs and triggering anger in the region. Senator Mary Landrieu, a Louisiana Democrat, has blocked the confirmation of Mr. Obama’s nominee to run the Office of Management and Budget, Jack Lew, until the moratorium is eased. Environmentalists have called on the White House to extend the freeze on deepwater drilling and extend it to shallow-water drilling.

Dog sees Dad after being gone over 6 months

Ecosocialism and Ending “Capitalism At Any Price”

The Paris Climate Agreement Is Pure...