Home AMERICAN EXCEPTIONALISM “The Duopoly Watch” : A New Feature for The Greanville Post

“The Duopoly Watch” : A New Feature for The Greanville Post 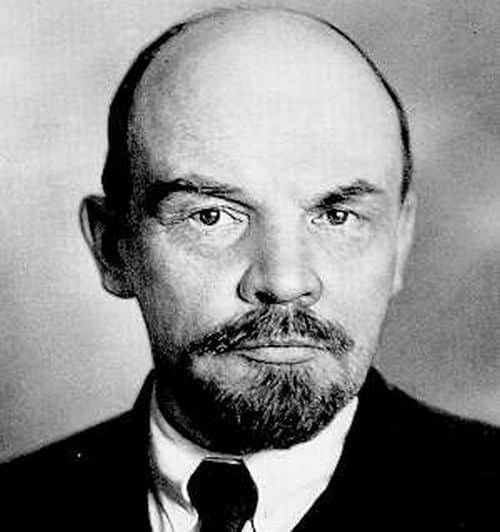 [dropcap]A [/dropcap]now somewhat obscure Russian political scientist named Vladimir Ilyich Ulyanov lived from 1870 to 1923.  (He is rather better known by his nom de guerre “Lenin,” as the leader of the Russian Revolution.)  Ulyanov was a very prolific writer.  In this writer’s view, his three most important works were “What is to be Done?” (1902) about the organization, structure, function, and role of a socialist revolutionary party, the remarkably prescient “Imperialism, the Highest form of Capitalism,”  (1917), and “The State and Revolution”  which, among other things, deals with the nature of the state apparatus under capitalism, and also has a lengthy discussion of the role and structure of the state apparatus in a future socialist nation.

It is important to understand that the state apparatus never exists independently of the economic system of the country within which it stands. Rather it is there to make sure that it, the economic system, stays firmly in place.  The disagreements between political parties in the capitalist nations come over how best to go about maintaining the ruling class’s control, the ruling class being those individuals, corporations, organizations, and interests that have their hands on the levers of economic [and consequently political] power in the nation.

Concerning the nature of “constitutional democracy” under capitalism, Ulyanov himself put it this way:

“To decide once every few years which member of the ruling class is to repress and crush the people through parliament – this is the real essence of bourgeois parliamentarism, not only in parliamentary-constitutional monarchies, but also in the most democratic republics” . 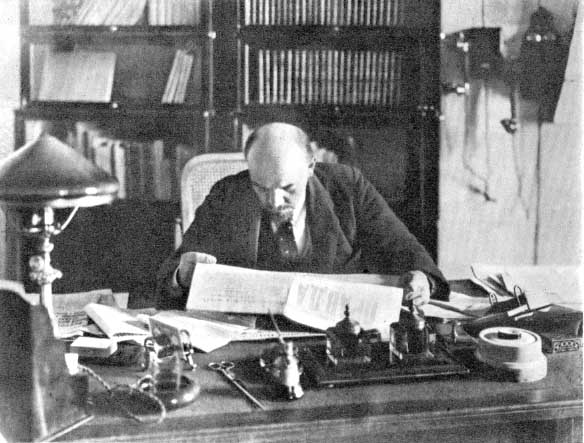 Lenin at his desk. An encyclopedic reader, and disciplined thinker who strove for grounding every conclusion in the ultimate, incontrovertible reality of events, his insights into the nature of the bourgeois state have not lost their power to explain contemporary history.

In the United States, as in most developed capitalist nations today, there is a dominant Political Duopoly.  Indeed the Democrats and the Republicans do have significant policy differences, but those policy differences are over the question of how to best preserve, protect, and expand capitalism, just as Ulyanov said above.  There are also some very significant differences within each of the two major parties about policy and about how they should go about gaining and keeping the levers of power, especially in a nation that has such an incredibly complex system of government.  It is complex at the Federal level, with the three supposedly equal branches of government, and it is complex because of the distribution of power and sovereignty between the Federal government and the states.  The nature of both distributions has been the subject of constant conflict since the founding the nation in 1789.  But again, those conflicts are never over the question of: “might there not be a better system of control of the productive resources in our society that could benefit everyone, not just for the most part those who happen to own the bulk of them.”

Congressional players Joe Biden and Paul Ryan: at the end of the day bosom buddies in what is in essence a bipartisan project. (DonkeyHotey, flickr)

[dropcap]T[/dropcap]his ongoing series of Commentaries will be concerned with U.S. party politics, with the role and function of the political parties, with the election campaigns and what they are really about, with what’s going on within both parties (of course, the Repubs make such an easy target that perhaps more attention will be paid to them, but I shall not forget the Democrats either).  It will also consider from time-to-time, for example, Constitutional questions, historical matters such as the influence of the Southern victory in the Civil War (yes, it did) [] on the structure and function of our nation today, the special role, in contrast with every other parliamentary “democracy” in the world today, that religion plays in the politics and governance of the United States, and U.S. foreign policy.  On occasion too I will deal with matters not directly concerning the US Political Duopoly, such as in an upcoming column on “The Historical Stages of anti-Semitism.”  For those I will note that the column is an exception to the theme, although once I get going on it, it may simply turn out, at least in part, to be another variation on the theme.

I am looking forward very much to this undertaking and I thank my friend, comrade, and (too [!]), Editor/Publisher, Patrice Greanville for providing me with this opportunity.  It is going to be a fun ride (fun in the sense of having the opportunity to engage in such analyses on an ongoing basis) and I look forward to having you join me for it, at least from time-to-time.

History Revisited: The Fall of Kiev to the Nazis in WW II