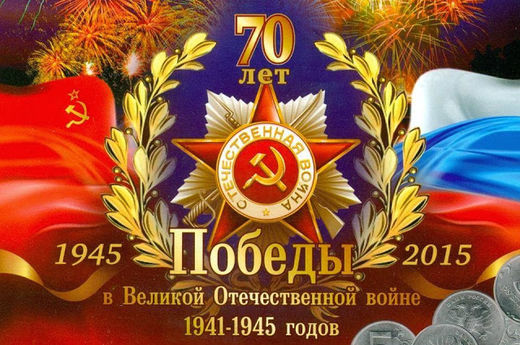 [dropcap]Seventy years ago[/dropcap] the Soviet Union crushed Nazism in Europe. Millions died in the struggle. Today, the civilized world joined together in Moscow in celebrating the victory over fascist pathocracy. The leaders of the West did not attend. The reason is simple. Nazism may have been defeated in Germany, but it has lived on ever since in the United States, and it has made a recent resurgence in Ukraine. To attend such a celebration would be an unthinkable violation of fascistic, psychopathic Western values.

So with that said, here’s a run-down of some of the highlights from the parade. First of all, the parade itself:

Next, some history, courtesy of South Front:

Great Patriotic War: To the 70th Anniversary of The Great Victory, War scenes

New Eastern Outlook has also created a stunning video in remembrance of the great sacrifice Russians gave, something that too many have forgotten, or cynically denied:

Putin delivered a heartfelt speech at the celebration. Here’s the video.

And here’s the transcript. An excerpt:

Hitler’s reckless adventure became a tough lesson for the entire world community. At that time, in the 1930s, enlightened Europe failed to see the deadly threat in the Nazi ideology.

Today, seventy years later, history calls again to our wisdom and vigilance. We must not forget that the ideas of racial supremacy and exclusiveness had provoked the bloodiest war ever. The war affected almost 80 percent of the world population. Many European nations were enslaved and occupied.

… in the last decades, the basic principles of international cooperation have come to be increasingly ignored. These are the principles that have been hard won by mankind as a result of the ordeal of the war.

We saw attempts to establish a unipolar world. We see the strong-arm block thinking gaining momentum. All that undermines sustainable global development.

The creation of a system of equal security for all states should become our common task. Such system should be an adequate match to modern threats, and it should rest on a regional and global non-block basis. Only then will we be able to ensure peace and tranquillity on the planet.
…
These parade ranks include grandsons and great-grandsons of the war generation. The Victory Day is our common holiday. The Great Patriotic War was in fact the battle for the future of the entire humanity.

Our fathers and grandfathers lived through unbearable sufferings, hardships and losses. They worked till exhaustion, at the limit of human capacity. They fought even unto death. They proved the example of honour and true patriotism.
…
We bow to those who died from famine and cold in the unconquered Leningrad, to those who were tortured to death in concentration camps, in captivity and under occupation.

We bow in loving memory of sons, daughters, fathers, mothers, grandfathers, husbands, wives, brothers, sisters, comrades-in-arms, relatives and friends – all those who never came back from war, all those who are no longer with us.

Putin himself took part in the Immortal March, carrying a portrait of his father, who fought in the war. 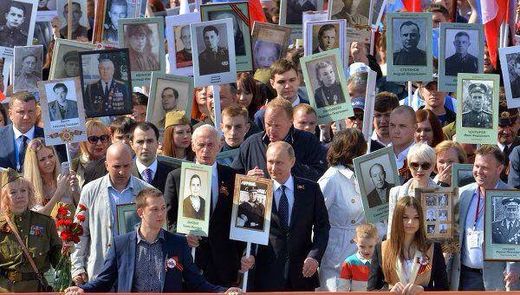 And now, some of my favorite pictures from the parade: 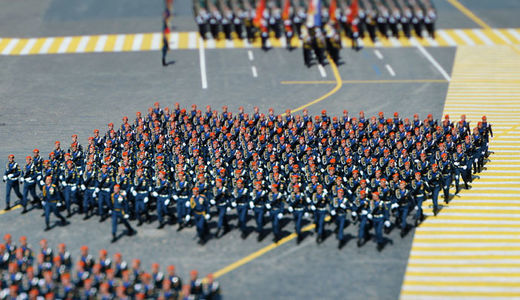 Ceremonial unit soldiers at the military parade to mark the 70th anniversary of Victory in the 1941-1945 Great Patriotic War. 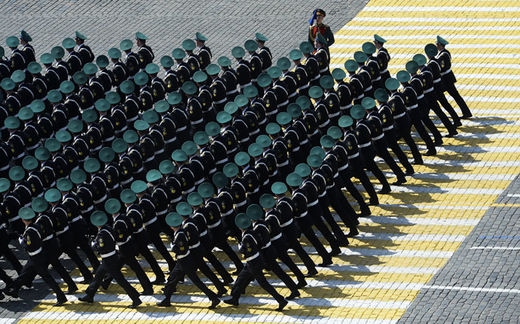 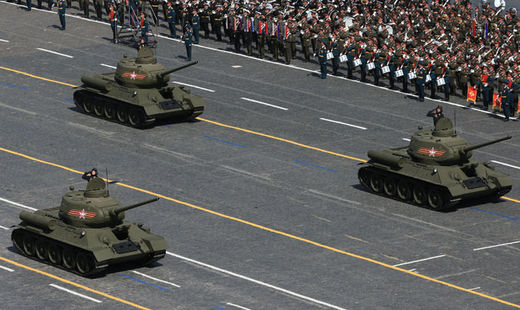 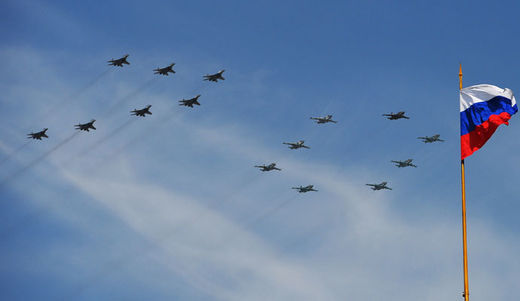 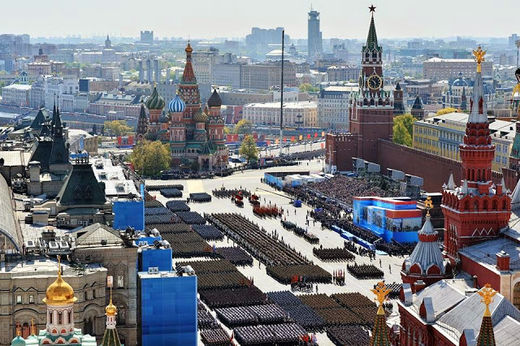 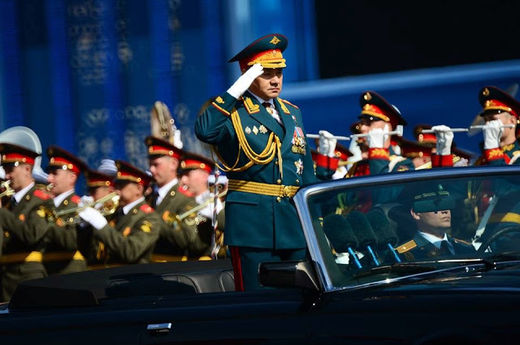 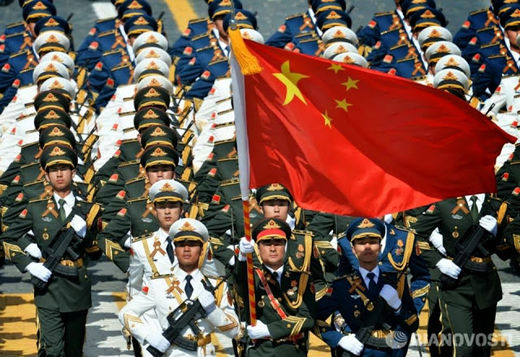 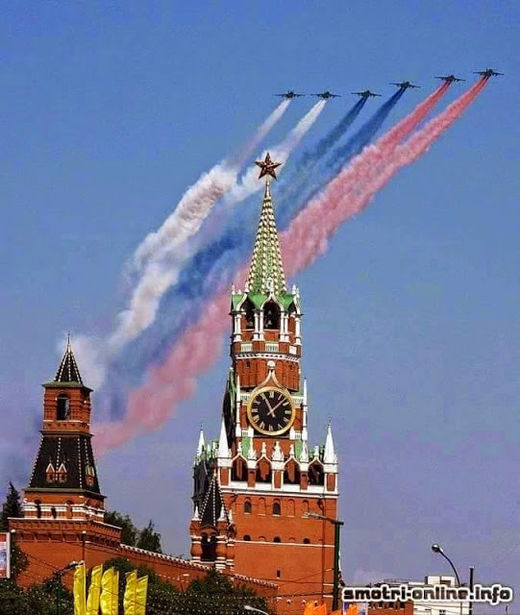 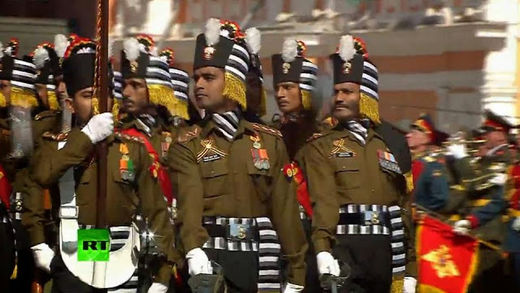 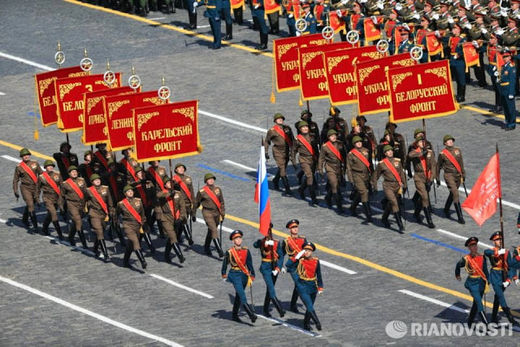 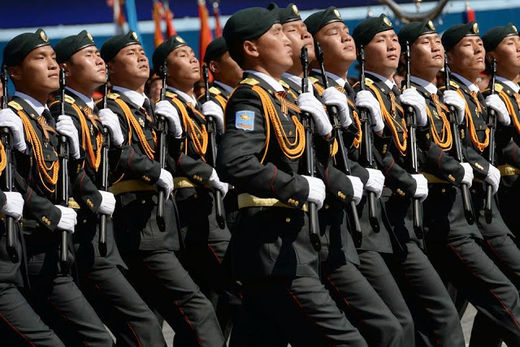 You can view more pictures here and here.

But while all these nations celebrate the victory against Nazism, the disease still runs rampant in various nations. In response to Kiev’s recent Victory Day propaganda, Russians have created their own graphics, showing the reality of present-day Ukraine. So, to close, here are some of those creations. The Soviet Union may have won WWII, but Nazism is alive and well, right on the Russian Federation’s border. You know what they say about history… 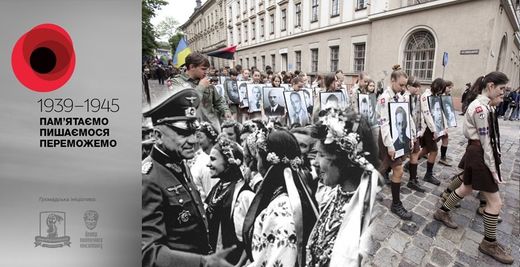 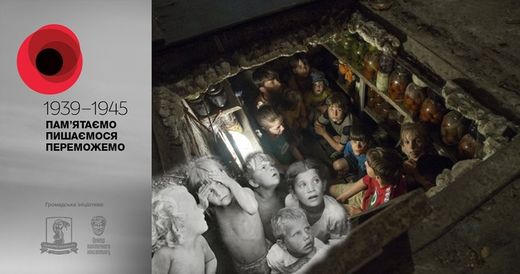 Harrison Koehli hails from Edmonton, Alberta. A graduate of studies in music performance, Harrison is also an editor for Red Pill Press and has been interviewed on several North American radio shows in recognition of his contributions to advancing the study of ponerology. In addition to music and books, Harrison enjoys tobacco and bacon (often at the same time) and dislikes cell phones, vegetables, and fascists.