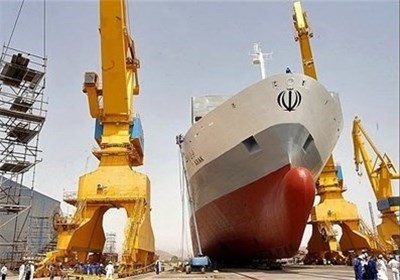 Washington wants mass Yemeni casualties. It prioritizes overwhelming human suffering as a strategy to defeat resistance to its proxy war of aggression.

Iran is the region’s most prominent peacemaker. It vows not to let Yemen become another Gaza. It intends trying to deliver vital humanitarian aid despite US/Saudi efforts to block it.  On Saturday, a cargo ship named “Rescue” set sail for Yemen. It carries 2,500 tons of medical supplies, food, water, tents and other needed aid.

On board are human rights workers, doctors, other medical professionals, anti-war activists and Iranian journalists. A joint statement from Code Pink Women for Peace, the International Action Center, the United National Anti-War Committee and US Veterans for Peace said:

“We are part of a humanitarian mission being carried out by the Red Crescent Society of the Islamic Republic of Iran. We are attempting to bring medical supplies, flour, and water to the people of Yemen.”

“Everything on the ship has been carefully checked to make sure that nothing that could be considered a weapon is on board.”

“Blocking the delivery of humanitarian aid is an extreme violation of international law. As our craft propels itself through the Persian Gulf, we are loudly urging no one to interfere with this peaceful humanitarian mission.”

“As citizens of the western world, nothing disturbs us more than the fact that the cruise missiles and other weapons being used to terrorize and kill innocent Yemenis, are provided by the United States government.”

The US claims phony concern for human rights at the same time it ruthlessly “isolate(s) and demonize(s)” independent countries. It “coddl(es) the Kingdom of Saudi Arabia, one of the most blatant human rights violators on the planet.” It represses its own people and others “throughout the region.”

“The people of Yemen have long been held down by a corrupt undemocratic regime backed by Saudi Arabia and the United States.”

Yemenis “r(ose) up in revolution” against what they refused to tolerate any longer. “The Ansarullah (Houthi) organization is at the center of a broad coalition of forces that is writing a new constitution. Popular Committees have sprung up all across the country.”

Washington and Riyadh want despotic business as usual which they can control.

“We call for all parties involved to lay down their weapons and enter the process of peaceful negotiations, and continue with the democratic national dialogue that’s taken place over the last three years,” the joint statement continued.

Rescue‘s captain, Vahid Soltaninejad, said the vessel will travel through the Persian Gulf, Strait of Hormuz, Gulf of Oman, and Arabian Sea into the Gulf of Aden. It’ll either remain offshore in international waters or head to Yemen’s Hudaydah port.

“The people of Yemen have long been held down by a corrupt undemocratic regime backed by Saudi Arabia and the United States.”

Afkham called on UN officials to act responsibly – to demand aggression on Yemen to end, to let humanitarian aid enter unimpeded.  Seventeen humanitarian aid agencies working in Yemen condemned US-orchestrated/Saudi-led terror bombing and shelling. (But the average American never heard of it, you can bet on that!—Eds)

On Monday, Save the Children’s Yemen director, Edward Santiago said:

“The indiscriminate attacks after the dropping of leaflets urging civilians to leave Saada raises concerns about the possible pattern being established in breach of international humanitarian law.”

“We have seen in the last days that the warnings have not been enough to spare civilian lives. At the same time people are largely unable to flee for safety because of the de facto blockade imposed by the coalition leading to severe fuel shortage.”

Norwegian Refugee Council Yemen director Hanibal Abiy Worku said “(w)e are concerned that the ongoing intensive bombing of Saada Governorate will do little to encourage all parties to the conflict to abide by the preconditions of the ceasefire.”

“(E)ven if a five-day ceasefire goes ahead, the overwhelming scale of humanitarian needs on the ground means that it will make little difference to the lives of millions of increasingly desperate people.”

CARE International called for a longterm durable solution. All 17 aid agencies urged an immediate, permanent ceasefire and end to blockade as the only way to end the suffering of millions of Yemenis.

A 5-day truce resolves nothing. Lack of fuel alone presents a major challenge. Aid agencies said they can’t operate without it. They won’t be able to deliver aid if it arrives.

Riyadh intensified terror-bombing at the same time it announced a 5-day pause. It exposes the hypocrisy of its proposal. The only solution is total unconditional cessation of US-orchestrated aggression, dialogue over confrontation, and universal condemnation of another US imperial war using Saudis as convenient proxies.