Mozgovoy’s Murder and the Role of Western Journalists

A meditation on the rights and responsibilities of ‘global journalists and analysts’.

[dropcap]T[/dropcap]he murder of Aleksey Borisovich Mozgovoy on 23 May 2015 sent shock waves through Novorossiya, its citizens and fighters, and the community of those closely following the unfolding events in Ukraine and Novorossiya. 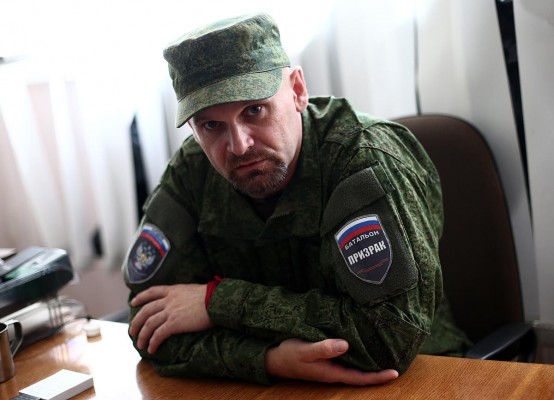 Aleksey Mozgovoy, a Don Cossack, and commander of the “Ghost Brigade.”

Due to the nature of reporting, journalism, and in maintaining the balance between accuracy and “getting the scoop”, it can be difficult to give information which is simultaneously verified and timely.
…
What is immediately conclusive is that the Mozgovoy killing was not accidental, and was a murder.
…
The BBC ran an interesting headline, wherein they placed skeptical scare quotes around the word ‘killed’, in reporting on this murder. First, we can distinguish between scare quotes and quotes.  “Killed” would be in reference to ‘as reported’.  But ‘killed’ means what it feels like it means.

What is the purpose of using the scare quotes?  Rather than try to either argue, make a case, or explain what ought to already be known, let us make use of an instance where wikipedia editors have well explained this rather uncontroversial and well established usage in the English language.
…

..
It might make sense if “murdered” were put in scare quotes or quotes, (it is “according to someone else” or it is “disputed or unreliable” in some way) but it is sneering and even pedantic to put ‘killed’ in scare quotes.
…
Let us compare this use of scare quotes to other stories about killings from the same news cycle, also at BBC’s news site. 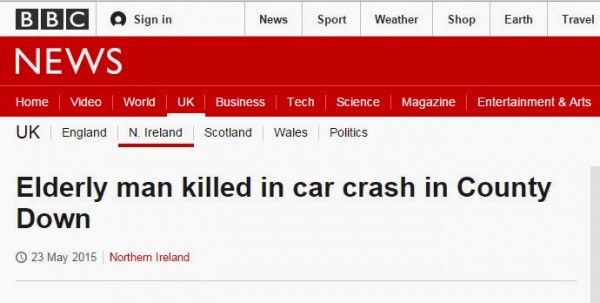 ..
Clearly this killing is more like the Mozgovoy killing in every way, and yet no scare quotes. It is probably not necessary to comment further on this part.
..
What about ‘alternative’ media western journalism?
..
Within the universe of Novorossiya-sympathetic online news in the English language, we face a number of obstacles in unraveling this tragedy.
..
The first is that, however much we try to understand some of the more complex dynamics and possible scenarios behind this murder, there are any number of detailed accounts, opinions, facts, and elements of nuance involved which really prohibit our ability to arrive at anything approximating a conclusion.  This is true even in the case of our own site, Fort Russ, with several translators fluent in Russian and English, who regularly read and dig up stories and leads from Russian media and the Russian blogosphere alike.
..
Even with these resources and aptitudes, it is not necessarily possible – in fact it would be surprising if it was – to be better familiar with the facts than those closer to the events in terms of both location and the inter-personal relationships of everyone involved.
..
Still, it is justified and even useful, in terms of journalism and analysis, to look what people closely connected have said, are saying, and to also include our own insights, experience, and knowledge of the surroundings and context.
..
But western journalists are not the standard bearers of truth and accountability, and it leaves a bad taste in the mouth to, somewhat arrogantly, ‘call on’ the officials in Novorossiya or Russia to ‘thoroughly investigate’ the murder.
..
If Mozgovoy was a journalist, then we as journalists analysts, or in short those involved in that field, could say we have a direct and professional interest in calling on authorities to use every resource at their disposal to conduct a competent investigation, the findings of which ought to be characterized as transparent.
..
But Mozgovoy was not a journalist, and while his fate and the consequences of this murder will have some (at this time unquantifiable) effect on the outcome of this conflict, and through several layers and by extension, even if somewhat remote, therefore “all of us”, it is not prudent to insert ourselves as the primary grouping to which answers are owed.
..
On the face of it, this rather entitled demand does several things.  It mirrors the same western imperial hubris exhibited by western governments and legacy media organizations in the west;
i. that those in the ‘rest of the world’ owe ‘us’ answers,
ii. that those in the rest of the world are not capable of responding responsibly to their own constituencies to whom they are actually responsible
iii. that western journalists are in the best position to evaluate and determine the thoroughness and transparency of such an investigation, and finally,

iv. that without such a demand from ‘us’, a thorough and transparent investigation either is not already taking place or would not have otherwise taken place.

But aren’t we all citizens of the world?  Don’t we all have the right to hold governments around the world responsible?
..
No, we are not and we do not; not in the legal sense nor in the moral sense.
..
Rather it is those who must vote, work, pay taxes, who face potential persecution or repression at the hands of their own authorities or who, conversely, have the right to engage in a political struggle to themselves assume the role of authority in the local area (country, region, province, city, county, etc.) – indeed these are the interested parties, i.e. the citizens from whom all legitimate questions can originate, and to whom all questions are owed.
..
It is those who will most immediately and most concretely live with the consequences – that is – not by extension and not in the world of affinities and ideals – who have the right to make demands.
..
It is the US, the EU, and the various western backed NGO’s in the world who operate on the very same ‘global citizen’ conception of rights and responsibilities which characterizes the social culture of globalization in late modernity that acts against sovereignty.  It is this, which is in no small way, a significant part of the belief system in the west that has justified most of the western-initiated wars since the collapse of the USSR.
..
Surely, as human beings, we are often at our best when we base our hopes on humane and brotherly feelings, feelings and beliefs rooted in the finer ideals and moments of beauty in our shared human experience.  We are right to have feelings, we are justified in hoping for the best, and in raising awareness – even inspiring activism – to engage people and each other, to make political and social change. But there are lines and limits, boundaries, responsibilities, and a hierarchy of rights and privileges which absolutely lend primacy to and recognize the agency of those people concretely and actively ‘on the ground’ and directly responsible for the outcome of those events.
..

To ignore this, and to yell ‘charge’ from the safety of a location far removed, either in terms of thousands of kilometers or scores of years, is to engage in a form of moral hazard.

[box] JOAQUIN FLORES serves as senior editor for special geopolitical analysis. He is also the founding editor and director of the Center for Syncretic Studies (CSS) in Belgrade, Serbia.  [/box]