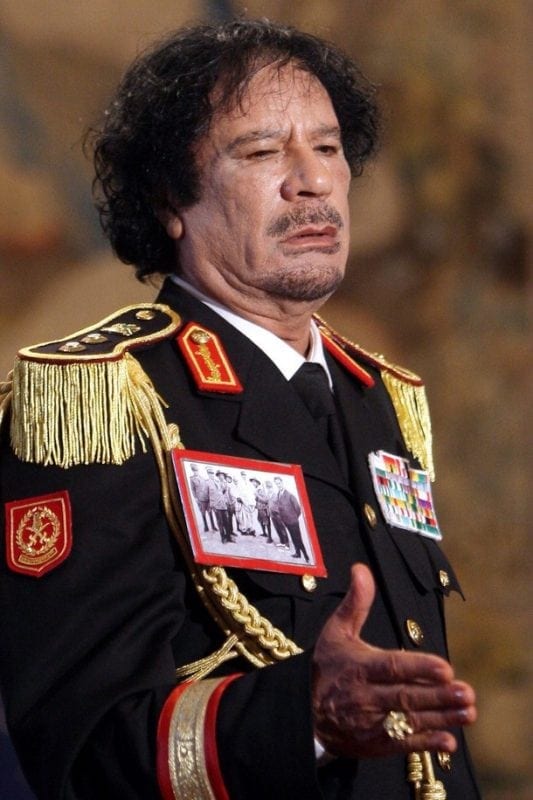 I am in shock!

Since reading a recent article on OpEdNews, I have been hovering somewhere between appalled and paralyzed.

While I don’t claim to be an expert on all that is going on in this messy world of ours, I do consider myself fairly well-informed. By sourcing a wide variety of news sites from all over the globe, I think generally I have some idea what’s going on “behind the headlines” __ meaning what intrigues and power plays actually drive the more prominent events and crises. These reports often are quite at odds with what folks get from the main stream media here in America.

Quite honestly, however, I never quite got a handle on Libya. I know the U.S. fingered its highly-visible despotic leader, Muammar Gaddafi, for all sorts of things, some true, some never proven. I remember that despite Gaddafi’s denials, he was blamed for the downing of Pan Am Flight 103 over Lockerbie, Scotland in 1988, a horrifying event. I am aware that Ronald Reagan displaying the incredible military prowess and resolve of the U.S. launched air strikes on Tripoli, in retaliation for the bombing of a Berlin disco in 1986. This was part of an ongoing campaign of demonizing Gaddafi for his aggressive anti-corporate, socialist agenda. Going back to 1981, Libya had been under sanctions for suspected involvement in a variety of terrorist activities.

Almost all sanctions were lifted in 2004. Libya renounced weapons of mass destruction. Slowly relations between Libya and the U.S., and Libya and the E.U. normalized, and mutual understanding appeared to be steadily improving over the next seven years.

Gaddafi, of course, was still mocked in the Western press as a wild-eyed dictator. His penchant for always dressing in military uniform, wearing Hollywood sunglasses, and assuming poses of pompous majesty provided lots of ammunition.

This was very one-sided, to put it mildly. Libyans themselves loved their autocratic leader.

They had good reason to, considering how he treated them, the policies he put into place to bring Libya from a miserable, backward, isolated Third World country, to what it was in 2011 when America and NATO turned on him. I will now quote verbatim from the article I mentioned, by the brilliant economic analyst, Derryl Hermanutz, a list outlined originally by Michael Parenti.

Before Libya was destroyed by the violent coup instigated and coordinated by the West, finally brought to a cataclysmic end with NATO’s bombing of Gaddafi’s security forces, permitting takeover by extremist Muslim terrorists . . .

1)  There was no electricity bill in Libya; electricity was free for all its citizens.
2)  There was no interest on loans, banks in Libya were state-owned and loans given to all its citizens at zero percent interest by law.
3)  Having a home was considered a human right in Libya.
4)  All newlyweds in Libya used to receive $60,000 dinar (U.S.$50,000) by the government to buy their first apartment so to help start up the family.
5)  Education and medical treatments were free in Libya. Before Gaddafi only 25 percent of Libyans were literate. Today, the figure is 83 percent.
6)  If Libyans wanted to take up a farming career, they would have received farming land, a farming house, equipments, seeds and livestock to kick start their farms… all for free.
7)  If Libyans could not find the education or medical facilities they needed, the government funded them to go abroad. For it was not only paid for, but they got a U.S.$2,300/month for accommodation and car allowance.
8)  If a Libyan bought a car, the government used to subsidize 50 percent of the price.
9)  The price of petrol in Libya was $0.14 per liter.
10)  Libya had no external debt and its reserves amounted to $150 billion -which are now frozen globally.
11)  If a Libyan was unable to get employment after graduation, the state would pay the average salary of the profession, as if he or she was employed, until employment was found.
12)  A portion of every Libyan oil sale was credited directly to the bank accounts of all Libyan citizens.
13)  A mother who gave birth to a child received USD $5,000.
14)  40 loaves of bread in Libya used to cost $0.15.
15)  25 percent of Libyans have a university degree.
16)  Gaddafi carried out the world’s largest irrigation project, known as the Great Manmade River project, to make water readily available throughout the desert country.

Gaddafi believed that the wealth of a country belonged to everyone. Libya has vast oil reserves. Once the spigots were turned on after sanctions were lifted, enormous sums of money poured into the country. And Gaddafi put it to work for everyone, not just the elites, not just the multi-national corporations. 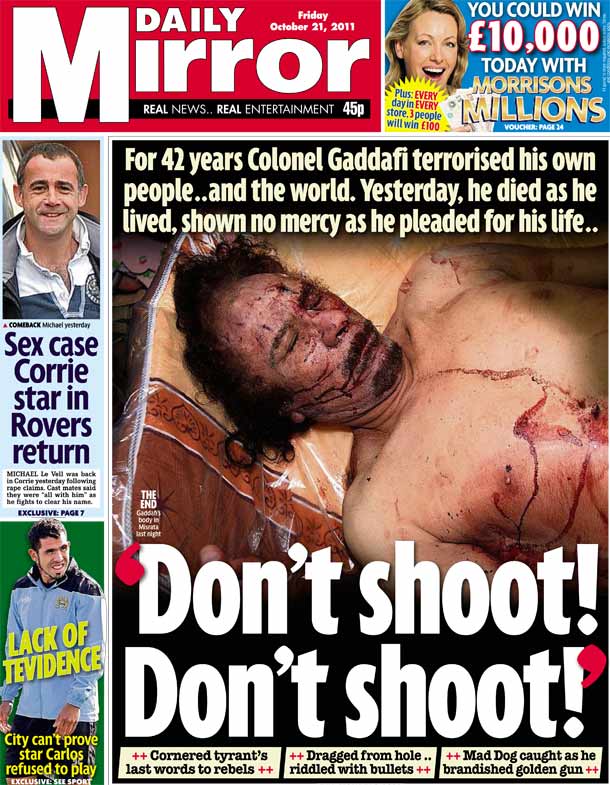 UK’s Daily Mirror, a typical “news hyena” for the empire, was not satisfied with its masters murdering Gaddafi. They had to desecrate his honor, too, accusing him of rank cowardice. Plus, would the indecent editors have behaved more valiantly in the hands of a fanatical mob? The entire front page’s headlines are a complete and filthy lie. Par for the course, naturally. This is what passes for journalism in the West.

Gaddafi had big plans. He imagined the entire continent of Africa adopting his vision of shared wealth, of plenty for all. When he was brutally murdered, he was in the process of implementing a pan-African currency.

Now, if this man was doing such wonderful things for his people, why did America and NATO take him out? Granted, he wasn’t democratically elected. In the first place, if the Libyan people want to have three elephants and a laptop computer chosen by a divining rod running their country, what business is it of the U.S. and Europe? Secondly, had they bothered to go through the motions of setting up electoral mechanisms in Libya, Gaddafi would have won by a 98% landslide. In view of what he accomplished over forty years of rule, despite the despotic, often brutal nature of his leadership, he was widely respected and admired.

The simple answer __ one that I am frankly having a lot of trouble processing __ is that Gaddafi’s ideas were too dangerous. What if his vision for Africa and developing countries of the world had come true? Free education, health care, abundant food and housing?

What if his ideas spread over here?

What kind of America would we have if when you went to buy a new car, our government sent you a check for $15,000? Or when you got married, you received $50,000 to help you get started. What if your mortgage was interest-free? What if you could attend college and not have to take out a loan? What if money appeared in your bank account every month because American industry was doing well and showing good profits?

Gaddafi was no angel. He was an egotistical, power-crazed megalomaniac, ruthless in his iron rule, aggressively anti-Western, sometimes the sponsor of terrorist killings.

“Why can’t we have free education / health care / electricity?”

“Why can’t we all share in the enormous riches of our great country?”

“Why isn’t having a home to live in a basic human right?”

“Why are we all in so much debt __ the federal government, cities, towns, people?”

If America had policies like those in Libya before the U.S. and NATO destroyed it and turned it over to ISIS and other fanatic extremists . . .

Could 1% of America’s population own and control 43% of its wealth?

Could the ultra-wealthy be lord and masters of the world? 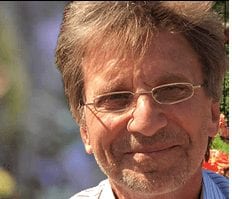 [box] John Rachel, an American expat residing in Japan, has a B.A. in Philosophy, has traveled extensively, been a songwriter and music producer, and is a bipolar humanist. He has spent his life trying to resolve the intrinsic clash between the metaphysical purity of Buddhism and the overwhelming appeal of narcissism.[/box]

The Problem of Greece is not Only a Tragedy: It is a Lie

I applaud His article says the overwhelming questions.
Another confirmation that the capitalist media are liars.