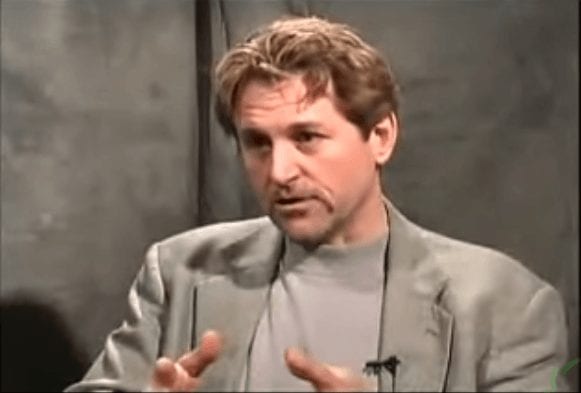 Steven Best: A prophet before his time?

[dropcap]G[/dropcap]od, I miss Steven Best. Does anyone else in the animalist movement ever feel that way? A long-time, unapologetic voice for non-humans, Best has gone quiet after a few unimaginably difficult years embroiled in a bitter public spat with a former comrade, against whom he eventually was forced to take out a restraining order. Last year he released a phenomenal book, called “The Politics of Total Liberation” which as far as I can tell very few people read due to its pricing as an academic text. (I received a free copy and loved it, believing it was a masterful distillation of his work, but never held up my end of the bargain in reviewing it. Sorry, Palgrave-Macmillan!) Since then, his blog hasn’t been updated.

Like a lot of anti-speciesists about my age, I think I was profoundly influenced by Best. I came across his work in 2005 or 2006, during my first year college, when I was first diving into animalism. He was the first writer I found who sought to make connections between the non-human struggle and the broader left, citing folks ranging from Emma Goldman to Malcolm X. He was an intersectionalist, before the term became the watchword among animalists it is today, invoked with such meaningless frequency and hand-wringing sanctimony. He was my role model, representing everything a committed anti-speciesist should be. I ended up interviewing him in 2010. Waiting to make the phone call, I remember being awash with nerves, pacing back and forth, endlessly chain-smoking cigarettes.

The magnitude of the crimes committed by humans on animals, with total impunity, and the sheer arrogance of culturally-embedded speciesism, sometimes prompt sensitive people, in desperation, to embrace extreme positions. ——eds.

Now, please don’t misunderstand. I don’t agree with Best on everything. I didn’t then and I certainly don’t now. For instance, a big part of his work provides an ideological defense for underground groups such as the Animal Liberation Front. In recent years, while I continue to enjoy hearing of slaughterhouse arsons, I increasingly see such action as ineffective, as the infrastructure of animal exploitation can only truly be brought down through collective struggle. Further, these individualist attacks often represent a tremendous waste of human and financial resources, in the form of dedicated animalists sent to prison for decades and the scarce funds used to support them. In this particular respect, I now see Best as a relic from another era, when the left as a whole was on the retreat and the possibility of collective action for animals unthinkable. That’s not to necessarily say his stance was wrong at the time. But at the risk of sounding overly optimistic, political conditions have changed and continue to change in the right direction.

So again, I miss Best. Not because I defer to him. But because I think he’s an important voice in the animalist movement. Even when we disagree, I find his arguments worth hearing. If I was a non-human, I think I would want someone with his clarity and courage speaking for me. No doubt his silence is partly the result of the ordeal he has gone through in recent years. Having taken long breaks from the left and activism myself for a variety of reasons, I’d be the last person to pressure Best to return before he was ready. A couple of years ago, while in the midst of the aforementioned feud, he wrote a blog post about how soothing he found work in his garden. That’s how I like to picture him now: tending the vegetable beds outside his New Mexico ranch house, amongst his family of rescue cats, healing. I just hope when he is ready, he’ll come back to us.

Steve Best is a misogynistic loudmouth, who left a colleague to take the full rap for activities he participated in and encouraged. He does not have the moral courage of the colleague who went to prison for protesting vivisection in the states of Florida and Michigan, while Best was all too ready to turn states evidence to save his own neck.

Plus his angry diatribes were disturbing, I was concerned about his emotional state.

There are more compassionate ways to work for animal liberation – to shed the shackles of dominion.