Is NATO risking, in Ukraine, a Cuban Missile Crisis in reverse? 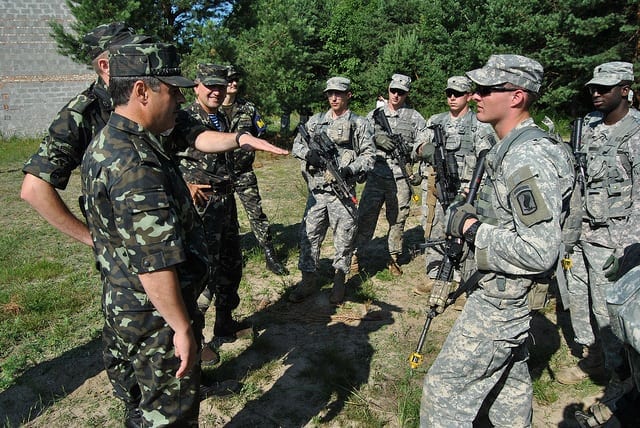 [dropcap]W[/dropcap]hatever one thinks of Putin, it’s fair to ask whether the US is on the path to risking a Cuban missile crisis in reverse. What if Ukraine invites NATO to station nuclear rockets on its territory or conduct “war games” near the Russian heartland or engage in other military activity? And didn’t the very long and extensive US involvement in Vietnam start with “trainers”?

What is now the country of Ukraine was once a province of the USSR. And some parts of Ukraine are closer to Moscow than Cuba to Washington, D.C. When Khrushchev shipped nuclear rockets to Castro’s island, and they were discovered by a US surveillance plane, it set off a crisis that has been called the most dangerous time in human history.

During the famous crisis, JFK and his “executive committee” knew that Soviet strategic rockets were emplaced in Cuba and potentially armed with nuclear warheads. What they apparently didn’t know was that the Soviets had also sent tactical nuclear warheads to Cuba to combat a possible U.S. invasion of that island.

Believing that an invasion could succeed, the U.S., shortly before the crisis ended in a Soviet withdrawal, was actually considering such an attack. It is not irrelevant now to ask, what would have happened if a U.S. invasion had been attempted and met with (short range) nuclear rockets?

SIDEBAR
THE NEW YORK TIMES CONFIRMS PRESENCE OF U.S. MILITARY TRAINERS
Click on the bar below.

MOSCOW — The Kremlin on Friday warned that the arrival of several hundred American military trainers in Ukraine could “destabilize the situation” in the country’s southeast, where a cease-fire between government troops and Russian-backed separatists is barely holding. On Friday, the United States Army announced that about 300 troops from the 173rd Airborne Brigade, based in Italy, had arrived in western Ukraine this week for Operation Fearless Guardian, a six-month training rotation for three battalions of Ukraine’s National Guard engaged in combat duty. It is the first training mission by American troops in Ukraine since the war in the southeast began.

The training program is modest assistance to Ukraine’s war effort, falling short of the lethal aid, like sophisticated antitank weapons, that Ukrainian politicians and soldiers on the front lines have requested from the United States. Last month, the Obama administration announced that it would give an additional $75 million in aid to Ukraine’s military, but that did not include the weapons that many administration officials and Democratic and Republican members of Congress have urged President Obama to provide. [/learn_more]

The White House of 1962 has been celebrated for opting for a naval “quarantine.” a pledge not to invade Cuba, and a secret promise to take old-fashioned U.S. missiles out of Turkey. On the other side, Khrushchev decided not to tug on what he called the “knot of war.” In the melodramatic phrase of the U.S. Secretary of State, “we’re eyeball to eyeball and I think the other fellow just blinked.” No problem, crisis over.

2015 is not 1962, but the question is a necessary one: how would Russia see Western military activity across its border in Ukraine? As threatening as we regarded the Soviet strategic missiles in Cuba? You don’t have to agree with the other side in order to ask how the world looks to it. As seen from Moscow, could NATO military moves in Ukraine look as threatening as the Cuban missile crisis did to us?

In his American University commencement speechin June, 1963, JFK imagined what would have happened to the U.S. if we’d been invaded by Hitler as the USSR actually was. The country would have been wrecked from the Atlantic to the outskirts of Chicago, he said, with immense loss of life and destruction of most of our industrial capacity. Whatever his shortcomings, President Kennedy had the capacity to imagine a situation as seen from elsewhere. It’s true that the USSR in the early 1940s was a wartime ally against the Nazis, but when JFK spoke, that communist country was a rival, the only one that could threaten us with continental ruin.

To ask it again, in the hope that we’re not blinded by war propaganda, are we risking a Cuban missile crisis in reverse? Are the US war propagandists playing a role similar to those Soviet experts to whom Khrushchev initially and unwisely listened? This time, who is suggesting restraint?

Craig K. Comstock is a producer and host of “Like Wow,” a TV interview show about “people doing something admirable,” with many episodes archived on Vimeo; frequent contributor to Huffington Post and other websites; former foundation director; co-author of Sanctions for Evil (with Nevitt Sanford, published by Beacon Press) and of a pair of books, Citizen Summitry and Securing Our Planet (both with Don Carlson, published by Tarcher); author of forthcoming book, Out of My Comfort Zone

“…in the new exuberant aggressiveness of world capitalism we see what communists and their allies held at bay.” – Richard Levins (Source: The Proletarian Center).

Please remember: All captions and pullquotes are furnished by the editors, NOT the author(s).

The Greanville Post is the best edited political blog in the anglophone world. No one matches our standards. 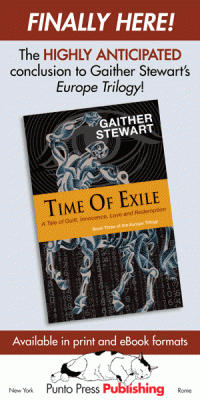