A New Voice for the U.S. Aristocracy Rises in Europe

EYE ON THE MEDIA
Eric Zuesse, originally posted at strategic-culture.org 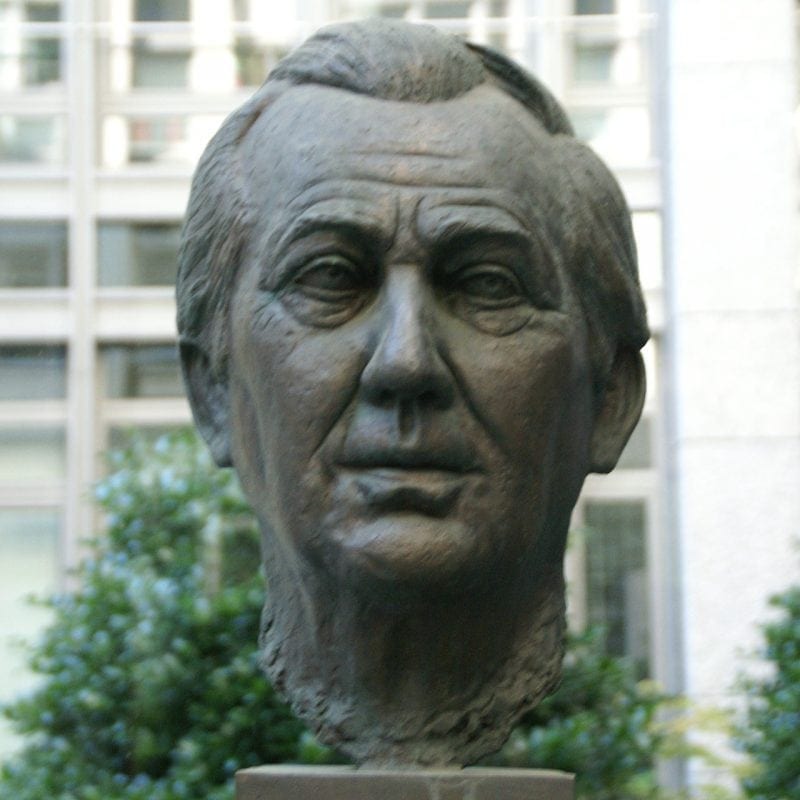 Axel Springer’s bronze sculpture in Hamburg. Springer was the Henry Luce of German publishing, and held similarly firm pro-capitalist, reactionary views. Part of the articles of association of Axel Springer AG are the five socio-political preambles written by Axel Springer in 1967. These include allegiance to free market capitalism and sociopolitical integration with the United States.

Europe, which has been controlled uncontested by the U.S., after the end of the Soviet Union in 1991, is now starting to split between the U.S. and Russia; and the U.S. aristocracy are investing increasingly in European propaganda-operations so as to retain their existing control.
.

Russia’s President Vladimir Putin has driven out of Russia many conservative and even fascist media operations from the U.S. and Europe; and on September 17th those media included Germany’s Axel Springer, which, according to Russia’s interfax, was on that day sold to Russia’s Artcom Media, in a deal whose details are not being publicly disclosed. But, included in the reported deal was Springer’s property, the Russian edition of the ultra-conservative FORBES  magazine, which, in a recent article, portrays Putin as a “kleptocrat” and advises wealthy Russians to relocate promptly abroad in order to avoid an imminent planned coup that will bring him down. The U.S. wants to bring ‘democracy’ to Russia, to replace Putin’s government. The current approval rating for Putin in Russia is over 80%, but America’s aristocrats think they have a better idea: ‘democracy’ American-style, such as in today’s Ukraine. (The head of the “private CIA” firm Stratfor even called that one “the most blatant coup in history.” The U.S. aristocracy just loves such ‘democracy.’) 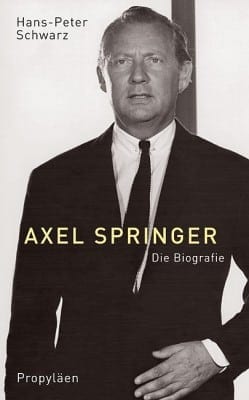 Springer, partly as a result of his own media empire, is a cultural icon in Germany. 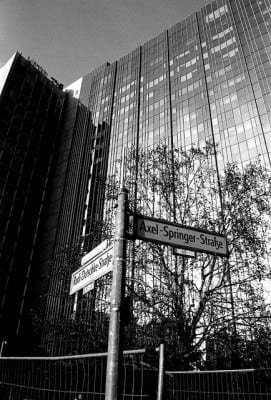 .
For example, on September 17th, European Politico headlined, “EU splits in Russian media war” and James Panichi opened: “Even as the EU mobilizes to fight Russian propaganda (sic), European governments are fighting each other over the best way to go about it. A new effort by Brussels to monitor and respond to the perceived bias of Kremlin-controlled media such as Russia 24 or Sputnik has exposed familiar fissures on the Continent.” He proceeded to explain: “The divisions reflect deep-seated foreign policy differences within the 28-member bloc that came to surface after Vladimir Putin annexed Crimea last year and stirred up a violent conflict in eastern Ukraine.” (Here is the reality about that matter.)
…

..
Panichi’s article continued:
.
Krzysztof Bobinski, the president of Polish think-tank Unia & Polska, said that even though the European Council had pushed in March for a response to Russian media bias, there now appears to be a “diminishing appetite” for doing anything that might antagonize the Russians.
…
Sanctions fight ahead
“Why they no longer appear interested I am not sure,” said Bobinski, who is the co-chair of the Civil Society Forum, a network of eastern European NGOs. “Maybe it is about Ukraine or maybe they want help on Syria. But for NGOs, not annoying the Russians is not a priority.”
…
“Propaganda poses a danger for world peace and it should be countered,” he said.
. 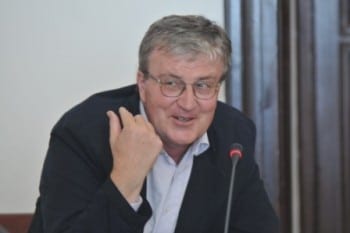 Bobinski: A notorious, scurrilous asset for the international ruling elites.

Bobinski was the Warsaw correspondent for the conservative Financial Times, from 1976 to 2000, and then an activist in the anti-abortion pro-corporate anti-Russian Polish Civic Platform Party. So he knows a thing or two about propaganda. But although it’s natural for Poles, who experienced both Nazism and Communism, to be wary of any influence from Russia or from Germany, what Bobinski views to be “propaganda” is selective for the anti-Russian side, and is not necessarily an opinion that will reflect broader European values. The only opponent that Panichi’s article cited to Bobinski’s view was someone with the Washington-based Carnegie Endowment, who challenged Bobinski’s view as being impractical — not as being wrong. 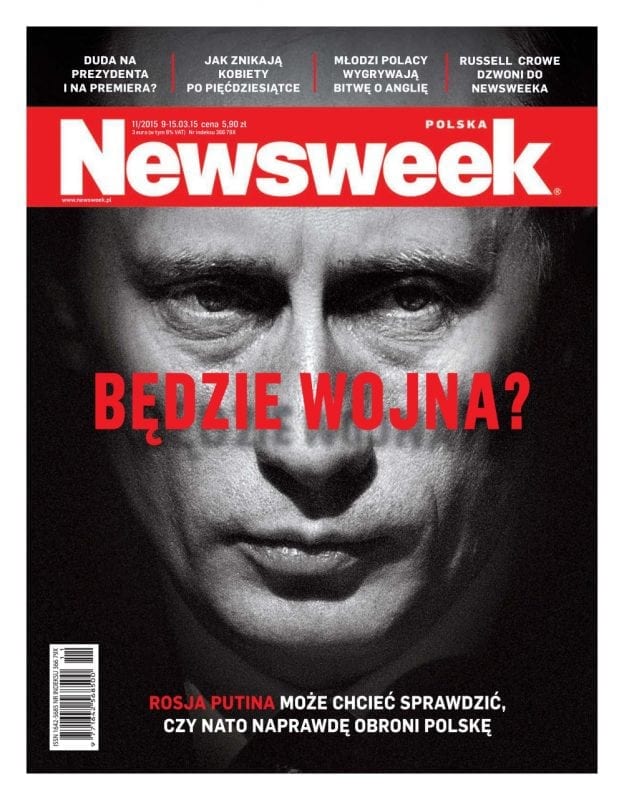 Springer publishes Pan-European and national editions of many publications originating in the US and other major media powers. The uniform bias is scandalously anti-Russian. Above, the Polish edition of Newsweek/Springer. Below, a mosaic of Springer properties. 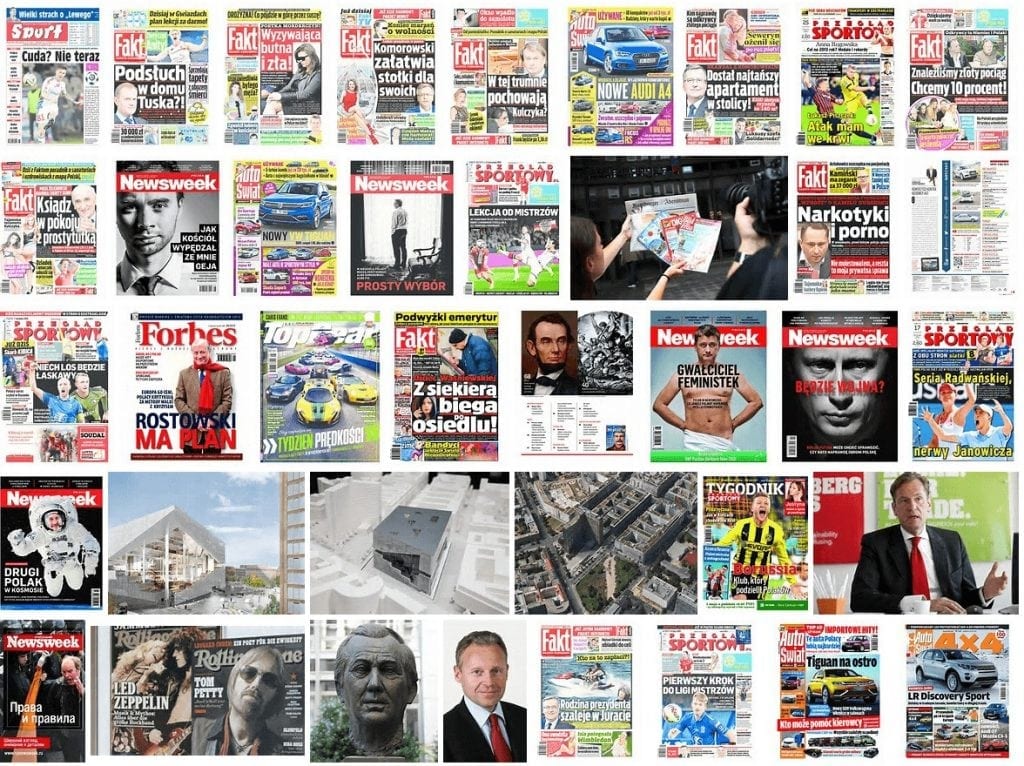 Why, then, would anyone read European Politico — American propaganda in Europe? Well, it’s “‘that core group of people that work in politics and policy in Washington,’ … ‘individuals, companies, trade associations, lobbyists, they’ve got a lot of money.’” They’ve got to fool themselves, so that they can say with some conviction the things they’re telling to European lawmakers. Serving as a sort of cheerleaders to their side of the game.
. 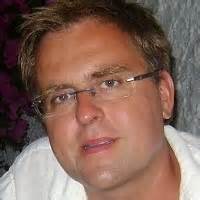 The European Politico’s “About Us” page presents staff who are uniformly conservative or even fascist, a typical example being Executive Editor Matthew Kaminski: “Prior to joining POLITICO in January 2015, Matt was a member of The Wall Street Journal’s editorial board in New York. He wrote editorials, opinion columns and features, mainly on international affairs. For the previous 15 years, Matt worked as journalist throughout Europe, starting as a ‘stringer’ in Kiev for the Financial Times and the Economist in 1994, writing stories from throughout the former Soviet Union.” They’re the type of people who ought to be running a propaganda-operation for a renewed Cold War, this time against Russia. And that’s precisely what they are doing.