Home AMERICAN EXCEPTIONALISM Confession of a CIA Agent: They gave us millions to dismember Yugoslavia

We bribed parties and politicians who enticed hate between the nations. Our ultimate goal was to enslave you!
•

WebTribune publishes their interview with former CIA agent Robert Baer during his promotion tour in Quebec for upcoming book “Secrets of the White House” last week. 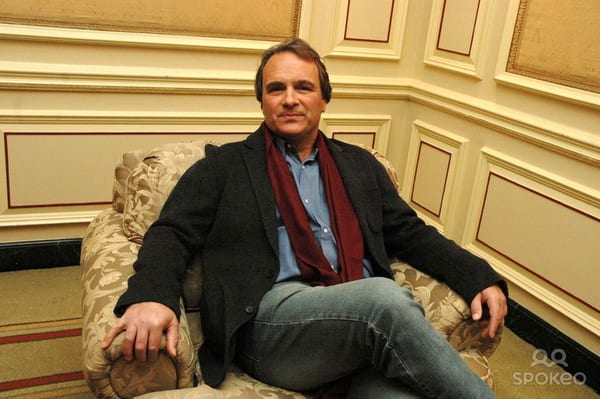 My boss, who was formerly a US Senator, stressed repeatedly that some kind of scam would go down in Bosnia. A month before the alleged genocide in Srebrenica, he told me that the town would be headline news around the world and ordered us to call the media.

Robert Baer, ​​a former CIA officer, has authored many books which disclosed the secrets of both the CIA and the administrations of Bill Clinton and George W. Bush. He has been arrested and detained several times. Mitt Waspurh, a personal friend who worked at the Senate and shared information was killed at gunpoint. As a senior CIA operative, Baer worked in Yugoslavia during the 1991-94 period and in the Middle East. He has worked on several documentaries on National Geographic, accusing the Bush administration of waging war for oil.

The interview was conducted live in Canada, during my trip a few days ago. Robert Baer is currently promoting his book “The Secrets of the White House” in Quebec, where we talked. In an interview we spoke of the background of the war in Yugoslavia.

Where and when was your first job in Yugoslavia?

I arrived by helicopter with three agents. We landed on 12 January 1991 in Sarajevo. Our job was to keep an eye on alleged terrorists of Serbian nationality, who were expected to attack Sarajevo.

Who were the terrorists in question and why were they supposed to carry out these attacks?

They gave us files about a group called “Supreme Serbia” detailing plans to conduct a series of bomb attacks on key buildings in Sarajevo in opposition to Bosnia’s ambition to leave former Yugoslavia.

Did that group ever exist and what exactly you were doing in Sarajevo under CIA command?

No such group ever existed! Our headquarters lied to us. Our mission was to alarm and spread panic among politicians in Bosnia, simply to fill their heads with the idea that Serbs would attack. To begin with, we accepted the story, but after a while we started to wonder. Why were we raising such hysteria when the group clearly did not exist?

How and when did the mission end and did it have a name?

For me it ended after two weeks, I landed a new job in Slovenia. The operation lasted a month and had the name “Istina” (i.e. “truth”) although it was anything but!

Why did you go to Slovenia?

I received instructions that Slovenia was ready to declare independence. We were given money, a few million dollars, to fund various NGOs, opposition parties and various politicians who inflamed hatred.

“Srebrenica should be blamed on Bosnians, Serbs and Americans – that is us! But in fact everything has been blamed on the Serbs. Many victims buried as Muslims were Serbs and other nationalities. A few years ago a friend of mine, a former CIA agent and now at the IMF, said that Srebrenica is the product of an agreement between the US government and politicians in Bosnia. The town of Srebrenica was sacrificed to give America a motive to attack the Serbs for their alleged crimes…Srebrenica is political marketing!”

Did you have an opinion about the CIA propaganda and did your colleagues think?

Of course, no one turns down a CIA mission, especially when we were all nervous and prone to paranoia! Many CIA agents and senior officers disappeared simply because they refused to conduct propaganda against the Serbs in Yugoslavia. Personally I was shocked at the dose of lies being fed from our agencies and politicians! Many CIA agents were directing  propaganda without being aware of what they were doing. Everyone knew just a fraction of the story and only the one who created the whole story knew the background – they are [the] politicians.

So there was only propaganda against the Serbs?

Yes and no. The aim of the propaganda was to divide the republics so they would break away from the motherland Yugoslavia. We had to choose a scapegoat who would be blamed for everything. Someone who would be responsible for the war and violence. Serbia was chosen because in some ways it is a successor to Yugoslavia.

Can you name the politicians in the former Yugoslavia [who] were paid by the CIA? 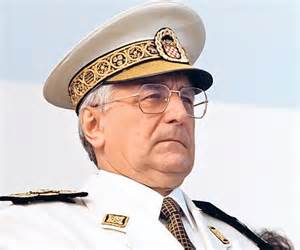 Franjo Tudjman: the rightwing strongman of Croatia, a sector of Yugoslavia with historically heavy pro-fascist leanings and a onetime Nazi ally. He received friendly coverage by the Western media.

Yes, although it is somewhat delicate. Stipe Mesic, Franjo Tudjman, Alija Izetbegovic, many counselors and members of the government of Yugoslavia, were paid as were Serbian generals, journalists and even some military units. Radovan Karadzic was being paid for a while but stopped accepting help when he realised he would be sacrificed and charged with war crimes committed in Bosnia. It was directed by the American administration. 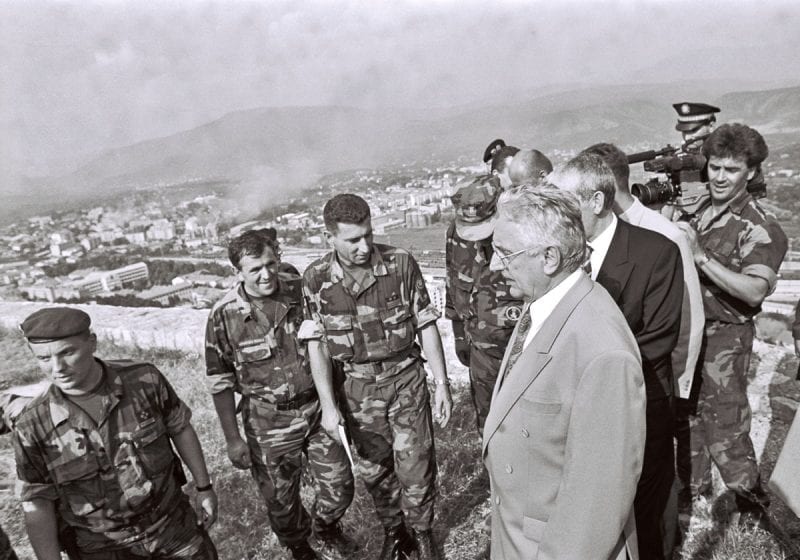 You mentioned that the media was controlled and funded, how exactly did that happen?

This is already known, some CIA agents were responsible for writing the official statement that the announcers read on the news. Of course the news presenters were oblivious to it, they got the news from their boss and he got it from our man. Everyone had the same mission: to spread hatred, nationalism and the differences between people through television.

We all know of Srebrenica, can you say about it?

Yes! In 1992 I was in Bosnia again, but this time we were supposed to train military units to represent Bosnia, a new state that had just declared independence. Srebrenica is an exaggerated story and unfortunately many people are being manipulated. The number of victims is the same as the number of Serbs and others killed but Srebrenica is political marketing. My boss, who was formerly a US Senator, stressed repeatedly that some kind of scam would go down in Bosnia. A month before the alleged genocide in Srebrenica, he told me that the town would be headline news around the world and ordered us to call the media. When I asked why, he said you’ll see. The new Bosnian army got the order to attack homes and civilians. These were of course citizens of Srebrenica. At the same moment, the Serbs attacked from the other side. Probably someone had paid to incite them!

Then who is guilty of genocide in Srebrenica?

Srebrenica should be blamed on Bosnians, Serbs and Americans – that is us! But in fact everything has been blamed on the Serbs. Unfortunately, many of the victims buried as Muslims were Serbs and other nationalities. A few years ago a friend of mine, a former CIA agent and now at the IMF, said that Srebrenica is the product of agreement between the US government and politicians in Bosnia. The town of Srebrenica was sacrificed to give America a motive to attack the Serbs for their alleged crimes.

Ultimately why do you think Yugoslavia collapsed and why did your government want to do it?

It is all very clear, the people who incited the war and dictated the terms of the peace now own the companies that exploit various mineral resources and the like! They simply made slaves of you, your people work for nothing and that product goes to Germany and America…they are the winners! You will eventually have to purchase and import what you have created yourself, and since you have no money, you have to borrow, that’s the whole story with the whole of the Balkans! 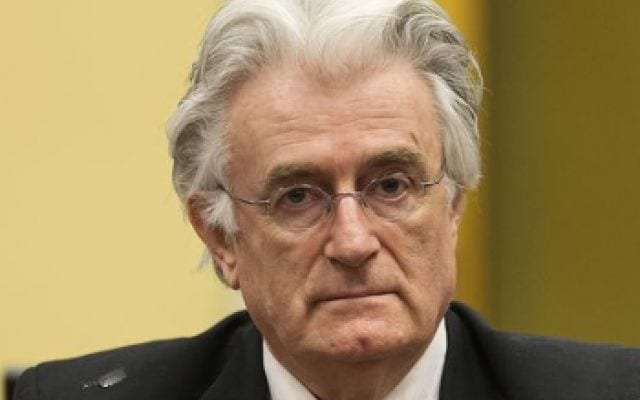 Radovan Karadzic, Bosnian Serb leader, one of the fall guys, like Milosevic.

You were never in Kosovo as a CIA agent, but did you feel any pressure from America?

Of course! Kosovo was taken for two reasons, first because of mineral and natural resources, and secondly, Kosovo is a military base of NATO! In the heart of Europe it is their largest military base.

Do you have a message for the people of the former Yugoslavia?

I have. Forget the past, it was staged and false. They manipulated you, they got what they wanted and it is stupid that you still hate one another, you must show that you are stronger and realise who has created this ! I sincerely apologise! That’s why I have for a long time disclosed the secrets of the CIA and the White House!

And for you younger Americans , the White House whose secrets these are , was the Clinton White House. Since then laws have been made (or twisted) that would permit the White House to imprison this fellow for letting us in on any of their crimes (or just blow him up with a drone)