Eye on the Media
PATRICE GREANVILLE

Charlie Rose, the notorious media courtier and imperial apologist who keeps receiving awards from his peers in the whore-riddled American journalism “profession” (they pass these awards like poker hands these days) illustrates on this video clip how to be a harlot for the empire and get away with it.  Actually, let me rephrase that. He does not need to “get away with it” because since everyone does it, what Rose does is the norm, par for the course, in what passes for mainstream journalism in the United States. The only difference is a matter of style. 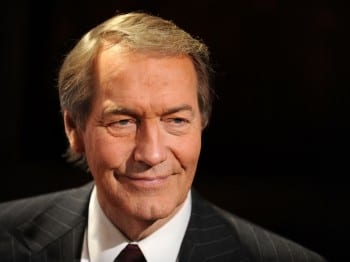 Gifted with Hollywood good looks, and a talent for social climbing, Charlie Rose can survey the horizon with a serene, satisfied look. A multimillionaire with posh residences in several spots around the globe, including Paris and New York, he’s accustomed to rubbing elbows with the world’s celebs in various fields, including politics. The trade has been good for Charlie Rose.

The ostensible “news” here is an interview with Hillary Clinton, supposedly to inquire about her views on [current] US foreign policy.  That in itself is the first lie because any journalist with 5 brain cells still firing knows the answer to that, what Hillary is liable to say and not say. The real purpose is to manufacture a “video op”, a pseudo event (the interview) designed to carry Hillary’s self-promoting bull manure and the imperialist lies she and her accomplices peddle incessantly on behalf of the US plutocracy and its global network of associated kleptocracies. (Read all about this subject on this comprehensive analysis by S. Gowans,  “Aspiring to Rule the World: US Capital and the Battle for Syria”. and while you are at it, do yourself a big favor and check Russell Bentley’s own take on the state of the American people, Texac Chronicle No. 10: So What’s for Lunch?).

The lie here—repeated from a thousand platforms over and over again, as befits any self-respecting Big Lie—is that, somehow (no one can advance a cogent argument or evidence except accusations) no peace can come to Syria and the Middle East until president Bashar al-Assad, one of the few genuine figures in the region fighting ISIL, a monster entirely created by Washington and its accomplices in the EU and the Gulf kleptocracies, is removed from power, or consents to step down. 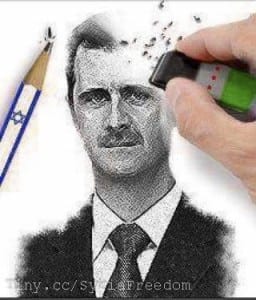 Assad, you see, is the only genuine Arab nationalist still standing. Arab nationalists (Muammar Gadaffi was another, properly dispatched by the empire afte rthe usual character assassination barrage, and Egypt’s Gamal Abdel Nasser another, in the 1950s) are a bone on which all imperialists choke, a dangerous presence that might give others the wrong idea about how to run their nations, like using the oil for the benefit of the masses instead of allowing it to be looted by Western oil interests for the expansion of their already eye-popping profits. O yea, because none of these revoltingly cynical wars of choice have anything to do with US national security. It’s a bogus explanation.

So, naturally, all American politicians are going to be singing the same tune, genuflect on the same altar, that Assad must go, go, go, while hypocritically turning a blind eye to the US government support for ISIL (yes, it’s all very complicated because of the multilayered lies the American media and government have been pushing for decades now), while making brave declarations to the effect that the US is actually fighting it. It’s all so repugnantly hypocritical as to be believable by decent—albeit dumb—people, dumbed down by the likes of CBS and its fellow networks. So watch, learn the tricks, fight them, teach others, and have a barf bucket nearby, just in case. It makes my skin crawl to think that numerous kids are this very moment holding these figures up as their model for “professional journalism.” 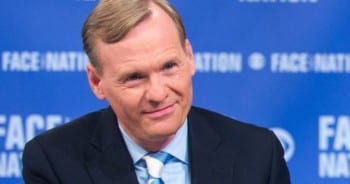 [dropcap]S[/dropcap]peaking of unctuous scum doing the imperial bidding, Charlie Rose is hard from alone on that beat. He has had what you might call competition for a long time, chiefly in those two worthless, self-impressed “flagship shows” fielded  by the networks, CBS’ Face the Nation (currently piloted by John Dickerson, even more pathetic than his predecessor, and thats hard to conceive), and NBC’s Meet the Press, hosted by Chuck Todd. Lesser networks have their own “flagships”, notably CNN and MSNBC, the former using Wolf Blitzer as their chief battering ram. But it’s all lies, all pretense, carefully designed to carry only Washington’s propaganda, scrupulously omitting any truth or any witness to truth that might get in the way of a good propaganda line. These shows are of, by, and for establishmentarians, the closest thing that network television has in terms of aping the pseudo gravitas of a New York Times editorial pages, but, ruling class narcissism aside, being carried by the enormous apparatus of Western mass communications, they end up polluting the public mind. Which is their ultimate intent. 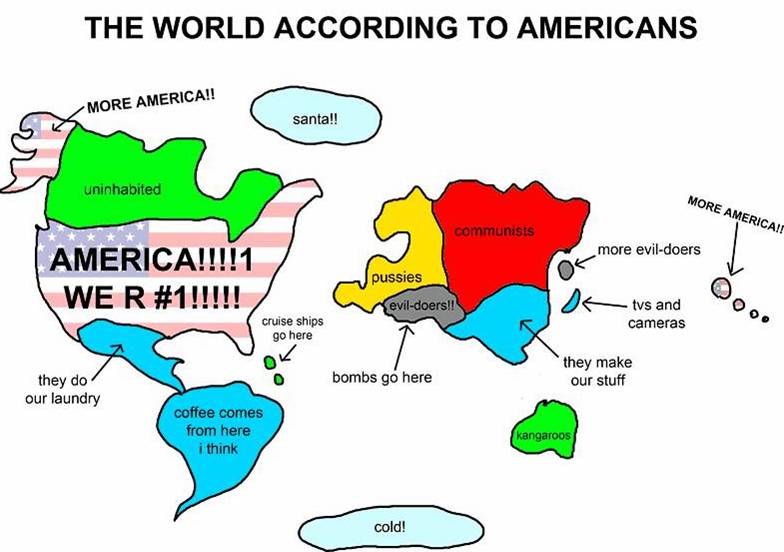 Aspiring to Rule the World: US Capital and the Battle for Syria