The Islamic State: Is History Rhyming? 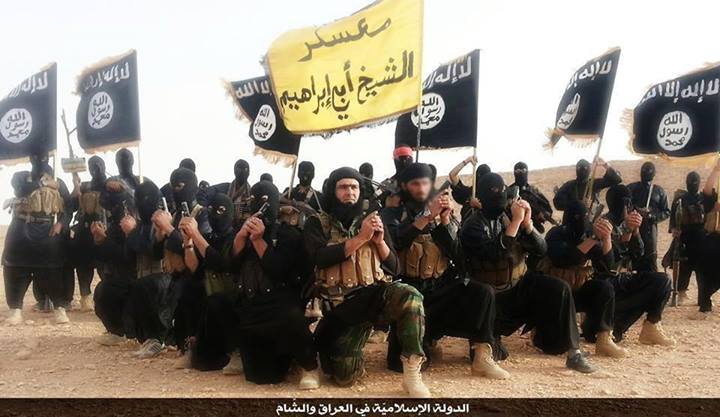 The Islamic State has a library of ancient myths and prophecies it uses to lure warriors in a march towards the thirteenth century, where they will defeat the infidels in a great final battle in northern Syria. Whether they die and are rewarded with paradise or survive to enjoy the coming Utopia under divine rule, they will be the victors; and this is the appeal of the Islamic State.

On the 4th of July, Ibrahim ibn Awwad ibn Ibrahim ibn Ali ibn Muhammad al-Badri, alias Abu Bakr Al-Baghdadi took center stage in the Grand Mosque in Mosul for the first time as Caliph Ibrahim, the Emir of the Faithful in the Islamic State. He wore the black robes of the Abbasids Caliphate that reigned from 750 to 1258. 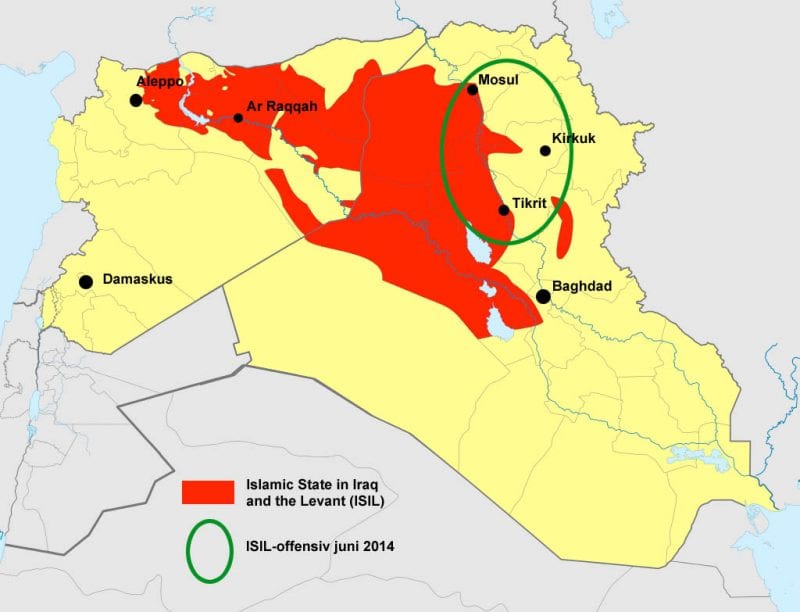 Muslims throughout the world were commanded to move to the caliphate and pledge their allegiance to Caliph Ibrahim. He had been appointed by the Shura Council that established the caliphate and had acceded to their wishes to assume the role of the Successor of Mohammad.

Abu Mohammed Adnani, a spokesman for Islamic State, announced to Muslims worldwide in a commentary titled “The Promise of God” that other organizations would have to acknowledge the supremacy of Caliph Ibrahim or face the wrath of the IS. Caliph Ibrahim declared that the Islamic State would encompass in five years the lands from India to Southern Europe. That would include Mullah Omar’s caliphate in Afghanistan, which has links to Al-Qaeda.  Neither organization has pledged its allegiance to Abu Bakr Baghdadi. The head of the International Union of Muslim Scholars, Yusuf al-Qaradawi, a member of the Muslim Brotherhood and many other Islamic scholars are also rejecting the demands of Abu Bakr Baghdadi to acknowledge his supremacy, but not the Islamic principles being promoted and not the idea of a caliphate.

The Dictates of History 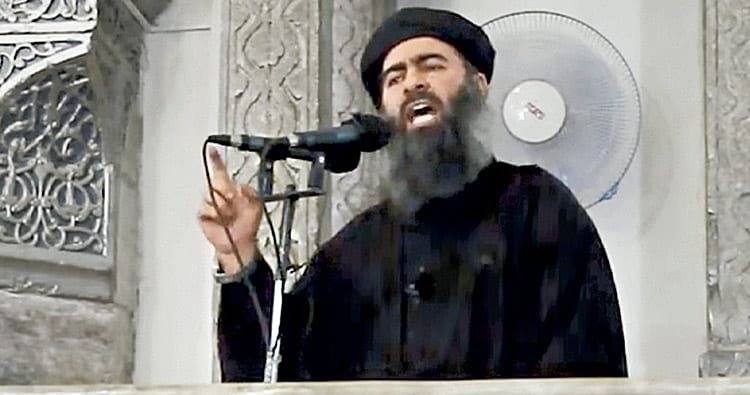 Caliph Ibrahim (above) offers believers a journey back eight centuries to the time of the Abbasids Caliphate when Islam was spreading far afield. It is that lost glory that he is trying to resurrect and impose upon the world. In keeping with the principles of that distant time, Christians and Jews are to be given the opportunity to convert, flee, or to pay a tax and live as second class citizens. All others are to be put to the sword, their property seized, and their wives and daughters violated and forced into slavery.  Everything is spelled out clearly in the Quran and in the “Majmu’ al-Fatawa” that was written by Sheikh Taqi ibn Taymiyyah after the fall of the Abbisids Caliphate. It is this doctrine that Ibrahim ibn Awwad ibn Ibrahim ibn Ali ibn Muhammad al-Badri studied as a doctoral student in Islamic studies at the Islamic University in Baghdad. The doctrine is a part of the curriculum at Saudi-financed, Salafi-oriented madrasas.

This is why the Islamic State does not hesitate to display the mass killing of prisoners or speak openly of enslaving Yazidi women and others. Their practices were approved thirteen centuries ago and are supported by other Salafists. Time has not modified those ancient teachings. 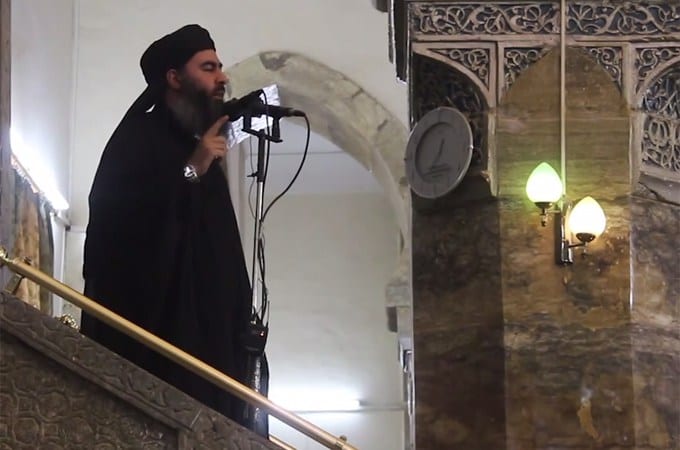 Believers are being offered a Utopian promise and the opportunity to reap revenge upon all of those infidels and false Muslims who have suppressed righteous Muslims throughout the world and over the centuries. “Revenge, revenge, revenge,” is the battle cry; and it has all been heard before.

[dropcap]B[/dropcap]y whatever name we call him, the words of the new self-proclaimed caliph are taken straight out of the mouth of Shaikh Muhammad ibn ‘Abd al-Wahhab, who walked this road of revolution and reform through much of the eighteenth century. Because Caliph Ibrahim draws upon historical sources, he can be replaced with another candidate by the Shura Council if the need arises, thus representing an institutionalized succession procedure.

Sheikh Wahhab was a fundamentalist that rejected what he saw as the corrupting of the Faith. The practices of many Bedouins of praying to saints, giving a spiritual meaning to particular places, celebrating the birthday of Muhammad, and constructing monuments were all viewed as idolatry. True believers accept only God and his word.

The Sheikh invoked the practice of Takfir. The rule states that any Muslim who fails to uphold the Faith should be put to the sword, his property seized, and his wives and daughters violated. Under this practice, Shia and Sufis were not considered to be Muslims and not deserving of life.

The Turks and Egyptians who came on their pilgrimages to Mecca were considered to be particularly abhorrent. They traveled in luxury, smoked, and were declared to be Muslim pretenders. The sect substituted for nationalism and was directed against the foreign corrupt rulers before pan-Arab identity began to unite the tribes.

Ibn Saud, the leader of a minor tribal group in the Nejd saw in the sect a vehicle that could be used to forward his ambitions. Banditry could be transformed into jihad; and the defeated tribes could be given the choice of converting to the sect and to benefit in the spoils or die. If they died in battle, they would enjoy a direct move into paradise.

“The Sheikh [Wahhab] invoked the practice of Takfir. The rule states that any Muslim who fails to uphold the Faith should be put to the sword, his property seized, and his wives and daughters violated. Under this practice, Shia and Sufis were not considered to be Muslims and not deserving of life…”

What the Wahhabi Sect added to Islamic practice and what appealed to Ibn Saud was the requirement of the followers to give absolute loyalty to the political leader. To question the teaching or to fail submitting to the leader was cause for execution with the loss of property and the violation of wives and daughters.

By the end of the eighteenth century, the success of Saud was evident with much of the Arabian Peninsula under his control. His raid upon the important Shia center of Karbala in 1801 saw an estimated five thousand Shia slaughtered and their religious sites destroyed. That was followed two years later by the capture of Mecca and later Medina. [The House of Saud, so esteemed by Washington, was born in self-serving, brutal and cunning medievalism.—Eds]

The Ottomans could no longer ignore the carving up of their colonial territory by a desert tribe. An army of Egyptian troops was sent to settle the matter. The Wahhabi capital of Dariyah was seized and destroyed in 1818. Wahhabism receded into the Arabian Desert.

Yet it did not disappear. It remained the core philosophy of the Saud tribe and would become the core belief of the Kingdom of Saudi Arabia, from where it began to spread throughout the Middle East. 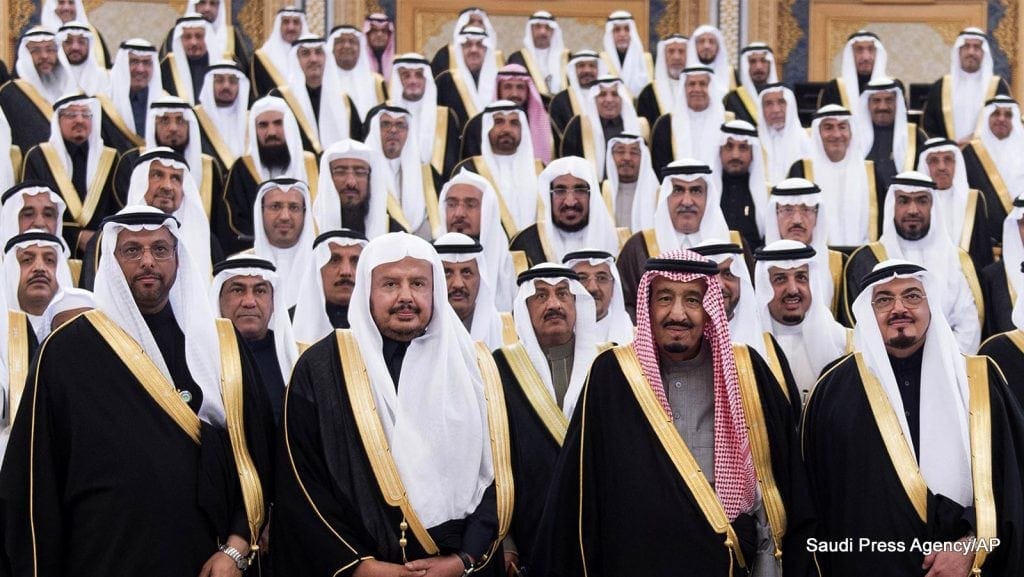 Wahhabism arose at a time when the foreign Ottomans were enjoying the benefits of being colonial rulers, which left a religious and political vacuum that Wahhabism eventually filled. Exactly one century after it was defeated, it arose anew with the fall of the Ottoman Empire and its dismembering by the British and French.

The tribes went from one colonial rule to another without having any say in what form their lands would take or what type of government would rule. After World War II, the European rulers were replaced mainly by autocrats. Where oil was exploited, the autocrats had riches that gave little benefit to the masses.

The destruction of the Saddam regime and the dismantling of the state structure by the United States in 2003 created the next vacuum that would give a new reform movement the opportunity to grow.

[dropcap]T[/dropcap]he strength of the Islamic State is that it gives the millions of impoverished people who see themselves as oppressed the opportunity to ride their 21st century tanks back to the promised Utopia, where the religious pure will reap all of the benefits and the disbelievers will receive their rewards at the end of a modern version of the sword. 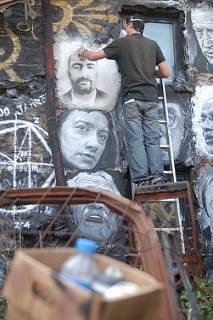 If you believe, then all of the events that are converging in Syria were prophesized by Mohammad thirteen centuries ago, when he told the future generations that a great battle between Islam and the infidels would be fought out in northern Syria at the town of Dabiq near the Turkish border. That is where the old world will come to an end. It will precede the arrival of the Mahdi and the end of the world. Only the purest of the pure from the ranks of Muslims will enjoy the new state of peace and prosperity.

It has all been foretold, and the falling bombs on Islamic State positions in northern Syria are giving credibility to the ancient script for those who believe.

All that is needed to fulfill the prophecy is the arrival of an infidel army. The taunting of the United States by killing American citizens publically is intended to draw that army onto the battlefield to unite Muslims against the return of the Crusaders. If the United States rejects the challenge, it will be declared a coward and will confirm to followers of the Islamic State their strength. This is sure to give the movement even more appeal in the eyes of potential jihadists. 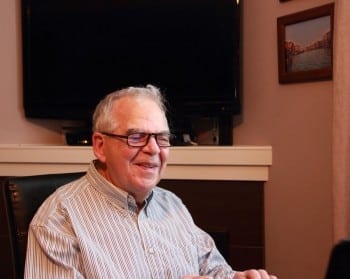 Felix Imonti studied international relations at UCLA, where he was in the African Studies Program. He focused as well upon South and East Asia. He has traveled widely and has lived in seven countries. Recently, he returned to Canada after living for ten years in Japan. While in Japan, he was the director of investment strategies for a private equity firm. He has published a history book, Violent Justice, and has published many articles in a wide variety of publications. He has been interviewed on radio stations in the U.S. and in Australia. You can reach him at feliximonti@gmail.com, and his blog can be found at: www.watchinggeopoliticalgames.wordpress.com.

Letter from Caracas: Spirit of anti-neoliberal ‘chavismo’ alive and well