Home AMERICAN PARTY DUOPOLY A Set of Tweets, Over Time

A Set of Tweets, Over Time 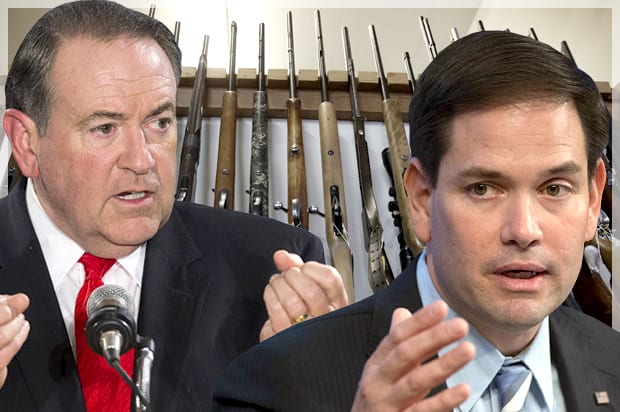 This photomontage by Salon captures two of the GOP bloviators—Huckabee and Rubio— expressing their silly views on social violence in America. The last thing to be mentioned is that the culture is rotten by its underlying equally putrid values. (Credit: AP/Reuters/Lucas Jackson/Molly Riley/Lucy Nicholson/Photo montage by Salon)

Special to The Greanville Post | Short Take* No. 8: A Set of Tweets, Over Time

I post tweets on occasion, at the The Political Junkies tweet site.  (Sorry but I really don’t’ know much about how Twitter actually works.  I can just post a tweet every now and then.)  For this week I thought that it might be fun to share them with readers of mine who don’t ordinarily see my tweets (which I should think would be most of you).  One difference.  Since I am not limited to 118 characters after the URL (and I always start with a URL), I have edited them to make them more readable.  Also, if anyone can explain to me how any URL is made by Twitter to fit into 22-24 characters, I would be very happy to know that.  And so here goes, in reverse chronological order.

1.  http://static2.businessinsider.com/image/565fa53a8430761a008b6f7d-960/daily-news-cover.jpg. On the San Bernardino massacre and renewed calls for gun controls, the Republican candidates all rejected them while saying that anyone doing so was “politicizing a tragedy,” while they all read from same page: “God’s.”  Further (not in the tweet), I would note that I didn’t notice any of the prayerful Repub. candidates casting their thoughts and prayers in the direction of the Planned Parenthood victims or the Charleston ones either, when those tragedies happened.  Nor, following Charleston did I notice even one word of concern about the 1600 armed and dangerous right-wing “militias/hate-ist/domestic terrorist groups” identified by the Southern Poverty Law Center, although the screaming about “radical Islamist terrorism” was front-and-center this time around.

2. thepoliticaljunkies ‏@tpjmagazine 2m2 minutes ago http://www.aol.com/article/2015/12/01/islamic-states-online-supporters-include-300-americans-report/21276185/?icid=maing-grid7%7Chtmlws-main-bb%7Cdl2%7Csec1_lnk3%26pLid%3D866012642 …. Ohmygosh. 9 millionths of a percent of the US population has been identified as active online Daesh followers. (I guess now with the San Bernardino killers, it’s 302, or in their case was.) OY! 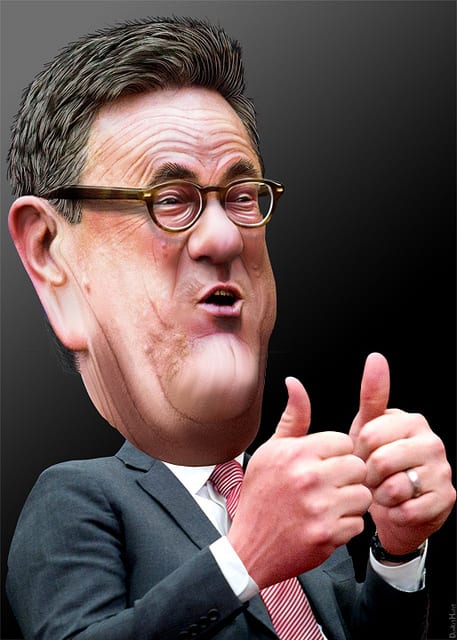 Scarborough: getting ready for a possible dark horse candidacy in the future. A 6′ 4″ pile of excrement—we never knew they could stack’em that high.

4. dailykos.com/story/2015/11/03/1443658/-MSNBC-s-Joe-Scarborough-Has-On-Air-Mental-Breakdown-Over-Liberal-Media-Myth?detail=email … Is Joe Scarborough really Mr. “Reasonable Republican?” Nah.  He just has a better tongue than most, while most of his positions are the same, and he has been going further right, following the Repub. “rightward imperative,” by the week.  He is obviously setting himself up to run for office again, down the road.

5. thepoliticaljunkies ‏@tpjmagazine now http://readersupportednews.org/news-section2/318-66/32934-top-1-percent-owns-half-of-all-global-wealth … This item just goes to show that capitalism has been VERY successful, as both the Repubs. and the Dems., and their echo chambers like CNBC and Fox”News” love to say, for the capitalists.

6. thepoliticaljunkies ‏@tpjmagazine 3s3 seconds ago http://nsnbc.me/2015/10/09/the-mystery-of-isis-toyota-army-solved/ … ISIS, and other rebel/terrorist groups, have hundreds of Toyota trucks.  Some they have captured.  Some they have actually bought through dealerships in various places.  My big question was: why not GM, Ford, or Dodge, at least, especially if they originated with U.S.-supported force?  Answer, supplied by a military friend: the U.S. trucks are simply nowhere near rugged enough.

7. thepoliticaljunkies ‏@tpjmagazine 2m2 minutes ago http://www.aol.com/article/2015/08/31/alaska-bound-obama-faces-backlash-on-mt-mckinley-renaming/21229452/?icid=maing-grid7%7Chtmlws-main-bb%7Cdl1%7Csec1_lnk3%26pLid%3D-463010199 …. Did you notice how the GOP complained about “cheap politics” when Washington National Airport was re-named for Reagan? No? Neither did we.

8. And finally a word on Ben Carson, from last October.  Although he is fading fast, it will be good to have a couple of things to remember him by, as one of the set of totally unqualified Repub. Presidential candidates who have sallied forth during the last couple of election cycles — think “nine, nine, nine” Herman Cain and “I can see Russia from my porch [or whatever]” Sarah Palin.  (To say nothing of Michelle Bachmann.)  Here’s one of Carson’s gems: thepoliticaljunkies ‏@tpjmagazine 3m3 minutes ago http://www.cnn.com/2015/10/25/politics/ben-carson-abortion-slavery/ …. In this one “Doc” Carson fully revealed himself.  He knows nothing about slavery and, although a doc, he knows nothing about pregnancy either.

And that’s it for now.

Military Justice for Petraeus and Manning—the oxymorons pile up