Christmas was celebrated by Orthodox Christians last week, on January 7, 2016 in the Gregorian calendar — December 25, 2015 in the Julian calendar.

Last year, in December 2013/January 2014, Texac was fighting the Kiev fascists in Yasynuvata (outskirts of Donetsk) and Troishka (Donetsk Airport), and it was hot, despite the cold weather. 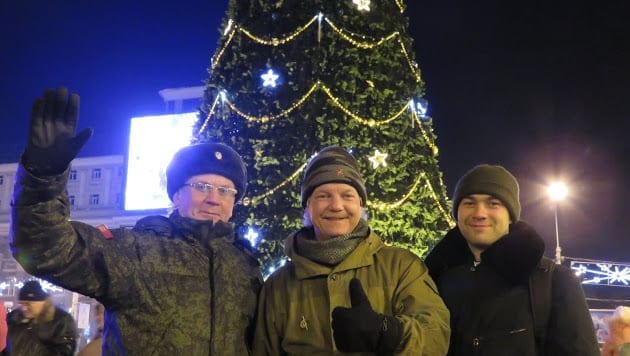 In the Christmas/New Year season this year (December 2014/January 2015), although the fascists are still killing Novorossiyan civilians in the outskirts of Donetsk, the intensity of the attacks has (perhaps only temporarily) decreased, allowing for more normal Christmas celebrations, at least in central Donetsk, as readers can see in the three videos below.  (The Kiev fascists are still massed on the front in the outskirts of Donetsk, and they could resume a full-scale attack at any time.) 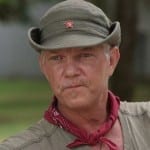 RUSSEL BONNER BENTLEY, Senior Contributing Editor, Novorossiya Correspondent, Donbass Chronicles Most of our editors and contributors are gifted in many areas, but few merit the label of “polymath” as richly as our Novorossiya correspondent, Russell Bentley, “Texac”. He has been called poet, musician, soldier, political activist, outlaw, smuggler, convict, fugitive, philosopher, lover, teacher and friend—and, indeed, he is all those things, but his course is always guided by an unswerving commitment to the construction of a better world in which peace, genuine freedom, and social justice reign supreme. A native of Texas, Russell joined—at the tender age of 54— the Novorossiyan Armed Forces (NAF) to fight what he sees as the attack on the Donbass people by an illegitimate fascist entity: the Kiev regime installed and supported by the US after a thinly-veiled coup. His example evokes the deeds of the Lincoln Battalion, the American volunteers who fought in the Spanish Civil War. As his writing gifts abundantly prove, he also channels John Reed and Hemingway in a rare, seamless, package.

The Great American Political Dilemma: How to Respond to the Corrupt, Corporatist Two Party Duopoly