Home AMERICAN EXCEPTIONALISM The Craziest Conspiracy Theory of Them All 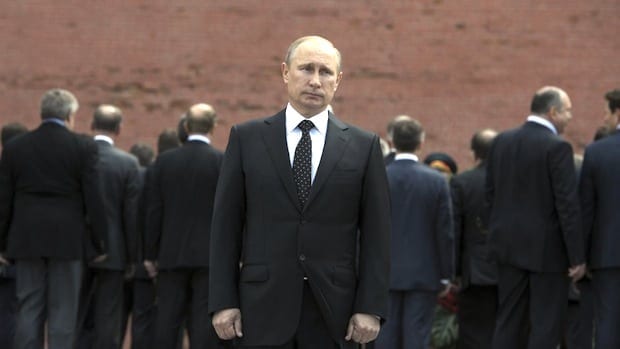 Putin: Found guilty of everything by the new Star Chamber. By definition. Simple as that. No need for real evidence.

To those of us who grew up during the cold war years, it’s just like old times again: Russian plots to subvert the West and poison our precious bodily fluids are apparently everywhere. Speaking of poisoning plots: the latest Russkie conspiracy – and the most imaginative by far – was the alleged assassination by poisoning of Alexander Litvinenko , a former agent of the Russian intelligence services who fled to the West to become a professional anti-Russian propagandist and conspiracy theorist with a talent for the improbable. According to his fantastic worldview, the many terrorist attacks that have occurred in Russia have all been committed by … Vladimir Putin. Aside from championing the Chechen Islamo-terrorists who actually committed these crimes, Litvinenko’s stock-in-trade was an elaborate conspiracy theory in which he regularly accused Putin of blowing up Russian apartment buildings and murdering schoolchildren and then diverting attention from his own nefarious plots by blaming those lovable Chechens. Not very believable – unless one is predisposed to believe anything, so long as it casts discredit on those satanic Russians.

The conspiracy theory promulgated by the British government – and now memorialized in this official report – surpasses anything the deceased fantasist might have come up with. According to the Brits, Litvinenko was poisoned on British soil whilst imbibing a cup of tea spiked with a massive dose of radioactive polonium-210 – and, since Russia is a prime source of this rare substance, and since the Russians were supposedly out to get Litvinenko, the FSB – successor to the KGB – is named as the “probable” culprit.

Looking at the report, one has to conclude that they don’t make propaganda the way they used to: the certitude of, say, a J. Edgar Hoover or a Robert Welch has given way to the tepid ambiguity of Lord Robert Owen, the author of this report, whose verdict of “probably” merely underscores the paucity of what passes for evidence in this case.

To begin with, if the Russians wanted to off Litvinenko, why would they poison him with a substance that left a radioactive trail traceable from Germany to Heathrow airport – and, in the process, contaminating scores of hotel rooms, offices, planes, restaurants, and homes?  Why not just put a bullet through his head? It makes no sense.

But then conspiracy theories don’t have to make sense: they just have to take certain assumptions all the way to their implausible conclusions. If one starts with the premise that Putin and the Russians are a Satanic force capable of anything, and incompetent to boot, then it’s all perfectly “logical” – in the Bizarro World, at any rate.

The idea that Litvinenko was a dangerous opponent of the Russian government who had to be killed because he posed a credible threat to the existence of the regime is laughable: practically no one inside Russia knew anything about him, and as for his crackpot “truther” theories about how Putin was behind every terrorist attack ever carried out within Russia’s borders – to assert that they had any credence outside of the Western media echo chamber is a joke. So there was no real motive for the FSB to assassinate him, just as there is none for the FBI to go after David Ray Griffin.

The British report doesn’t bother presenting any real evidence: instead, we are given a detailed account of the lives of the alleged killers – Dmitri Kovtun and Andrei Lugovoy – that reads like a Daily Mail article. Included in this compendium of character assassination and gossip is the testimony of one of Kovtun’s ex-wives that he “wanted to be a porno star.” That this factoid would find its way into an official report of the United Kingdom is extraordinary – but not, I fear, unexpected. Salaciousness has its place in contemporary fiction, particularly the pulp-thriller genre, of which this report is a prime (if pedestrian) example.

The rest of the report is a complicated account of every move Kovtun, Lugovoy, and Litvinenko made in the days leading up to Litvinenko’s poisoning. It neither compromises nor exonerates the accused: presumably it was included to give the report the appearance of substance. The meat of the matter – the real “evidence” – is hidden behind a veil of secrecy. Lord Owen’s inquiry was for the most part conducted in secret closed  hearings, with testimony given by anonymous witnesses, and this is central to the “evidence” that is supposed to convict Kovtun, Lugovoy, and the Russian government. Lord Owen, explains it this way:

“Put very shortly, the closed evidence consists of evidence that is relevant to the Inquiry, but which has been assessed as being too sensitive to put into the public domain. The assessment that the material is sufficiently sensitive to warrant being treated as closed evidence in these proceedings has been made not by me, but by the Home Secretary. She has given effect to this decision by issuing a number of Restriction Notices, which is a procedure specified in section 19 of the Inquiries Act 2005. The Restriction Notices themselves, although not, of course, the sensitive documents appended to them, are public documents. They have been published on the Inquiry website and are also to be found at Appendix 7 to this Report.” 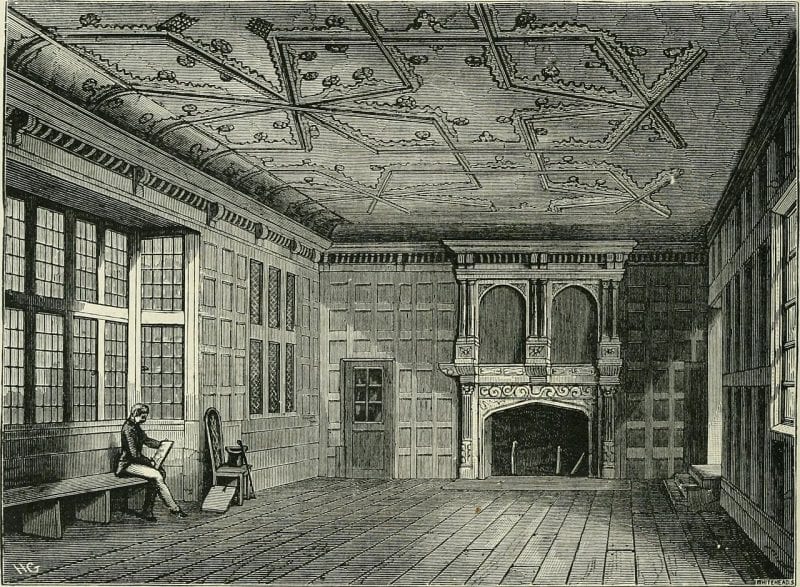 UK’s Star Chamber: It might as well be used again.

In other words, the “evidence” is not for us ordinary mortals to see. We just have to take His Lordship’s word for it that the Russian government embarked on an improbable assassination mission against a marginal figure that reads like something Ian Fleming might have written under a pseudonym.

Yes, you might say, but Litvinenko was poisoned. So who killed him?

As I pointed out here:

“Litvinenko was an employee of exiled Russian billionaire Boris Berezovsky – whose ill-gotten empire included a Russian syndicate of car-dealerships that had more than a nodding acquaintance with the Chechen Mafia – but was being slowly cut out of the money pipeline. Big-hearted Boris, who had initially put him on the payroll as anti-Putin propagandist, was evidently getting sick of him, and the out-of-work “dissident” was reportedly desperate for money. Litvinenko had several “ business meetings ” with Lugovoi in the months prior to his death, and, according to this report , he hatched a blackmail scheme targeting several well-known Russian tycoons and government officials.”

Indeed, Litvinenko, in the months before his death, had targeted several well-known members of the Russian Mafia with his blackmail scheme. That they would take umbrage at this is hardly shocking.

Furthermore, there are indications that Litvinenko was engaged in the smuggling of nuclear materials. That he wound up being contaminated by the goods he was peddling on the black market seems far more credible than the cock-and-bull story about a vast Russian plot originating in the Kremlin,. Apparently Lord Owen has never heard of Occam’s Razor.

NOTES IN THE MARGIN

You can check out my Twitter feed by going here. But please note that my tweets are sometimes deliberately provocative, often made in jest, and largely consist of me thinking out loud.

I’ve written a couple of books, which you might want to peruse. Here is the link for buying the second edition of my 1993 book, Reclaiming the American Right: The Lost Legacy of the Conservative Movement, with an Introduction by Prof. George W. Carey, a Foreword by Patrick J. Buchanan, and critical essays by Scott Richert and David Gordon (ISI Books, 2008). 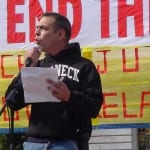 Justin Raimondo, a powerful intellect, embodies many contradictions. A leading libertarian, and therefore supporter of capitalism, he nonetheless has spent a considerable part of his life exposing and deriding the inevitable products of capitalism, from its deeply ingrained mendacity to heinous global crimes. The biggest contradiction (common to all libertarians of Raimondo's stripe, and smething shared by Pat Buchanan, also self-defined as a "paleo conservative")) is that they are opposed to foreign meddling, especially of the military kind, yet this is an indispensable tool of modern imperialism...which is nothing but the offshoot of a mature capitalism. But whatever Raimondo's philosophical position (and we certainly wish he would some day evolve into a plain pro-socialist advocate) his current contribution to peace and the defeat of neocon anti-Russia propaganda should be warmly received in any quarter opposing the sordid deeds of the anglo-zionist empire.