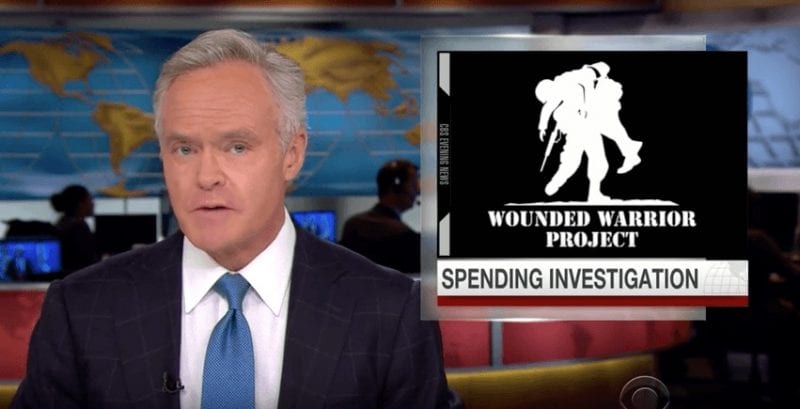 CBS exposé a surprise, albeit a welcome one. It does not denounce of course the biggest scam of all (of which it is an important part) the selling of imperialist wars to a bamboozled population.

Maudlin sentimentality and lies covering up the tragedy of American soldiers

Marketing wars, indirectly, on the backs of the wounded——and getting rich in the process. Click here to read it.

Incidentally, the proliferation of these goody-two-shoes “charities” is one more manifestation of the sickness at the heart of American society, its “privatism syndrome”, whereby the government, an entity that should discharge these tasks, doesn’t, opening the field to crooks happy to exploit the pervasive ignorance and jingoism afflicting this nation.

In a CBS News investigation, more than 40 former employees of the Wounded Warrior Project accuse the charity of wasting millions of donated dollars on luxury hotels, lavish conferences and expensive meals for staff. The charity has defended its spending. Chip Reid reports.

Another version of the report.

Reg vis: 0
Make sure many more people see this. It's literally a matter of life an death. Imperial lies kill! Share widely.

Why Are Liberals Bashing Sanders in Favor of Clinton?