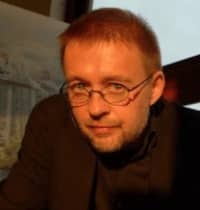 This week Eric sits down with philosopher, filmmaker, and author of the new book Exposing Lies of the Empire, Andre Vltchek, for a colorful discussion on culture and politics, imperialism, and the reality of the Global South. The conversation opens with an exploration of the role of art and literature in shaping politics and ideology, and how that has increasingly become lost in an ever more commodified and compartmentalized political culture. Eric and Andre then discuss the nature of contemporary imperialism and how it manifests itself in today’s world. They go into many examples of Global South resistance to the Empire, why it’s important to support independent peoples and nations, and the necessity of maintaining an international perspective without falling into the trap of neocolonial arrogance so often exhibited by the “first world left.” These and many other topics in this week’s CounterPunch Radio.
Intro and Outtro: David Vest – “Freight Train Rollin'”
Interlude: Wire – “I Am the Fly”