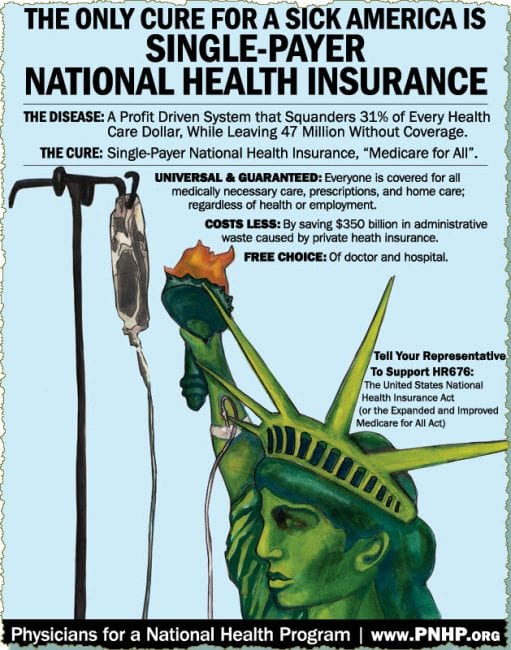 I have a lot of liberal friends who like the ideas of a single-payer healthcare system, a living minimum wage, and free higher education, but who support Clinton, rather than Sanders because they think she is more “realistic.” I’m talking about educated people, people who have spent time in countries that have these things and so have first-hand knowledge of their feasibility. Someday, these people tell me, someday we will have these things, but the country is not ready for them yet. They argue that they are being “realistic.” I would argue, however, that they’re not being realistic; they’re being idiotic. That is, their position isn’t even coherent.

Now the cynic, the cynic has a coherent position. It’s not one I like, but it’s coherent anyway. The cynic thinks everyone is stupid. The cynic says Americans will never be ready for such things because they’re mean spirited as well as stupid. They don’t want other people to have decent lives, they want people to suffer, they want it so much that they will allow that desire to override their own individual self-interest, if they only realized that the programs they opposed were in their interest.

Most people don’t realize the social programs they oppose are in their own interest and not simply the interest of masses of spectral “freeloaders,” but even if they did, the cynic explains, they wouldn’t support them because they get so much pleasure from seeing other people suffer that in their own perverse utilitarian calculations, that pleasure outweighs the pain caused to themselves by the absence of such programs.

I told you it was an unattractive position. It is at least coherent, though. Believing that one day we will get a single-payer healthcare system, a living minimum wage, and free higher education even though people who like the idea of such programs are unwilling to vote for candidates who support them is not simply unrealistic – its fantastical! It’s a kind of supernaturalism, like the belief in Santa Claus. Clinton won’t support such things, no mainstream Democratic political candidate will support them, but we’ll get them one day anyway? How? Via the agency of the Good Healthcare Fairy? Santa Living Minimum Wage? The Free Higher Education Bunny?

Is Sanders’ problem that he doesn’t have a flowing white beard and flaming hair? Would Clinton supporters who profess to be liberals then recognize in Sanders the messiah for whom they appear to be waiting, the politician who will not have to fight an intractable Congress, but will be able to command it to do his bidding, like Charlton Heston commanding the waters of the Red Sea to part?

Wow, talk about “unrealistic”; that’s outright delusional. Why isn’t Richard Dawkins going after these people? They’re every bit as irrational as religious fundamentalists, if not more so. There’s a kind of bizarre logic to fundamentalism, but I don’t see any logic at all to the position of most Clinton supporters, except, that is, for the ones who are Republicans and who view Clinton as the best of a sorry field of political conservatives.

It’s hard to tell exactly what has gone wrong with the higher cognitive functions of Clinton supporters (the ones who purport to be liberal, I mean). Does the irrationality stem from an inherent inability to see the incoherencies in their own position? Or does it stem from a fear that if they actually support Sanders and he doesn’t win (either the nomination or the presidency, it doesn’t matter), that people will laugh at them? There is hardly anything more shameful in the U.S., after all, than losing. Even cheating is smiled at indulgently if the cheater can manage to win. 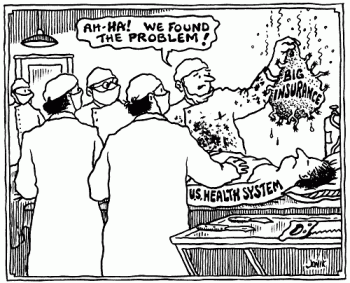 Winning is everything. It doesn’t matter that an enormously persuasive case has already been made that Sanders would have a much greater chance than Clinton of actually winning the presidential election, there is still a chance he might not. On the other hand, you can’t really lose if you support Clinton (except in the eyes of people who actually know how to think), because even if she loses you can always claim it was because of sexism!

That’s what happens when politics becomes so partisan that it’s indistinguishable from a sporting event. But then I’m not being fair to sports. I know die-hard fans of particular sports teams who are capable of acknowledging when their teams are performing badly, as well as of analyzing why and what they need to do to improve.

So there we are, either Clinton supporters are cowards, people whose self-esteem is so low that they will allow their fear of being laughed at to override their higher cognitive functions, or they’re irredeemably stupid and are incapable of seeing the incoherence in voting for someone who opposes things they profess to want, while persisting in believing that we will one day get these things anyway, without having to vote for a candidate who promises them.

It’s rare that the realism of purported “idealism” stands out so clearly as it does in this election. If people want things such as a single-payer healthcare system, a living minimum wage, and free higher education, then they’re going to have to vote for candidates who support them, rather than for candidates who oppose them. It’s as simple as that.

ABOUT THE AUTHOR
M.G. Piety teaches philosophy at Drexel University. She is the editor and translator of Soren Kierkegaard’s Repetition and Philosophical Crumbs. Her latest book is: Ways of Knowing: Kierkegaard’s Pluralist Epistemology. She can be reached at: mgpiety@drexel.edu

Sanders stronger candidate, but Dems establishment likely to give the prize to Hillary