India’s unique culture, filled with ancient reverence for natural life, has allowed the lions to recover from the brink of extinction.

As India’s population booms, her legendary wildlife has been squeezed almost out of existence. But the commitment of the Indian people to preserve their wildlife is surprising – leading even to bringing back what has been lost. Against a backdrop of teak forest, farmland and villages, this film explores the extraordinary story of Asia’s last lions and their recovery from near extinction.

Finally, a BBC version of the same story:

The Last Lions Of India -BBC 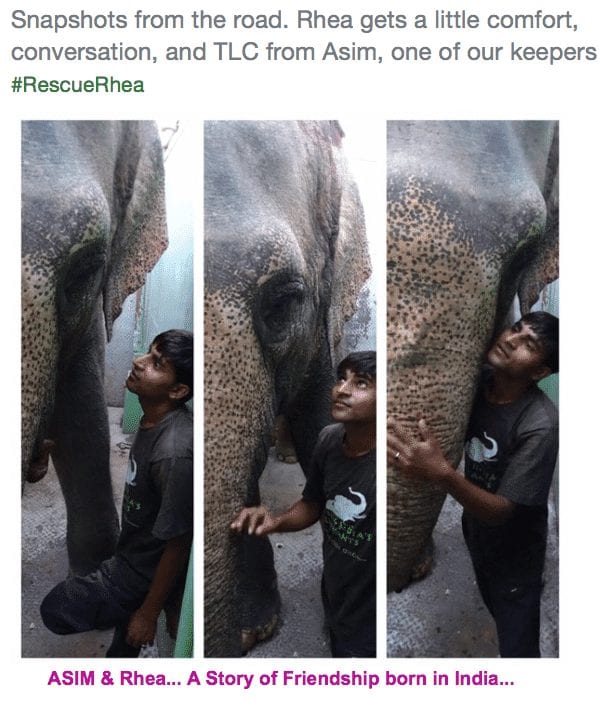 The implications of ahimsa are far reaching and extend beyond the care and protection given to animals. For example the fear of Muslims in christian nations knows no bounds. Recently a student was escorted off a plane for speaking arabic… This is the paranoia induced by the flawed notion that animals, nature and humans not of the tribe must be subdued, dominated and controlled. In India a beautiful young man of Muslim origin, Asim is allowed to express his love of animals and nature, as an elephant keeper at the Wildlife SOS India Elephant Sanctuary. During the recent rescue of a former circus elephant, Rhea, who was nervous as she entered the gigantic ambulance taking her to freedom, Asim got in the vehicle with her, gently made eye contact and then hugged her trunk… She was soothed and comforted. Not only has India brought back its lions, it is rescuing all its Elephants held captive in zoos and circuses… Meanwhile an elephant in a San Antonio, Texas zoo, will likely never see freedom from her bondage. In judeo.christian nations it is always legal to keep an elephant in a zoo or circus. The law must allow for animals as human property… it must allow for human supremacy. It is against the law in India to keep an elephant in a zoo or circus. In India they are living beings worthy of respect.

The ‘Panama Papers’ and ‘Regime Change’: Who is Behind ‘The International Consortium of Investigative Journalists’ (ICIJ)?

Liberals for Hillary: There is Nothing Stranger

Maximilian Werner: The senseless treatment of predators in...

What happens when two monkeys are paid unequally?

Slaughter of the Innocents: COVID-19 & the Future...

Marxism and the Animal Question

Thank you for posting this remarkable documentary.

What makes India so unique is the ancient, yet timely ethic of AHIMSA:

Ahimsa:
Ahimsa is derived from the Sanskrit verb root hims, which means “desirous to kill,” and the prefix a- is negation. So a-himsa means literally “lacking any desire to kill,”

As India sheds its colonial past (think great white hunger) and the Mogul Invasion (Mogul princes), who were largely responsible for the decimation of wildlife, these lions included, we can expect more rescues. protection and co-existence with wilderness animals. India is returning to its roots… During the reign of King Ashoka, his entire kingdom was known for great compassion, for no animals were killed there-in. Influenced by Jains in his court, he learned of and ordained ahimsa throughout his empire.

Ahimsa is alive in India… and as the announcer said so many times… it is not like this anywhere else.

Ranchers in the American heartland live by dominion… and kill by dominion. Should a predator animal such as a wolf take one of their cows, whom they intended to kill, this often results in a killing spree called a cull, with the goal of destroying all the wolves in that area…. the more killed the better…

Yet the unarmed farmers of Gujarat, the birth state of Gandhi, allow the lions to live along side of them. If a cow is taken there is no retribution, no mad frenzied killing spree… They allow the lions to live as lions… and the lions in turn do not harm them, but instead protect their crops from foraging animals such as deer. These farmers are the inheritors of AHIMSA:

“Souls render service to one another” Jain Tattavartha Sutra

Genesis 9:1-3 “The fear and dread of you shall rest on every animal of the earth, and on every bird of the air, on everything that creeps on the ground, and on all the fish in the sea; into your hand they are delivered. Every moving thing that lives shall be food for you; and just as I gave you the green plants, I give you everything.”