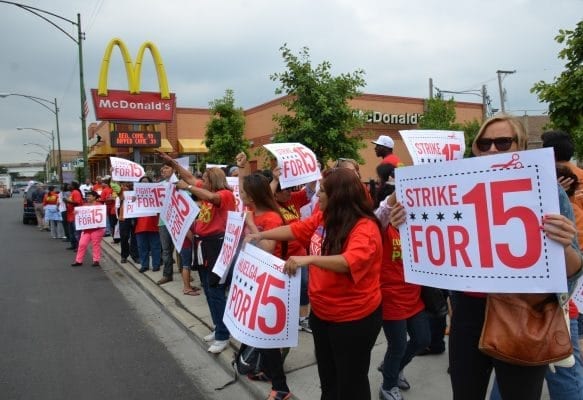 What state of history are we really in? For revolutionists the question is far from academic.

In his work “Two Tactics of Social Democracy in the Democratic Revolution”, Lenin discusses a vexing Russian pre-revolutionary problem similar to the problem facing American left radicals today. For Russia of that epoch the question was one of timing and tactics: Was the classical Marxian bourgeois revolution leading to a democratic republic as a first step toward the Socialist Revolution necessary, and even possible, considering the pusillanimous nature of the Russian bourgeoisie at the time? Or could Russia bypass bourgeois capitalism altogether and leap directly from backwardness into advanced socialism? Today, more than a handful of people ask: What will be the nature of the long overdue Great American Revolution?

Since the USA and the West are already in well-advanced capitalism, (albeit within only formally democratic republics—meaning democracies only in form but without substance) the second alternative seems to concern us more today. But is that true? A look at the historical circumstances of Lenin’s era from our historical point of view can be useful in determining where we really stand today.

In the section of his above work dedicated to the bourgeois revolution as “in the highest degree advantageous to the proletariat,” Lenin finds this to be true and in fact “absolutely necessary” in the interests of the proletariat. Today we should keep in mind that the proletariat in the USA is not only the former working class (despite the old-fashioned sound of the word “proletariat” to many, especially to the conservative, neocon imperialistic 0.01 percent), the size of the proletariat has not diminished as it might seem but has grown with the addition of a great part of the former middle class; in fact, around the corner waiting is a whole world consisting of a huge majority of proletarians ruled by a small elite. 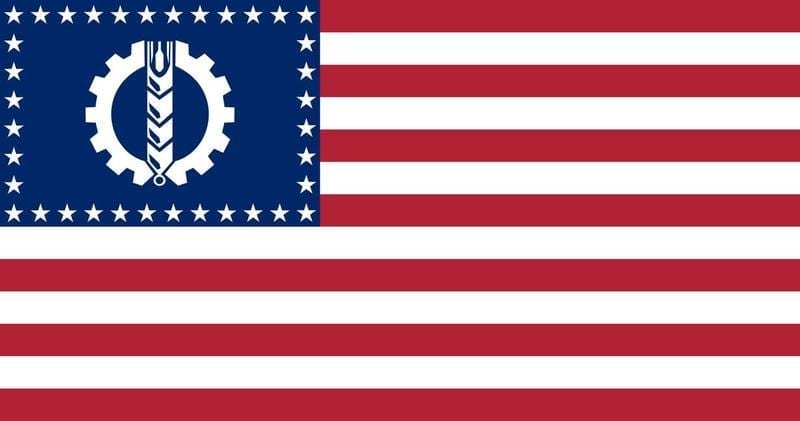 Lenin writes that it is more advantageous for the working class if the necessary social changes occur by way of revolution rather that by reform. That simple affirmation gives much room for thought! Reform, Lenin reminds is, is the route of “delay, procrastination and slow decomposition of the putrid parts of the national organism.” Moreover, as we see from day to day, in America as well as across Europe, the proletariat, the working man (1) and the impoverished former middle class—not to mention the poor and neglected one hundred million people of the USA, deprived of adequate health care and education, plagued by obesity and encouraged ignorance, and misled by constant and ubiquitous brainwash and false nationalist propaganda—could only benefit from the Marxist-Leninist, first phase bourgeois revolution before the determinant Great American Socialist Revolution being debated among America’s potential revolutionaries.(Unfortunately, apparently not among the masses of the brainwashed people, about which however I am inclined to think things are not exactly as we think they are.)

Contrary to appearances, today’s proletariat has grown with the addition of a great part of the former middle class. The inexorable dynamics of capitalism, always conducive to greater and more intractable inequality, are rapidly destroying this bulwark of the “American Dream.”

In any case, Lenin writes the revolutionary way is the shortcut to a “quick amputation, which is the least painful to the proletariat (which I hope we have agreed exists and is growing rapidly), the way of the direct removal of the decomposing parts, the way of fewest concessions to …(their) disgusting, vile, rotten, and contaminating institutions….” Marxism, Lenin recalls, urges the proletariat not to be aloof to the bourgeois revolution, but to take an energetic part in it and not to allow the bourgeoisie to take command of it.

On the other hand, Lenin advises against fears of a complete victory for social democracy in a democratic revolution and of a revolutionary-democratic dictatorship of the proletariat… for such a victory would arouse the socialist proletariat of Europe… which would in turn help us (the USA likewise today!) to accomplish the socialist revolution.”

In this same article Lenin goes on to discuss the cardinal question of the “possibility of holding power” against the forces of counterrevolution against which maximum unity is necessary among all revolutionary forces. At this point, the path of the revolution lies not from oppression by autocracy in Russia or our 0.01 per cent today, but from a bourgeois republic to socialism.

Lenin hammers home his message that the “social democrat (in those times the future Bolshevik) must never for a moment forget that the proletariat will inevitably have to wage the class struggle for socialism (also) against the most democratic and republican bourgeoisie and petty bourgeoisie. Hence the absolute necessity of a separate, independent, strictly Class Party of Social Democracy (i.e., communism). Hence the temporary nature of out tactics of ‘striking jointly’ with the bourgeoisie and the duty of keeping strict watch ‘over our ally, as over an enemy.’”

Lenin intends that the fight against the autocracy (0.01 percent) is a temporary and transient task of the socialists, the negligence of which would be tantamount to betrayal of socialism and of serving reaction. The bourgeoisie “is inconsistent, self-seeking, and cowardly in its support of the revolution and will turn against the people as soon as its selfish interests are met. There remains the “people”, the proletariat and in those times the peasantry, in our epoch the blue collar workers, service workers, and impoverished middle class, etc., to march to the end, i.e. the socialist revolution.

“The Russian (read also, the American) Revolution will begin to assume its real sweep, will assume the widest revolutionary sweep possible … only when the bourgeoisie recoils from it and when the masses come out as active revolutionaries side by side with the proletariat. In order that our revolution may be carried to its conclusion, (we) must rely on such forces as are capable of paralyzing the inevitable inconsistency of the bourgeoisie, i.e. recoiling from the revolution….
“The proletariat (workers and former middle class) must accomplish the socialist revolution by allying itself to the mass of the semiproletarian elements of the population, in order to crush by force the bourgeoisie….

(1) In this we mean anyone—professional or mere skilled laborer—that has to work for a living. The operational word is “has”, implying absolute necessity. Thus, David Rockefeller going to his office every day and putting in long hours is not “going to work”; that is merely his personal choice, to personally administrate his financial empire.

Flag Graphic: American Socialist Union flag by Ashley. According to the artist:

The Flag of the mighty A.S.U which after the great socialist Revolution of 1912 lead by William Haywood the old bourgeois Regime of the USA was swept aside.

Soon after we strengthened our holdings in the many countries of the Americas until inevitably they all saw the light and joined our glorious union.

This flag represents that union 36 stars one for each country all defending our socialist Ideals against the capitalist hordes threatening our way of life.

Interview with Diana Johnstone by the Saker Italia