Home COVERT OPERATIONS The ‘Panama Papers’ and ‘Regime Change’: Who is Behind ‘The International Consortium of Investigative Journalists’ (ICIJ)?

The ‘Panama Papers’ and ‘Regime Change’: Who is Behind ‘The International Consortium of Investigative Journalists’ (ICIJ)? 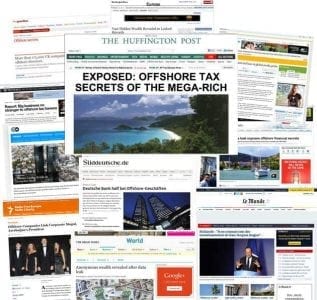 Ahh the world is following the ICIJ

The International Consortium of Investigative Journalists (ICIJ) is based right in the belly of the beast, Washington D.C. The ICIJ is an offshoot of the Center for Public Integrity (CPI). In an interesting note, ultra-propagandist CNN’s Christiane Amanpour was a former board member of the organization. The CPI is also funded by the CIA-connected Ford Foundation, George Soros’s ‘Open Society Foundation’, The Rockefeller Family Fund and the Rockefeller Brothers Fund of the international banking cartel, the Rockefeller family. 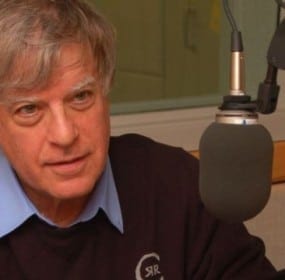 David Satter, yet another pseudo journalist working for the empire. A shameless disinformer by any impartial standard.

Many main-stream media (MSM) news outlets have partnered with the ICIJ to serve the global political and financial establishment. The list includes the British Broadcasting Corporation (BBC), the Guardian (UK) and the Huffington Post (US). The ICIJ also partnered with Radio Free Europe/Radio Liberty which was established during the Cold War as a CIA front to broadcast anti-Soviet propaganda into Eastern Europe. In 2014, a France 24 titled ‘’Radio Free Europe back on frontline over Ukraine’ reported that “A quarter of a century after it helped topple totalitarian Communist regimes in Eastern Europe, the US-funded Radio Free Europe/Radio Liberty is dueling Moscow again, this time in a media war over the Ukraine crisis.” Journalist and author David Satter, a former Moscow correspondent for the Financial Times who claimed Russian President Vladimir Putin ordered the apartment bombings across Russia in 1999 was an advisor at one time for Radio Free Europe/Radio Liberty. Well-known establishment mouthpieces such as the New York Times and the Washington Post have also partnered with the ICIJ; they are highly influential and helpful in setting and selling Anglo-American foreign policy for the Military Industrial Complex. As stated earlier, the ICIJ is also supported by the Open Society Foundation and the Ford Foundation. The Ford Foundation’s connection to the CIA is a well-documented fact since the 1940’s. Frances Stonor Saunders, the author of ‘Who Paid the Piper? The CIA and the Cultural Cold War’ wrote “the CIA considers foundations such as Ford “The best and most plausible kind of funding cover”. The Open Society Foundation, another regime change organization run by billionaire Zionist George Soros who wants Putin removed from power, has collaborated on a number of occasions with the United States Agency for International Development (USAID), another notorious regime change organization. 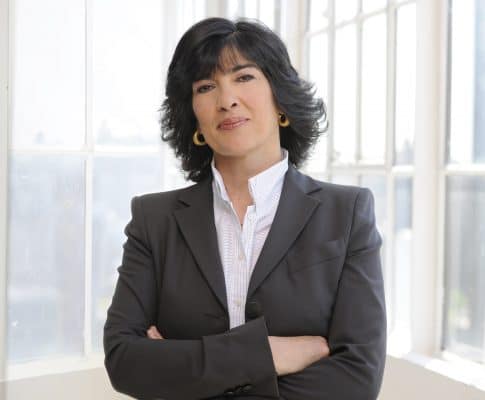 Iranian-descent Christiane Amanpour: An establishmentarian loyally doing the establishment’s bidding across the globe.

President Vladimir Putin and Syrian President Bashar al-Assad are the first casualties of the Panama Papers scandal. According to the BBC, Putin recently commented on Russia’s “Western opponents” on Russian television when he said that they “are worried by the unity and solidarity of the Russian nation… and that is why they are attempting to rock us from within, to make us more obedient”.  NBC news, an American propaganda news outlet did not waste any time accusing Putin of money-laundering with his “close” associates:

Russia’s president, Vladimir Putin, is not named in the documents, but there are allegations of a billion-dollar money-laundering ring controlled by a Russian bank that has links to associates of the Russian leader. The International Consortium of Investigative Journalists (ICIJ), one of the teams that has been analyzing the data, told CNBC the papers show Putin’s close aides were involved in a $2 billion money trail with offshore firms and banks

NBC interviewed one of the journalists from the ICIJ by the name of Jake Bernstein:

“We’ve found a network of people around Vladimir Putin,” ICIJ’s Jake Bernstein told CNBC Monday.  “It’s extraordinary, they are moving hundreds of millions of dollars at a time, they are taking money from a subsidiary, a Russian state bank, they are grabbing interests in major Russian companies and although we never see Vladimir Putin’s name in the documents themselves, these are people who are very close to him,” he added

“I feel fairly confident that the Kremlin will be going after the U.S., Soros, the CIA and this is going to make Russian policy towards the U.S. actually much more sharp and antagonistic,” he said. “That’s the kind of thing authoritarian governments need to do to take forced transparency that makes them look bad at home, they have to gin up trouble with enemies abroad”

There is no evidence that Putin did anything illegal, it is Putin’s “close friend” and his “childhood friends” that have offshore accounts in Panama. What is also interesting is that Syrian President Bashar al-Assad is implicated in the ‘Panama Papers’ despite no evidence whatsoever that Assad himself has any offshore accounts. It is Assad’s cousins who are maintaining the offshore accounts. Is the West attempting to create revolutions in Russia and Syria on allegations of corruption since the Islamic State has failed to remove Assad from power? There were protests in Iceland against Prime Minister Sigmundur David Gunnlaugsson for his links to an offshore company in the British Virgin Islands he and his wife set up with assistance by Mossack Fonseca law firm with money they inherited. Telesur reported that social movements in Mexico and Panama also began protests against the “Panama Papers corruption scandal.” That is what the Western media and the regime change organizations such as the Open Society Foundation and the Ford Foundation with collaboration with the CIA and Washington hope for. The West is trying to achieve “regime change” in Russia and Syria with protests that would lead to violence which means more “good” propaganda for the MSM against Russia and Syria. Washington and its Western partners are clearly behind this operation because they are desperate for regime change even if their close allies are exposed in the Panama Papers including Ukrainian President Petro Poroshenko and Saudi King Salman Bin Abdulaziz Bin Abdulrahman Al Saud (who has never had much reason to hide his wealth, so it makes no sense to play with offshore accounts…unless he fears revolution or a palace coup). For Washington it is nothing personal against their allies who were sacrificed for a geopolitical agenda, it is just business as usual.

About the Author
Timothy Alexander Guzman is an independent researcher and writer with a focus on political, economic, media and historical spheres. He has been published in www.Globalresearch.ca, The Progressive Mind, European Union Examiner, News Beacon Ireland, www.whatreallyhappened.com, EIN News and a number of other alternative news sites. He is a graduate of Hunter College in New York City.
Source: Silent Crow News

Note to Commenters Due to severe hacking attacks in the recent past that brought our site down for up to 11 days with considerable loss of circulation, we exercise extreme caution in the comments we publish, as the comment box has been one of the main arteries to inject malicious code. Because of that comments may not appear immediately, but rest assured that if you are a legitimate commenter your opinion will be published within 24 hours. If your comment fails to appear, and you wish to reach us directly, send us a mail at: editor@greanvillepost.com

Nauseated by the vile corporate media? Had enough of their lies, escapism, omissions and relentless manipulation?

GET EVEN. Send a donation to The Greanville Post–or
SHARE OUR ARTICLES WIDELY! But be sure to support YOUR media. If you don’t, who will?