Erdogan Wants Everyone Criticizing Him Prosecuted

In Turkey, dissent is a criminal offense. Anyone criticizing Erdogan or exposing regime wrongdoing risks arrest, prosecution and imprisonment on charges ranging from insulting the president to espionage, treason or terrorism. 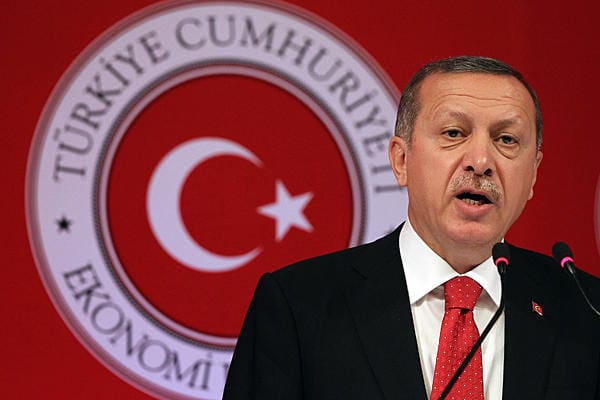 Turkey’s PM Erdogan has shown a vicious disposition to carry out rightwing policies and go beyond the call in collaboration with Washington, the mark of a true accomplice.

Journalists, academics, public figures, human rights activists, even young children are vulnerable. So would world leaders be if Erdogan has his way. Last December, regime loyalist Mahir Akkar urged Putin be criminally investigated on charges of insulting and defaming Erdogan.

He wants Russian Deputy Defense Minister Anatoly Antonov to stand trial for “insulting the president,” saying “we cannot turn a blind eye to defamation against our president by other presidents or officials.”

Turkish nationals in the Netherlands were asked to reveals names of anyone insulting Erdogan and their remarks. Dutch Prime Minister Mark Rutte said he’ll handle things through diplomatic channels. “Our ambassador in Ankara will ask for an explanation,” he said.

It is hardly surprising that this thug is one of Washington’s key allies in mischief in the Middle East and elsewhere.

An Erdogan regime letter asked Turkish nationals living in the Netherlands to report “messages from people who are insulting our president, the Turkish nation or Turkey in general.” It asked for “names and the quotes” to be sent to Turkey’s Rotterdam Consulate General.” Turkish opposition Republican People’s Party (CHP) Dutch branch chairman, Axu Ozalp, called what’s happening “very worrying.”

[dropcap]D[/dropcap]utch journalist Frederike Geerdink said Ankara’s campaign targets anything appearing on Facebook, Twitter, other social media and private emails. It aims to “influence how Dutch Turks behave.” Politicians in Holland call the scheme “the long arm of Ankara,” wanting control over diaspora Turks throughout Europe, perhaps others expressing criticism of a rogue regime.

Let me go on record saying clearly. I’d do lots more than insult him. I’d make the same accusations to his face. I won’t be silenced or intimidated.  Maybe his “long arm” will target me. Put nothing past a crazed despot, wanting everyone and everything interfering with his iron-fisted rule eliminated.
About the author