1: Both were highly successful politicians who had exceptionally negative net-approval ratings from the U.S. public, but were viewed highly favorably by the voters within their own Party. 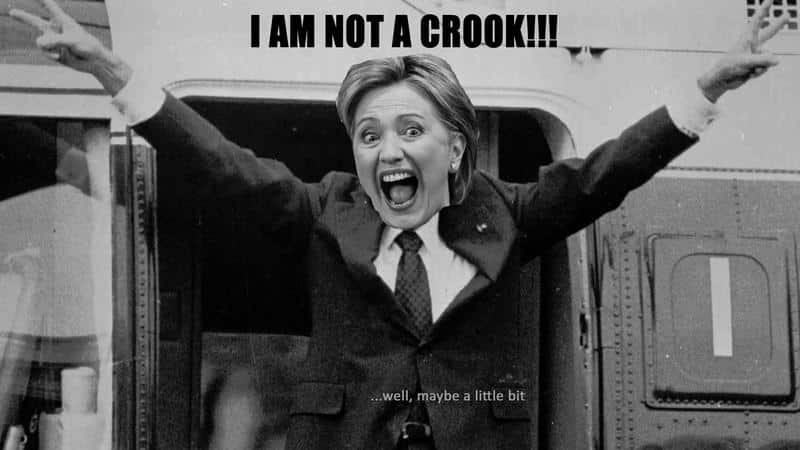 2: Both were unsuccessful in their first run for the Presidency, but managed to come back and ran considerably more successful campaigns the second time around.

3: Both were highly distrusted, except by the voters within their own Party.

4: Both went into their Presidential campaign years (especially the second time around) as being “the candidate with experience.”

5: Both were war-hawks and proponents of a big military, but were also liberals on social policies and regulatory policies (for example, Nixon signed into law the National Environmental Policy Act, several environmental initiatives including the Clean Air and Clean Water Acts, the Mammal Marine Protection Act, and the creation of the Environmental Protection Agency; and, he started the Earned-Income Tax Credit, which “now lifts more children out of poverty than any other government program”).

6: Whereas Nixon, running during the Cold War against the sitting Vice President Hubert Humphrey in 1968, lied that he had ‘a secret plan to end the Vietnam war’ (he actually had — and applied — a secret plan to extend the Vietnam war), and he won the Presidency on the basis of that lie; Hillary Clinton, running against the anti-restoration–of-the-Cold-War progressive Bernie Sanders in 2016, lies by saying that she has a plan to end the war in Russia-allied Syria. Sanders says: “Of course Assad is a terrible dictator. But I think we have got to get our foreign policies and priorities right. The immediate — it is not Assad who is attacking the United States. It is ISIS. And ISIS is attacking France and attacking Russian airliners. The major priority, right now, in terms of our foreign and military policy should be the destruction of ISIS.” Clinton says an emphatic no to that: “Assad has killed, by last count, about 250,000 Syrians. The reason we are in the mess we’re in, that ISIS has the territory it has, is because of Assad.” So, she is promising regime-change in Syria and saying that it’s the prerequisite to defeating ISIS — which is an absurd lie, since ISIS, and Al Qaeda, and all the other jihadist groups who have flocked into Syria to overthrow and replace Assad, are certainly not the way to defeat ISIS, nor to defeat the other jihadist groups there, all of which are anti-Assad, as is Clinton herself. Clearly, then, her ‘plan’ to win the war in Syria is, essentially, to replace Assad with jihadists — to whom the U.S. is sending thousands of tons of weapons. Her Big Lie there is merely stupider than Nixon’s (it’s transparently stupid, because both she and ISIS aim, above all, to overthrow Assad), but it’s just as much a lie about war-and-peace as was Nixon’s ’secret plan to end the Vietnam war’; and, in that sense, it is remarkably similar and (like Nixon’s lie was) can be believed only by liar-trusting fools, including virtually all members of the candidate’s own Party, plus a large percentage of political independents.

6: Both Richard Nixon and Hillary Clinton were/are famous for being secretive, and for distrusting everyone except his/her proven-loyal personal entourage — loyalty is a higher value to them than is any other. They are paranoid — very us-versus-‘them’ — and all-too-willing to use unethical means of defeating ‘them’ (not really the American people’s foreign ‘enemy’, but, above all, their own domestic “enemies-list”).

7: Both Nixon and Clinton famously use curse-words profusely in private, and treat their subordinates like trash, and rule them by fear.

The Sandernista Journey: An Epic Confrontation with Corporate Power, or a Slow Fade