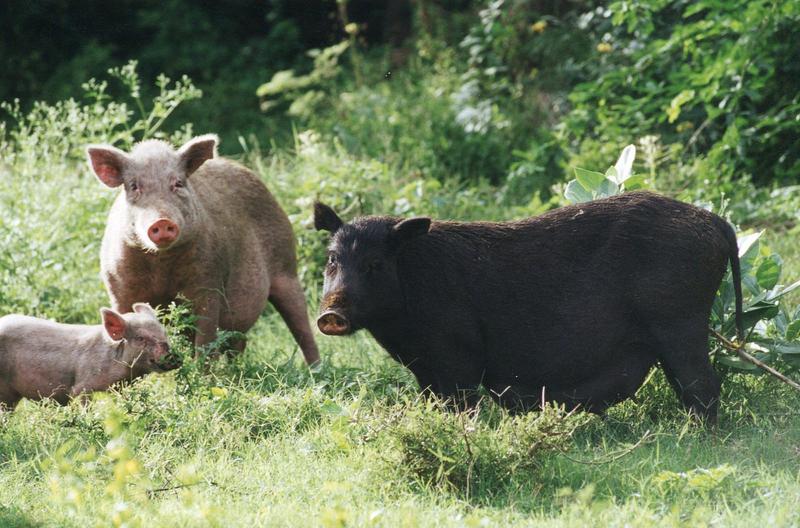 Last week, I took the opportunity to represent the Animal People Forum at the Humane Society of the United States’ annual Expo conference in Las Vegas. While I have very mixed feelings about the location in which it was held – a surreal hybrid of Sodom & Gomorrah, Disneyland, and Dante’s Inferno – the conference itself was excellent, with many valuable sessions and plenty of great opportunities for networking.

During the welcome session, HSUS President and CEO Wayne Pacelle gave a talk promoting his new book, The Humane Economy. He presented numerous examples of how public concern for non-human animals, and outrage over cruelty and neglect, has driven companies in various industries to reform their treatment of other species. These range from Ringling Bros. Circus agreeing to retire its performing elephants, to numerous airlines refusing to transport hunting trophies out of Africa following mass outcry over Cecil the lion’s illegal killing.

Pacelle’s distinctly pro-capitalist approach to animal protection will undoubtedly rankle more radical activists, who see capitalism not as a potential ally, but as an intrinsically exploitative system and one of the foremost obstacles to meaningful change for animals…

Pacelle’s thesis, further elaborated in his book, is twofold: that activists can best promote animal protection by leveraging market forces as a catalyst for change, and that companies act in their own best interests by taking consumers’ ethical demands seriously. He summarized this thesis in his talk by declaring,

“Animal protection shouldn’t be a sacrifice. It should be an opportunity.”

Pacelle’s distinctly pro-capitalist approach to animal protection will undoubtedly rankle more radical activists, who see capitalism not as a potential ally, but as an intrinsically exploitative system and one of the foremost obstacles to meaningful change for animals. While I do not myself dispute the use of economic incentives as a tactic to advance animal welfare in certain situations, such as those cited in The Humane Economy, I am nonetheless extremely wary of any approach that conflates moral principles with business pursuits. In some cases, defending animals may present economic opportunities; but in others, it may indeed require sacrifice. Either way, compassion for all sentient beings must remain our highest value and foremost priority, and be pursued regardless of the profit or cost it may bring corporate interests. ‘The Humane Economy’ by Wayne Pacelle

That said, accepting Pacelle’s thesis for the sake of argument, another important issue arises. When it comes to eating animals, Pacelle offered in his talk multiple examples of companies in the food industry working to make their practices more “humane:” pork producers agreeing to phase out gestation crates for pigs, and restaurants and grocery outlets committing to sell only eggs from “cage free” chickens. Yet he gave no mention at all to the production of high-quality alternatives to meat, eggs, and dairy – now a thriving industry whose products herald a possible end to animals’ exploitation and slaughter for food altogether. Despite being vegan himself, he didn’t even mention the words “vegetarian” or “vegan” once.

Why the omission? In his book, Pacelle actually does devote considerable attention to the creation of veg alternatives to meat, eggs, and dairy. The Humane Economy describes both plant-based substitutes, such as Beyond Meat, Gardein, and Hampton Creek’s Just Mayo, and projects like Maastricht University’s Cultured Beef, which grows animal protein directly from stem cells rather than by harming living animals. (This article will bypass the philosophical debate over whether in vitro meat is technically vegetarian or vegan, as the end result in sparing animals is effectively the same.)

There is no disputing either the profitability of such enterprises, or their massive potential to benefit animals. According to Pacelle’s book, Gardein products are now available in 22,000 stores, and in 2014 the company that produces them was bought by Pinnacle Foods for $174 million. The Humane Economy quotes Josh Balk, cofounder of Hampton Creek, as stating that if just a single line of pasta produced by Michael Foods were to switch to his company’s vegan egg replacer, it would spare 115,000 hens from miserable lives in battery cages.

From the perspective of animals raised for food, the manufacture of veg alternatives to meat, eggs, and dairy is infinitely preferable to the adoption of slightly less cruel farming standards. “Humane” certification programs may curtail some of the worst abuses, but still permit branding, castration without anesthesia, unnatural crowding, require little if any access to the outdoors, and ultimately consign animals to die – usually in the same industrial slaughterhouses as their more cruelly raised brethren. Veg foods remove animal exploitation from the equation altogether. From an economic viewpoint, such products are also far more sustainable in the long term than are meat, dairy, or eggs produced by animals under any conditions. The United Nations has recognized emissions from animal agriculture as one of the leading causes of climate change, rivaling or exceeding all transportation combined. According to a recently leaked report commissioned by Nestlé, if meat production continues at current rates, a third of the human population will face water shortages by 2025, with “catastrophic” global consequences by 2050. Given that factory farming has prevailed due to its relative efficiency in utilizing resources of food, water, and space, adopting more “humane,” resource-intensive forms of agriculture will only hasten the catastrophe – and an end to corporate profits – unless demand for animal products is drastically reduced at the same time.

By contrast, it takes 99% less water, and produces 78-95% fewer greenhouse emissions, to produce a pound of grain protein than a pound of animal protein. Oxford University estimates that growing meat directly from stem cells would require 99% less land, 96% less water, and produce 96% fewer greenhouse gas emissions than raising and slaughtering animals for it.

That Pacelle evidently knows these facts, touching on most of them in The Humane Economy, only makes his omission of them in public talks all the more striking. In a guest appearance on Real Time With Bill Maher, he doesn’t mention vegetarianism at all, except in the context of congratulating Seaworld (!) for agreeing to offer more plant-based food options at their parks in addition to “humanely” produced meat. In an interview with Nicholas Kristof of the New York Times, he even dismisses it, saying,

“Animals jammed into cages and crates cannot wait for the world to go vegan. I’m quite sure they want out of this unyielding life of privation right now, and once that question is settled, then sensible people can debate whether they should be raised for the plate at all.”

That even at HSUS’ own conference, preaching to a choir of animal protection activists with no risk of backlash for advocating a vegetarian or vegan diet, Pacelle chose to promote “humane” meat and not veg alternatives is extremely bewildering. Moreover, it entirely contradicts the logic of his own argument, that “Animal protection shouldn’t be a sacrifice. It should be an opportunity.”

On the one hand, encouraging consumers to eat “humane” meat, eggs, and dairy sacrifices the overall welfare of animals. It may prevent a few particularly egregious forms of cruelty, but leaves the overall system of brutal exploitation and killing intact, now sanitized in the public eye through the endorsement of high-profile animal welfare organizations like HSUS. (it is worth noting that S 820, which HSUS lobbied unsuccessfully to include in the 2014 Farm Bill, would have implemented larger cages for laying hens nationwide yet also prohibit further reforms in the future, preserving the egg industry in perpetuity in the name of animal welfare.) And if such a “reformed” industry is to be sustainable, it demands sacrifice on the part of the consumer as well, for it is only by drastically reducing their consumption of meat and animal products that animal agriculture can continue without causing global environmental devastation. In the long term, “humane” farming of animals is a lose-lose for everyone concerned. On the other, vegan meat alternatives and lab-grown in vitro meat can be made without farming or slaughtering animals at all, eliminating their suffering entirely. And as their production becomes more and more advanced, such products will become indistinguishable from animal meat in taste, texture, nutrition, and even their basic biochemical structure. By choosing non-violent alternatives to meat, eggs, and dairy, consumers can continue to enjoy their favorite dishes in the same quantities as before, without exploiting animals or placing unbearable stress upon the Earth’s environment. Nothing, and no one, is sacrificed, and everyone wins – humans, animals, and the planet alike.

Admittedly, promoting meat alternatives to people used to eating slaughtered animals may be more difficult than simply offering “humane” versions of the same product. But animal protection organizations like HSUS owe it to the animals to seek the greatest good, not the path of least resistance… particularly if the short-term gains they achieve serve to perpetuate dietary choices that cause immense unnecessary suffering, and will ultimately devastate the planet and civilization with it. If Wayne Pacelle and HSUS can plug “humane” meat in the New York Times, and even sponsor tours for foodies to eat meat at humane-certified restaurants, think what the same time, energy, and resources could accomplish if used to support projects like Beyond Meat, Gardein, and Cultured Beef instead.

If we are to accept Wayne Pacelle’s capitalist approach to animal protection, the logical conclusion is clear: a “humane economy” must by definition be a veg economy. That he so adamantly seeks to evade this conclusion is mystifying and disturbing. 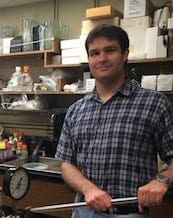 Born and raised within the animal rights movement, Wolf Gordon Clifton, currently serving as Executive Director of Animal People Inc, publisher of the Animal People Forum (animalpeopleforum.org) has always felt strongly connected to other creatures and concerned for their well-being. Beginning in childhood he contributed drawings of animals for publication in Animal People News, and traveled with his parents to attend conferences and visit animal projects all over the world. During high school he began writing for the newspaper and contributing in various additional ways around the Animal People office. His first solo trip overseas, to film a promotional video for the Bali Street Dog Foundation in Indonesia, led him to create the animated film Yudisthira's Dog, retelling the story of an ancient Hindu king famed for his loyalty to a street dog. It also inspired lifelong interests in animation and world religion, which he went on to study for college at Vanderbilt University. Wolf graduated in 2013 with a Bachelor of Arts in Religious Studies and minors in Film Studies and Astronomy. In 2015, he received a Master of Arts in Museology and Graduate Certificate in Astrobiology from the University of Washington. His thesis project, the online exhibit Beyond Human: Animals, Aliens, and Artificial Intelligence, brings together animal rights, astrobiology, and AI research to explore the ethics of humans' relationships with other sentient beings, and can be viewed on the Animal People Forum. His diverse training and life experiences enable him to research and write about a wide variety of animal-related issues, in a global context and across the humanities, arts, and sciences. In his spare time, he does paleontological work for the Burke Museum of Natural History and Culture, and writes for the community blog Neon Observatory.

Drugs, Duterte & The Nature of Imperialism