Special to The Greanville Post | Commentary No. 42: “Are U.S. Political Party Splits Coming?” 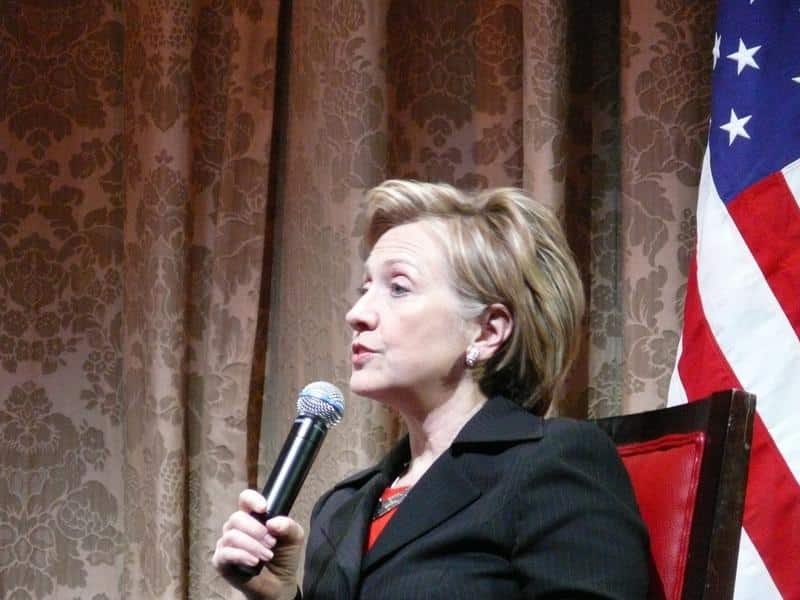 “By ‘state apparatus’ is meant all of the institutions, executive, legislative, and judicial, including both the civil and police/military agencies, used for social control, management, and operations in both the ‘public’ and ‘private’ sectors of the economy, that exist in a particular nation.  In the United States, the two parties, Democratic and Republican, compete for control of the state apparatus within certain limits of course, because both parties serve the interests of the ruling class of the U.S. capitalist enterprise.  They just offer variations on how to best serve those interests.

“It is important to understand that the state apparatus never exists independently of the economic system of the country within which it stands.  Rather it is there to make sure that it, the economic system, stays firmly in place.  The disagreements between political parties in the capitalist nations come over how best to go about maintaining the ruling class’s control, the ruling class being those individuals, corporations, organizations, and interests that have their hands on the levers of economic power in the nation.

“Concerning the nature of ‘constitutional democracy’ under capitalism, the Russian political scientist who concretized the modern understanding of the state, Vladimir Ilyich Lenin, put it this way:

‘To decide once every few years which member of the ruling class is to repress and crush the people through parliament – this is the real essence of bourgeois parliamentarism, not only in parliamentary-constitutional monarchies, but also in the most democratic republics.’ “

Although the creators of U.S. Constitutional democracy (I just hate the term “Founding Fathers,” for reasons that I shall not go into here) are said to have not contemplated the establishment of political parties, the first appeared early on.  By the time of the election of the second President, John Adams, the Federalist Party was firmly in place. The first party split started in 1800 and occurred in slow motion, over the next 25 years or so.  By the time of the first election of Andrew Jackson in 1828 there were two political parties, his, the Democrats, and the Whigs.  In general terms, they represented the two major wings of the U.S. ruling class, the slaveholders of the South and the developing industrialists of the North.

Because of the economic, political, and social tensions created by the existence of the institution of slavery, this first U.S. political duopoly did not last too long.  The Whig Party was generally interested in high tariffs to protect developing industry, it was interested in having government play a major role in infrastructure development, it was interested in having a basic public education system because while it didn’t want its workers getting too educated, in order to operate machinery workers did need to have some basic level of education, and for a variety of reasons it did not want to see slavery expand into the Western territories.  Nevertheless, the Whigs did have a pro-slavery, Southern wing, and as the political conflicts over slavery became more intense in the 1850s it split apart.  The Southern branch eventually joined forces with the Democratic Party while the Northern branch joined with some abolitionists, Nativists, and pro-temperance interests to form the Republican Party.

It now firmly represented the interests of the Northern ruling class which then went to war with the Southern ruling class, indeed over both the issue of slavery and the role of government and the state.  After a short post-war period in which a principled sector of the Republican Party tried to establish conditions in the South so that freed slaves could have some prospect of a normal life (Reconstruction), fairly quickly, under the control of its industrialist base it abandoned that prospect and became the Republican Party that we have known since: the clear political representative of the industrialist/manufacturing sectors, with transportation, fossil fuel and finance/banking being added over time.  The split of the Whigs was indeed the last great split of a U.S. political party.

During the time of the New Deal, under the Democrats, with blessing of certain ruling class elements, there was something of a split in that party.  It came in response to the growing power of originally Communist-led trade unions during the Depression, that agreed to the establishment of certain very minimal worker-support government programs.  But like the original Federalist Party split, that one took place in slow motion. But unlike the Federalists, or the Whigs, it did not end up in two pieces.  Rather the Party’s right-wing, sort of harkening back to its 1924 Presidential candidate, John W. Davis, in the 1908s took the party back from the remnants of the New Dealers, under something called the Democratic Leadership Council.  As is well known, its chairman was Bill Clinton.

One way to look at the current Democratic primary competition for the party’s nomination is to see the DLC on the one hand with the New Deal (now on steroids) on the other, each representing a wing of the ruling class.  This is a subject to which we shall return.  Right now, in terms of potential splits, the topic is the Republican Party, with Donald Trump, as George Packer described him in The New Yorker of May 16, 2016, “a celebrity proto-fascist with no impulse control” having won their nomination (see also my column on this subject).  Certain well-credentialed observers like history Prof. Sean Wilentz, and BAR Executive Editor Glen Ford, in this space, see a Republican split coming.  I don’t.  Political party splits need to be ruling class-based. 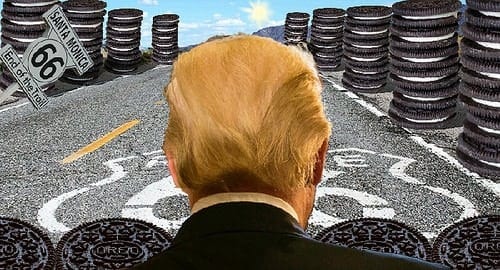 First, Trump has no underlying political ideology.  As a businessman who has had many ups and downs, he does what works at the moment.  Second, he is thus primarily a showman, who happens to running heavily, as is well known, on racism, xenophobia, mysogny and authoritarianism.  Trump will either win the Presidency or he will become an historical anomaly, fading (slowly, perhaps, because he is so loud) into the mists of history.  If he wins, regardless of what he says now about trade and “bringing jobs back,” the Repubs. will be surely in charge of the Congress, that won’t happen.  Furthermore, with Trump’s picks there would be a Supreme Court for which to liberals the days of Roberts and Kennedy would look good.  It wouldn’t let any of the taxation/regulation policy need to make that happen, happen.

Despite the fact that, so far at least, Pretty Boy Ryan is counting on a Trump loss and is setting himself up as the presumptive Repub. Nominee in 2020, the bulk of the party is rallying around him.  And why?  Because there is no ruling class split within the party’s leadership, either political or economic.  Differences in style, yes.  As I said in an earlier column, a preference for the use of dog-whistles rather than Trump-ettes.  Surely.  But on  the underlying policies, from continuing tax cuts for the rich, the continuation of voter suppression, the continual dependence on religious determinism in social policy, the continually bolstering of the military-industrial complex, the slash and burn approach to government regulation, the total denial of climate change and what acceptance of the science would mean for the fossil fuel industry, and so on and so forth, there are no splits in the ruling class the underlies the Repub. Party.  Trump differs primarily in style.

Given what has happened in the past in the United States, that party splits have occurred when there are major splits in the interest of the ruling class sector undergirding that particular party, style is not the basis for any party split.  And oh yes, should Trump lose (and there is no guarantee of that, folks), the dog-whistles will quickly be refurbished, the old bromides will be re-stirred, Pretty Boy Ryan (who looks good but is all Repub. stone underneath) will be out in front, the party will continue to practice obstructionism to a fare-thee-well against whichever Democrat might happen to be in the White House, and on we will go, down the road to historical disaster.  And oh yes, the Second Civil War.

Animals: Who’s to Blame for Harambe’s Death—and What Can Be Done to Avoid Such Unnecessary Killings?