Trump or Clinton, Screwed Either Way

After disaster strikes, it often turns out that there were several contributing factors behind it. Looking back, though, there was usually one key moment when One Really Bad Decision was made — when catastrophe might have been avoided had the people in charge done something different.

Unless something dramatic happens soon, either Donald Trump or Hillary Clinton will win the presidency this fall. Either candidate would be a disaster. 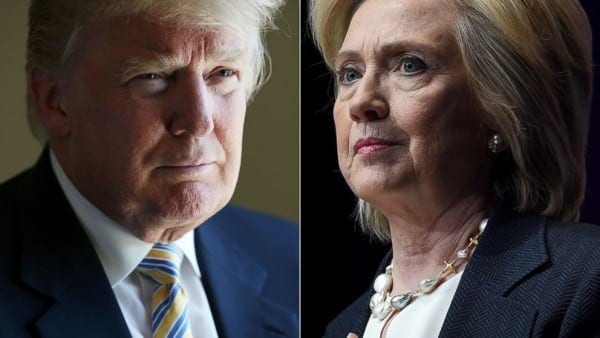 You already know why Trump is dangerous. He’s savagely ignorant of politics, history and, surprisingly considering his profession, economics. He advocates violence on a vast scale: against protesters, against other countries, against millions of children whose only crime was to be brought to the United States by parents who snuck them over the border. He’s a rude, boorish, hostile, aggressive jerk — not a personality you want in charge of nuclear launch codes, or talking to other people in other countries who have their own launch codes. He’s so incurious and anti-intellectual that he makes George W. Bush look like Slajov Zizek.

Yet Hillary is just as scary.

Hillary Clinton is taking foreign policy advice from the last people anyone wants near a sitting president: those crazy neo-conservatives. We’re talking about extreme right-wing nuts like Robert Kagan, Max Boot, Richard Perle  — the same exact lunatics who convinced Bush to invade Iraq. Henry Kissinger, who belongs in prison at The Hague, is on Secretary Clinton’s speed dial. She brags about it!

She’s in the pocket of AIPAC, the Washington lobbying firm that leans on politicians to support Israel’s most disgusting atrocities, like the recent Gaza War — which puts us square under the crosshairs of radical Islamist groups. Under a second Clinton Administration, the Forever War will continue and expand. There will be more drones. More political assassinations, like the murder of Osama bin Laden, which she can’t stop crowing about. She will provide many more reasons for people in other countries to hate the United States. Just what we need.

It certainly isn’t what we want. Most Americans think Bush-Obama’s “war on terrorism” is a mistake, and that the terrorists are winning.

At a time when we need to wind down interventionism and refocus on our long-neglected needs here at home — infrastructure, jobs, healthcare — we get Dubya in a pantsuit.

Speaking of jobs, Hillary Clinton seems determined to make sure there isn’t a single American left working in America. With the exception of the Trans-Pacific Partnership (TPP), Clinton consistently supports job-exporting “free trade” pacts. (She backed TPP too before pressure from Bernie Sanders prompted her to change her mind.)

Hillary and her pet Democratic Party are planning to claim victory in the Democratic primaries over Bernie on Tuesday, June 7th. This is, of course, bull feces; neither candidate will have enough pledged delegates after the votes are counted Tuesday to claim the nomination. Hillary’s claim is based on her assumption that she will carry the majority of superdelegates, those establishment conservatives who make up a fifth of the total delegate count.

Thing is, the superdelegates won’t actually vote until the convention, which takes place in Philadelphia in mid-July. The Clinton campaign is relying on a November 2015 AP poll, which showed her with a commanding superdelegate lead over Sanders. A poll isn’t a vote. Moreover, it’s an old poll. A lot has happened since November, like the inspector general issuing a damning report about Hillary’s private email server, Sanders winning primaries and caucuses he was expected to lose, Sanders pulling in countless five-figure crowds at his rallies, and other polls showing Sanders beating Trump and Hillary, not so much.

Superdelegates can change their minds. In June 2008, when she was running against Barack Obama, Hillary urged them to do exactly that. As it played out eight years ago, they switched from her to him instead.

Much has been made of Sanders’ alleged hypocrisy: his only path to the nomination, Clintonistas smirk, is convincing superdelegates — a system that he opposes — that he’s a stronger candidate against Trump. Well, poo. I dislike capitalism, yet I charge money to media outlets that publish my column. Am I a dastardly hypocrite too?

Oh, and psst— Hillary Clinton was against the superdelegate system in 2008.

The base of the Democratic Party is moving inexorably left. Whether or not she beats Trump, handing the nomination to a right-winger like Hillary Clinton over an undeniably more viable leftie like Bernie Sanders could alienate so many liberals and progressives that it could destroy the Democrats’ future as a national political party. And if she loses — which now seems likely — we get Trump.

This is one of those weeks, or two of them, when it’s still possible to prevent a terrible thing from taking place.

On Tuesday night, the news media should refrain from declaring Hillary the victor. She won’t be. She can’t be. It’s not over until July, so that’s what they should report.

Between now and July, Democratic superdelegates should search their hearts, read the head-to-head matchups, and consider switching to Sanders who, for whatever flaws he has, is a real liberal — he’s not a Democrat, but he’s more of a Democrat than she is.

And the Department of Justice should stop running out the clock. Hillary Clinton is not one for mercy: she thinks the heroic Edward Snowden should be tried for treason, and she’s still for the death penalty. She ought to be held accountable for the email scandal. Indict her. Try her. Let the jury — and the voters — decide her fate. 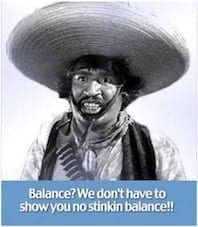