The UN’s annual List of Shame is supposed to blacklist countries and groups “engage(d) in the recruitment and use of children, sexual violence against children, the killing and maiming of children, attacks on schools and/or hospitals and attacks or threats of attacks against protected personnel, and the abduction of children.” [/su_panel] 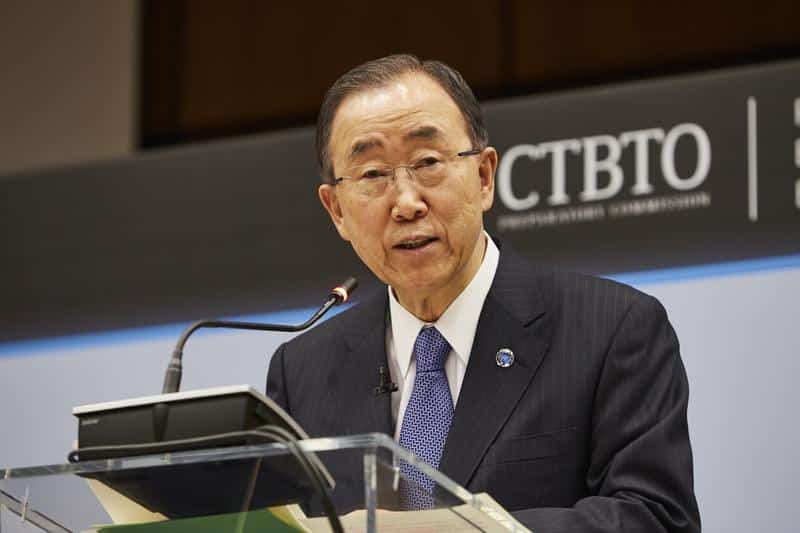 No nations more demand blacklisting than America, Israel, Turkey and Saudi Arabia, along with their rogue allies.

Endless US direct and proxy wars continue slaughtering children indiscriminately, devastating the lives of countless millions in numerous countries. Yet it isn’t included on the UN List of Shame.

Israel wages wars of aggression at its discretion. It collectively punishes millions of Palestinians daily, treating young children as viciously as adults, brutalizing, wrongfully imprisoning or murdering them in cold blood. Yet it’s not blacklisted.

Turkey is waging genocidal war on its Kurdish population, as well as against Syrian and Iraqi Kurds, slaughtering children indiscriminately, committing some of the region’s most serious human rights abuses overall. Its high crimes didn’t warrant blacklisting by UN standards.

On June 2, Secretary-General Ban Ki-moon included the so-called Saudi-led coalition on the UN’s blacklist – citing “(g)rave violations against children,” including “killing and maiming” them, along with “attacks on schools and hospitals.”

Days later, he reversed policy, absolving Saudi killers – claiming he was pressured, saying it was “one of the most painful and difficult decisions I have had to make.”

Again he proved his loyal imperial tool credentials, blaming victims, absolving predators waging naked aggression. Throughout his tenure as secretary-general, he failed to hold Washington and its rogue partners responsible for the highest of high crimes against peace.

NYT editors support his irresponsible actions, complicit criminality, absurdly calling his position “thankless,” saying “to accuse Mr. Ban of caving in to Saudi intimidation…is not fair…(He) had no real choice.”

False! Claiming loss of Saudi financing, if withheld, would cause millions of children to “suffer grievously” ignores unspeakable horrors they face in all war theaters (largely US instigated ones).

Ban is responsible for his actions. Money won’t solve the problem of high crimes committed against children. Stopping US wars of aggression complicit with NATO, Israel, Saudi Arabia and other rogue partners, along with holding culpable parties accountable, is the only way to end their suffering.

Countless millions of noncombatant men and women in harm’s way are affected the same way. America and its rogue partners should head every annual UN List of Shame – its secretary-general demanding they be held accountable.

[dropcap]P[/dropcap]olls show most US voters want neither candidate elected president. One or the other will succeed Obama, continuing his deplorable agenda, likely exceeding his contempt for democratic values and rule of law principles – including four more years of endless imperial wars at home and abroad.

Comments the presumptive candidates made in Friday speeches signaled what’s shaping up as likely the nastiest rough and tumble campaign in memory. They focused on pejoratives, each calling the other unfit to serve – likely a rare truthful comment either aspirant will make throughout the summer/fall campaign.

She ignored her unaccountable high crimes of war and against humanity as first lady, US senator, and secretary of state, as well as the Clinton crime family’s foundation, a racketeering operation masquerading as a charitable NGO.

Will Trump raise these issues in the weeks ahead? Failure to highlight them so far suggests not, featuring pejorative mudslinging instead. Pretending to support progressive issues her public record shows otherwise, Clinton blasted Trump, saying he’ll “take us in the wrong direction on so many issues that we care about.”

Trump was largely restrained, addressing an evangelical conference, mostly sticking to prepared remarks, using a teleprompter he usually spurns. “Hillary Clinton has jeopardized, totally jeopardized, national security by putting her emails on a private server all to hide her corrupt dealings,” he told attendees.

“Bill and Hillary made $153 million, giving speeches to special interest groups since 2001. These donors own Hillary Clinton,” saying he spent $55 million of his own money on his campaign to date.

He defended Washington’s indefensible war on Islam, calling it “radical Islamic terrorism,” ignoring its US creation and support, an agenda he’ll follow if elected president.

“We will defend Christian Americans,” he blustered – for emphasis repeating “Christian Americans.” Clinton will appoint “radical judges who will legislate from the bench…abolish the Second Amendment and destroy the rule of law.”

Neoliberal Europe and the far right: two sides of the same coin

Animals: Our Reaction to Harambe’s Death Reflects Our Intolerance