David Rovics – A Voice of Resistance 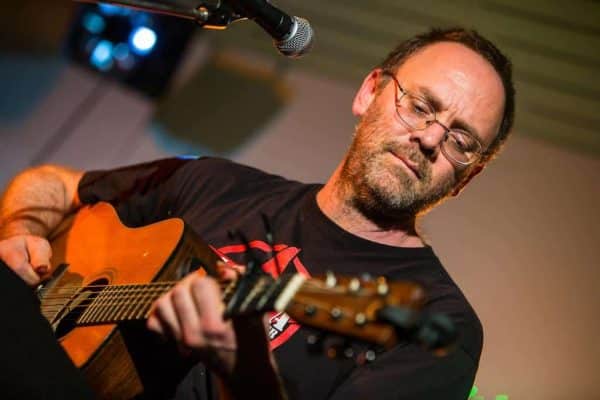 [dropcap]D[/dropcap]avid Rovics is a gifted, anti-empire singer-songwriter, whose voice needs to be heard by China Rising Radio Sinoland fans. Today’s interview with him is penetrating, very enlightening and at times funny.

Host Jeff J. Brown loves Mr. Rovics’ music and admires and respects his message. He hopes you will check him out. To help in that endeavor, he picked seven of David’s songs, each one covering a particular theme or subject, as points of conversation.

Here are the songs:

What Do You Call It http://www.davidrovics.com/songbook/what-do-you-call-it/

The interview can be heard here:

If you cannot access SoundCloud, listen to the interview or download it as a podcast, at the very bottom of this page.

To learn more about David, here are his websites, plus the promised link to the Al-Jazeera documentary:

The Al-Jazeera documentary “Al-Nakba”, about the Palestinian genocide: https://www.youtube.com/watch?v=H7FML0wzJ6A. Parts 2, 3, 4 and a panel discussion as #5 follow.

Facebook: https://www.facebook.com/44DaysPublishing
Flickr: http://www.flickr.com/photos/113187076@N05/
Google+: https://plus.google.com/110361195277784155542
Linkedin: https://cn.linkedin.com/in/jeff-j-brown-0517477
Pinterest: https://www.pinterest.com/jeffjb/
Sinaweibo (for Jeff’s ongoing photos and comments on daily life in China, in both English and Chinese): http://weibo.com/u/5859194018
Stumbleupon: http://www.stumbleupon.com/stumbler/jjbzaibeijing
Tumblr: http://jjbzaibeijing.tumblr.com/
Twitter: https://twitter.com/44_Days
Website: http://www.chinarising.puntopress.com
Wechat group: search the phone number +8618618144837, friend request and ask Jeff to join the China Rising Radio Sinoland Wechat group. He will add you as a member, so you can join in the ongoing discussion.
Want a fun, low cost honorary degree in Chinese Studies? Jeff’s book, 44 Days, will have you laughing while learning and becoming an expert on all things Middle Kingdom. If you live in China, buy it from Jeff directly, by contacting him on his Wechat group, or email, jeff@brownlanglois.com

A Debasing Spectacle: Behind and Beyond the Latest Quadrennial Carnival

Global WHO Treaty Is Real And...