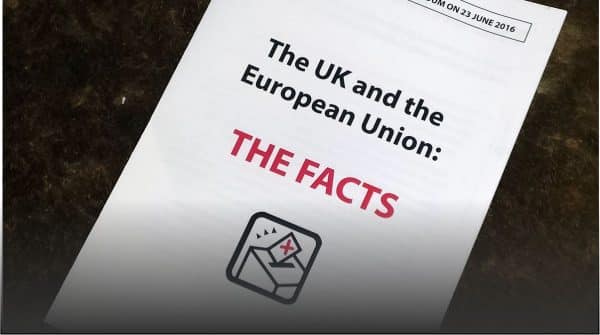 The UK is suffering through its bout of Tea Party equivalent with the current batch of Conservatives. They seem to be as willing to lie and propagandize as their cousins across the pond. While the U.S. and UK have always been close (Revolutionary War aside), shadow boxing politics seems like over doing it a bit. Now they are pushing for the UK to leave the European Union. -rw

The referendum on whether the Britain leaves or stays in the European Union is just eight days away. A glossy leaflet dropped through my letterbox headed: “Vote Leave – The European Union and Your Family: The Facts.”

The Vote Leave campaign (1) has a Board and Committee comprising of – broadly – the sort of far right “Little Englanders” that comedies derive from. There are a handful of Lords, there is Iain Duncan Smith who called for the invasion of Iraq within two months of 11 September 2001, who by November 2001 was holding meetings on the topic with then Vice President Dick Cheney, Paul Wolfowitz and Condoleeza Rice. 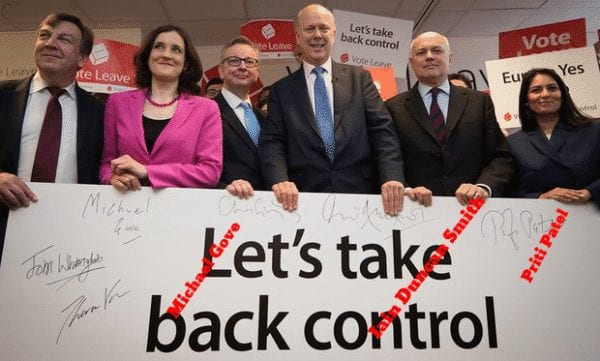 Ironically he also became Conservative Party Leader in September 2001. Announcement of his victory in the leadership contest was delayed until 13th September 2001 due to the World Trade Centre disaster. By 2003 his MPs had passed a vote of no confidence in his leadership forcing his resignation. 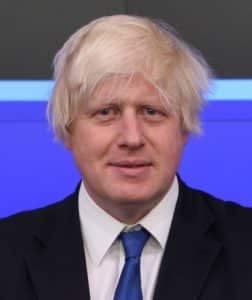 Another “Vote Leave” heavyweight (literally) is Alexander Boris de Pfeffel Johnson, MP, former Mayor of London and the UK’s Donald Trump (without the orange hue but with the mouth and hair.) Born in New York, educated at the European School in Brussels amongst other educational establishments, with Turkish, French and Swiss forbears and a former Brussels correspondent of the Daily Telegraph, there nevertheless appears to be nothing remotely outward looking or international about him.

In Feb 2015 he stated he was to relinquish his US passport (2) having had residency and dual nationality, either or both of which he seeks to deny Europeans or indeed British wishing to work and live in Europe. He stated that: ‘ … he would approach US ambassador Matthew Barzun about the change. ”It is a laborious business. They don’t make it easy for you,” ‘ he stated.

Cynics speculated that this move was actually due to his having an eye on being Prime Minister in anticipation of questions being raised raised as to his loyalties.

However, according to the Daily Telegraph, aides said his priority was to avoid paying more to the US tax authorities, after he was forced to settle a large US capitol gains bill (see 2.)

Another on the anti-transnational relations, pull up the drawbridge “Vote Leave” wagon is the Minister of State for Employment, Priti Patel. She was born in the UK to parents who were immigrants to Uganda of Gujarati origin who then emigrated to the UK shortly before Idi Amin announced the expulsion of Ugandan Asians in the 1960s. They established a chain of newsagents, founding a thriving business as have so many who have come to the UK. However, Patel is hell bent on stopping others from far closer to home doing the same thing, or again, UK residents who wish to travel the other way.

A Hindu with close ties to Gujarat, in January 2015 she was announced there as being among the celebrated “Jewels of Gujarat – Leading Global Gujarati Personalities.” Double standards abound. Ironically, in 2003 she was quoted as saying that: “racist attitudes do persist within the (Conservative) party.” (3) Look in the mirror Madam.

A small example of the utter hypocrisy of “Vote Leave.”

Then there is the blatant disregard of the truth. This was contained in the delivered leaflet under “The Facts”:

“ While we’re in the EU, the UK isn’t allowed to negotiate our own trade deals. This means we currently have no trade deal with key allies such as Australia, News Zealand or the USA – or important growing economies like India, China or Brazil …”

The New Zealand government website records: “Imports from United Kingdom – $889 million, up $38 million.” The UK was the in top five exporters to NZ. Exports from New Zealand to the UK totaled 3,128 million NZ $s and was also fifth in the twenty top export markets. (2014 figures.)

As for the USA and China, this from the UK government website:

“The importance of China to the UK economy as a trading partner has increased consistently since 2004, with both imports and exports increasing. Following a growth of imports from £11.4 billion to £37.6 billion in 2014, China has become the UK’s second largest import partner behind America, accounting for 7.0% of UK imports in 2014 compared with 3.3% in 2004 … “

Trade between India and the UK (2014) equaled 4,301.46 million US $s according to UK government websites and regarding Brazil: “400 of the world’s 500 largest companies operate in Brazil. These include many UK companies, such as Rolls Royce, BG Group, Shell, BP, JCB, Rexam and Experian.”

As this is finished I tripped over another “Vote Leave” scam. They have placed an ad on various sidebars on emails and other sites (5.) It asks: “Do you agree with Jeremy Corbyn?” (UK opposition Leader and campaigner for staying in the EU.) There is a “yes” or “no” click on. Click on “yes” and a page opens with a picture of Corbyn and: “If you agree with Jeremy and will vote Leave on 23rd June, sign up below”, with the usual spaces for name, email etc – underneath is “I agree with Jeremy.”

Apart from being clearly legally actionable, “Vote Leave” is trying to sell to the gullible that Corbyn – who has multiplied Labour Party members in order of magnitude since being elected, who listen to his views – is advising them to vote to opt out of the EU.

It can only be hoped that those in the Labour Party Cabinet are reaching for their lawyers. The EU has undoubted imperfections, but is a cosmopolitan, outward looking paradise compared to being left on a small island with a misinformed at best, untruthful at worst, isolationist cabal like “Vote Leave” at the helm. 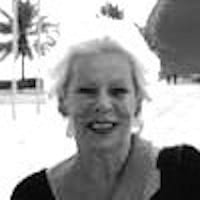