So let’s all act surprised that a feral, hate and meth-fueled underclass has emerged after decades of deliberate institutional neglect, and a “free market” system based on the principles of ‘The Chicago School’ and a “hobo fighting” match. 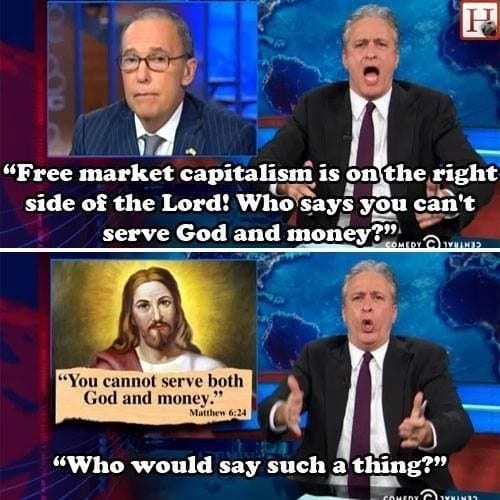 So let’s all act hysterical in the face of a bloviating ball of earwax rising from a theme park swamp to devour us en masse in its asparagus hole. Let’s all pretend it’s real and not a deliberately self-imploding animatronic device.

So let’s all act “rationally” and cast our votes for a horned, super-predator in a scaly, green pantsuit with a proven track record of failure. Let’s all agree that decades of inept, morally bankrupt warmongering trumps decades of bankrupting casinos.

So let’s all act like a smarmy late night talk show host and offer up our own glib, classist analysis of the demagogue-driven hordes in ball caps with nothing left to lose but a remaining back molar, and a belief that a reality show demi-mogul can lead them back to a shiny hilltop Promised Land of Greatness. Let’s put a “trash” label on them, and consign all surplus, unevenly tanned labor to the dustbin of history. Let’s conveniently overlook the fact that the now standing income gap between rich and poor rivals the doomed court of Versaille in terms of wealth distribution. Let’s mansplain the math in a WaPo op-ed so that it doesn’t add up to “thirty odd years of ‘trickle down’ economics equals an inevitable armed rebellion against the liberal class by mouth-breathing, snaggle-toothed serfs brandishing semi-automatic pitchforks”. Let’s just build higher gates around our “communities”, while they’re hollering for a wall around Mexico.

So let’s all act like a persecuted Enlightenment thinker when confronted with the fact that some people pray to a vengeful, unseen entity in the sky instead of the invisible and punishment-meting hand of the market . Let’s pinpoint one religion in particular and blame its billion or so adherents for the blowback-inducing foreign policy blunders of our successive US administrations. Let’s call global instability, endless war, ruinous trade deals, growing income disparity, the mass extinction of plant and animal life, dying oceans and dwindling sources of fossil fuel “Islam”. Let’s loudly demand that it adopts a “moderate” stance without a hint of irony. Let’s only refer to capitalism’s hand in the ongoing destruction of earth when it’s “unfettered” “rampant and unrestrained”. Let’s use our “indoor voices” to suggest that it adopts a more “moderate” stance.

So let’s all act outraged when an individual member of a feared minority becomes a self-hired assassin of club-goers in Orlando, acting on the orders of his own inner demons. Let’s call them ‘Daesh’ and hunt them down in Damascus.

So let’s all act horrified when individuals members of a despised minority no longer needed as cheap labor in Europe become willing assassins of heavy metal fans for reactionary, gang-based ideologues in ‘No Go’ zones in Paris and Brussels, while simultaneously serving as unwitting patsies for the state security apparatus. Let’s all hoist French flags on Facebook until another bombed European country with a recognizable flag comes along to replace it. Let’s all go to Wikipedia to fact-check new flag in case we just uploaded Chechnya’s by accident.

So let’s all act is if we were a wrong-about-everything pundit on a cable news network, and not examine the underlying and far-reaching consequences of an increasingly militarized and stratified society upon the disenfranchised grunts on the ground. Let’s instead talk about the likelihood of a Beyonce-ordered strike on the next Superbowl. 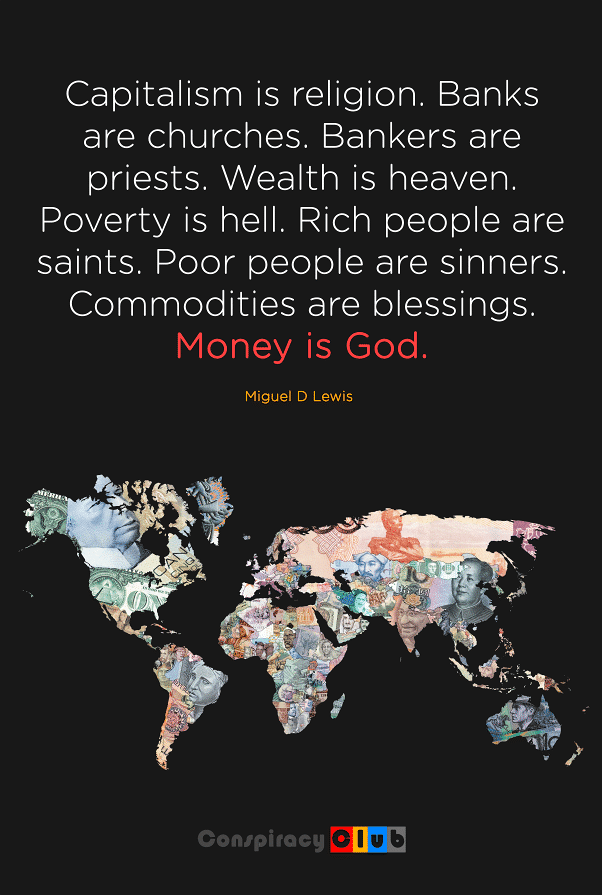 So let’s all act like “National Security Advisors” and advocate for the state to impose harsher punishments on brown individuals at un-medicated odds with society. If one of them happens to shout “Allah” at the scene of a crime, impose an all-encompassing surveillance dragnet over the entire planet. If a homicidal maniac shouts “Britain First” or “Trump”, advocate compassion-based solutions for mental illness.

So let’s all act like concerned advocates for the mentally illwhen a white person goes on a killing spree to advance a racist ideology at odds with the official, less explicitly stated doctrine of white supremacy enshrined in our legal system. But let’s not jump to any conclusions about about his ties to terrorist organizations. Let’s all assume for the sake of protecting the delicate, shrinking violet sensibilities of our menfolk that a slain woman MP in Yorkshire was not singled out because of her gender, nor repeatedly shot and stabbed with the preferred tools of impotent and disempowered men as her dying body convulsed in rhythm to her assailant’s knife thrusts. Let’s just say it was mere coincidence that Jo Cox had previously been the victim of a lengthy harassment campaign on social media that was focused not so much on her political beliefs than the fact that they came with a pair of tits.

So let’s all act as if we have zero-tolerance for domestic violence, until of course, photographic evidence emerges, implicating a beloved Disney pirate popular with Marlboro-smoking hipsters of battering his wife.

So let’s all act as as unpaid “experts” for his defense team to help prove the theory that some women are fist-proof owing to their unpopularity, and can not possibly be assaulted by their coked up, rage-a-holic partners.

So let’s all act like concern trolls for things that make us sad, except when extenuating circumstances convince us that a bloat-faced “A” lister in guyliner with a history of violence couldn’t possibly be a wife beater. Let’s use similarly flawed reasoning to convince ourselves that the “extraordinary” circumstances surrounding yet another incident of gun violence in the US calls for more interventions overseas.

So let’s all act heartbroken when the image of a dead Syrian child becomes a symbol for . . . “something”. That is, until a wrongfully executed captive gorilla overtakes him to become the acceptable face of people calling for black parents to chain up their children. Let’s use the tragedy of a cruelly slaughtered sentient being to air our inner Confederate flags in the name of a highly selective and temporary concern for “animal rights”.

So let’s all act like embattled comedians and stand up for the right of Jerry Seinfeld and Bill Maher et al to take their downward thrusting swipes at anyone who wouldn’t get past the gates of their Beverly Hills compounds. Let’s call their whining about the culture of “PC” that prevents them from being funny, “free speech”.

So let’s all act like fierce defenders of “free speech” but only when it serves a militaristic, anti-Islam agenda, while signing off on a law that would make the peaceful, non-weaponized boycott of a theocratic, nuclear apartheid regime a punishable offense. Let’s label all criticism against this particular force of instability in the Mideast, “Anti-Semitism”. Let’s accuse its external critics of being “Nazi sympathizers”, and just dismiss its internal dissenters as “self haters”.

So let’s all act as if we were relentlessly and systematically misled and manipulated by the profit-centered “content providers” who create the ever-shifting narratives that eventually become enshrined in inspirational quotes, memes, and the factoid-driven headlines. Let’s not pay particular attention to the fact that they are always somehow consistent with the objectives of their corporate and government masters. Let’s pretend that these McNugget factories are media organizations, and not purveyors of the low cost, bottom barrel slime that is eventually molded into sound-bytes. Let’s all become part of an unpaid distribution network and share these nuggets of conventional wisdom across the social media landscape in accordance with the unwritten laws governing how to react to headlines and not read into news.

ABOUT THE AUTHOR
Jennifer Matsui is a writer living in Tokyo.

Ground Control to Planet Lockdown: This Is Only...