European construction began as the dream of European elites and has become the nightmare of European peoples. For a number of European intellectuals and politicians, the dream was to transform Europe into a sort of Superstate, capable of rivaling the United States. For others, the idea was to get rid of the Nation-State once and for all, since it was considered chiefly to blame for the woes of the 20th century. 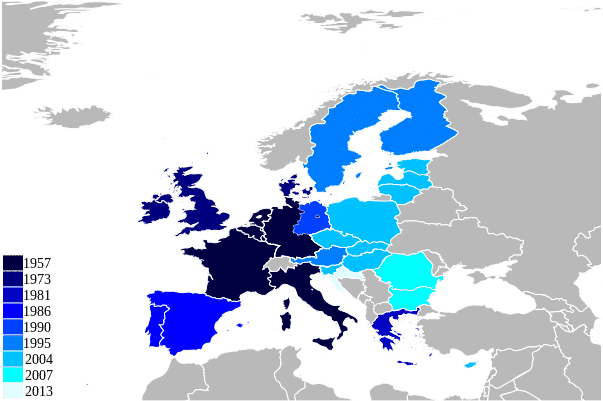 However, aside from the fact that this dream always enjoyed strong United States support, which casts doubts on its claim to constitute an alternative to American domination, it suffers from a fatal flaw: the nonexistence of a European people. That is, an overwhelming majority of European citizens feel part of their respective Nation-States, or of even smaller entities (Scotland, Catalonia, Flanders, etc.), much more than they feel “European”.

Advocates of European construction have two answers to that objection: either that the feeling of belonging is an historic construction (in the case of modern Nation-States) and is being changed into a “European” sense of belonging, or else that the sense of belonging does not really matter, inasmuch as political decisions must be taken on the basis of economic rationality (the liberal view) or class interests (the Marxist view), rather than on the basis of sentiments.

As for a sense of being European, it is perfectly possible that it may develop over the course of coming centuries, just as the various national sentiments did in the past. But one should not have illusions concerning the time scale. Such processes take centuries, and the Scottish example shows that even within a democratic State such as Great Britain, with equal rights for all and sharing the same language, centuries may not be enough to eradicate national feeling.

It is enough to watch sports events, such as the current European Cup, to see that national feelings are far from disappearing. They are not even disappearing among the “elites”: in Brussels, with rare exceptions, the representatives of the various Member States defend what they consider to be their national interest rather than the “European” interest.

As for the notion that national feeling does not matter, compare the national currencies that existed before the euro and the euro itself. Before the euro, changes in currency parities took place among Member States to make up for differences in economic strength between, say, Germany and France or Italy. But within each State, the unity of the national currency was maintained between rich and poor regions by a whole series of redistribution measures: identical pensions and social allocations, public investments and so on. These measures were politically possible because the citizens of these States “felt” that they were all French, or all Italians, or all Germans.

With the euro, there can be no adjustment in currency parity between weak and strong economies. Moreover, the eurozone lacks the redistribution mechanisms that existed between rich and poor regions of a single State. It is clear from following the Greek tragedy that the Germans do not feel sufficiently Greek – or even sufficiently European – to accept the transfers of wealth needed to “save Greece”. In short, national feelings have a huge economic importance, contrary to the views of the liberals and Marxists who both ignore or play down the importance of “irrational” feelings in social reality.

Or compare Europe with Latin America. In the latter continent, all the countries except Brazil have their origin in the same colonial empire, speak the same language, practice the same religion, even have more or less a common enemy (the United States) and have not massacred each other in recent major wars.

In Europe, it’s the other way around. The “memories” of the various peoples are very different, even contradictory, some having lived through communism, others through fascism, not to mention all the various wars among themselves. Their various legends and even languages preserve these diversities.

And yet, the integration of the Latin American continent is advancing in full respect of the sovereignty of each State. Nobody insists that Chile and Bolivia adopt the same currency, nor that all their four-year university programs be changed to five years, to “harmonize” studies, as with the Bologna process in Europe. If Bolivia or Ecuador decide to control their own natural resources, they don’t have do ask “Brussels” for authorization.

Such integration respecting national sovereignties could have been undertaken in Europe. That was the idea of a “Europe of peoples” proposed by Charles de Gaulle, ruled out by the existing European construction.

The left condemns the policy of the European Union because it is “neoliberal”, but the problem goes much deeper. The fatal flaw is that, in the absence of a European people, European construction can only be undemocratic and bureaucratic. A bureaucratic or autocratic power inevitably arouses hostility and ends up producing political effects contrary to those sought. If EU policies were “socialist”, they would arouse similar hostility.

From the point of view of the liberal right, depriving European peoples of their sovereignty and thus of democracy was natural because those peoples, left to themselves, would vote for too many redistributive measures.

On the left, European construction was promoted because those same peoples were supposedly chauvinist, nationalist, racist, and if left to themselves would surely end up at war with each other. This negative attitude toward their own population has been suicidal for the left, whose only base has to be the “people”.

The Europist left has made a mistake similar to that of the Communists in the past; they too thought that they were acting in the interests of the people, but the latter, being incapable of understanding, had to be led by an unelected elite.

This is particularly flagrant and tragic regarding immigration and refugees. The left Europists want to impose a policy of “opening” without ever asking their own people what they think, since some of them are sure to be against it. But they fail to understand that imposing an unpopular policy can only make it still more unpopular and that nobody likes being forced by others to be altruistic.

The Communists had their People’s Democracies, with democracy as only a façade. [Albeit far more democratic in direction and results than the Western models.—Editors]

The Europists have their Parliament which is another: it has no real power, and if it did, it would not be able to exercise such power because of the multiplicity of languages and national origins.

For a long time the Communist used the accusation of antifascism to silence their opposition. The left Europists do exactly the same. The moment European peoples balk at the policies being imposed on them, they are ignored and accused of being populists and racists.

In both cases, that sort of intimidation works for a while but finally boomerangs. And when that happens, those who benefit from the popular revolt are those who never gave in to the intimidation, whether Communist or Europeist, that is, the nationalist or religious right.

No doubt, all that foreshadows “dark times” for our continent, as the Europists lament. But who is to blame? Not the Cassandras who try to warn of what is happening, but those who have “constructed Europe” on the shaky foundations of intellectual arrogance, contempt for the people and illusions concerning human nature. 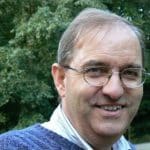 JEAN BRICMONT teaches physics at the University of Louvain in Belgium. He is author of Humanitarian Imperialism.  He can be reached at Jean.Bricmont@uclouvain.be

Kobe, Impeachment and the Coronavirus: A Study on...

Chile Despertó! Chile Has Woken Up! The Rising...

To the Halls of Montezuma, from the Shores...

Who Can NOW Say America Hasn’t Become a...