ALL CAPTIONS, SIDEBARS, PULL QUOTES AND ANNOTATIONS BY THE EDITORS NOT THE AUTHORS

That saying has been on my mind lately, as I’ve watched Wayne Pacelle barnstorm the nation promoting his new book, The Humane Economy:  How Innovators and Enlightened Consumers are Transforming the Future of Animals. 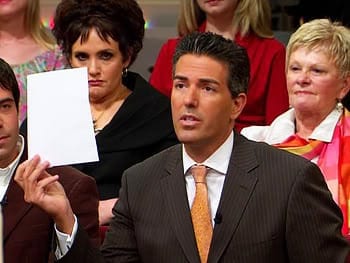 Pacelle in one of his many public appearances.

On talk show after talk show, Pacelle, the CEO of the Humane Society of the United States (HSUS), has been telling American consumers a lie they seem eager to hear, which is that they can have their meat and their consciences too. In truth, they can’t. But that hasn’t kept Pacelle from spreading the myth of “humane” meat—and with it, the myth of “compassionate” capitalism, too. 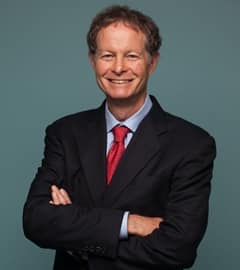 Back in 2011, Pacelle got together with his friend John Mackey, the libertarian, union-busting owner of Whole Foods, to create the Global Animal Partnership (GAP), a truly Orwellian effort that brought one of the world’s largest retailers of meat under the same roof as the world’s largest animal welfare organization.  Pacelle invited Mackey and Missouri hog producer Joe Maxwell, a killer of some 50,000 pigs a year, to sit on the Humane Society executive board, appointing Maxwell—a man who has said he believes God gave us other animals to dominate—Director for Rural Development and Outreach at HSUS. (Maxwell was later made political director of The Humane Society Legislative Fund, the powerful lobbying arm of the Humane Society.)


Pacelle can be very effective on media: flawlessly poised, cogent, photogenic (some think he's reincarnating 1950's star Victor Mature) he's welcome on many talk shows, and has been for a long time, even before he assumed the helm at HSUS. All the more reason that his message should be carefully scrutinized and criticized when necessary.  Below, Pacelle with Ellen de Generes, in 2012, promoting his book The Bond.

Several prominent animal advocates at the time, including filmmaker James LaVeck and Karen Davis of United Poultry Concerns, publicly accused Pacelle of betraying the animal cause. As it turned out, they were right. The Humane Society’s alliance with Whole Foods was merely the opening gambit in Pacelle’s longer-term strategy to broker an accommodation between the animal movement and the animal industry.

Click here to read Humanewatch.org's entry for J. Mackey
John Mackey is a member of HSUS's Board of Directors. He is well-known as the founder and president of Whole Foods Markets. Mackey and HSUS president Wayne Pacelle also sit on the board of the Global Animal Project, a Whole Foods-funded animal-welfare rating scheme run by former HSUS vice president Miyun Park.

READ HERE WHAT HUMANWATCH IS ALL ABOUT

The Humane Economy is the capstone of this strategy, a book designed to make its reader feel good about the state of the world, and about his or her place in it as a consumer of animals. In chapter after chapter, Pacelle suggests that things are getting better all the time for the animals we exploit and kill. There are new techniques to reduce the use of animals in scientific research, new laws outlawing battery cages for hens, new, non-lethal wildlife “management” methods, new ecotourism companies helping protect endangered species, even new forms of computer animation to obviate the “need” for live animals in Hollywood films.

Pacelle has it backwards.  Capitalism doesn’t promote animals’ interests: it undermines and destroys them.  It was capitalism that created intensive animal confinement in the first place, and it is capitalism today driving the expansion of animal slaughter and the genetic engineering of animals.

According to Pacelle, what’s propelling us toward the animal utopia at warp speeds is the Invisible Hand of the free market.  It’s “the capitalist revolution” and its “powerful forces of innovation,” Pacelle writes, that “drives the humane economy, producing profits…alongside a range of other social benefits.” The most surprising thing about The Humane Economy, it turns out, is that it might have been written by Ayn Rand in a sentimental mood.

But Pacelle has it backwards.  Capitalism doesn’t promote animals’ interests: it undermines and destroys them.  It was capitalism that created intensive animal confinement in the first place, and it is capitalism today driving the expansion of animal slaughter and the genetic engineering of animals. We can also thank capitalism for having destabilized the planet’s climate and wiped out half of all animals on the earth in the last forty years.

Pacelle, however, is cheerfully immune to the facts.  Like a capitalist Candide who can see only the good in everyone—or at least, in anybody with money—Pacelle credits the “visionary entrepreneurs” of the billionaire class with funding the reforms sweeping aside the old, ossified order of animal commerce.  A one percenter himself (at a salary of over $350,000 per year), Pacelle seems most to admire other wealthy elites, singling out for praise in his book such people as Henry Ford, billionaire Mackey of Whole Foods (author of the book, Conscious Capitalism), and even Carl Icahn. 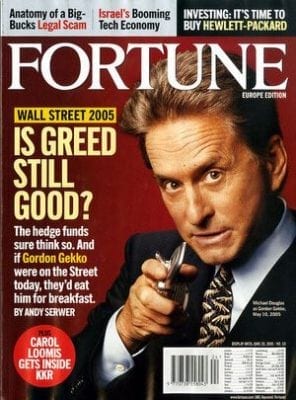 Gordon Gecko, the marauding financial anti-hero in Oliver Stone’s Wall Street, was partially based on Carl Icahn’s own exploits. “Greed is Good” was his marching motto.

Readers may remember “the legendary Icahn,” as Pacelle calls him, as the capitalist raider who took over Trans World Airlines (TWA) back in the 1980s, so that he could strip the carrier of its assets and drive it into bankruptcy.  Icahn made nearly a billion dollars from the deal, while tens of thousands of TWA employees lost their livelihoods. Today, Pacelle admires Icahn for his ability to command “fear and respect” from other powerful CEOs.

In the book’s most revealing passage, Pacelle gets Icahn to dial up Don Thompson, the CEO of McDonald’s, to see if together they can’t get Thompson’s company to do something about the unspeakably cruel conditions in which its suppliers now house its millions of pigs. (“The three of us jumped on the line,” Pacelle remarks carelessly, showing us plainer folk how the really important people do things.)

This is Pacelle’s big moment, his apotheosis as an entrepreneurial talent.  Gone are his days in obscurity as a lonely activist, waging courageous but losing battles outside the limelight.  Now, Pacelle is sitting eyeball to eyeball with a ruthless capitalist raider and the head of a $100 billion company, deciding the fates of millions of animals’ lives.

Eventually, Pacelle wins his deal.  McDonald’s agrees to phase out gestation crates—over a ten-year period that will leave hundreds of millions of pigs suffering in agony in the meantime.  In exchange, HSUS issues press releases praising McDonald’s as a “compassionate” company and rewarding it with the HSUS equivalent of the Good Housekeeping seal of approval.

Thus the Faustian bargain Pacelle strikes with company after company, a veritable fire sale of fake conscience, sold in batches for pennies on the dollar. Go ahead, Pacelle tells industry, keep exploiting, killing animals, forever.  Not only won’t we in the animal advocacy movement criticize you, we’ll cheer you from the sidelines and even help you create new markets for your products.  Only, in return, you must make some reforms.  We won’t object to your slitting the throats of millions of gentle calves or lambs; we only ask that you grant them more living space during their short, unhappy lives. Don’t worry about losing money. Whatever costs you incur you’ll more than make up in new sales and profits, once we’ve branded yours a “humane” company too.

In fact, though, there is nothing humane about imprisoning and killing tens of billions of conscious beings, year after year.  As groups like Free from Harm and Humane Myth point out, violence attends every phase of animal agriculture, including its organic variants, from castrating baby pigs or branding cattle with red-hot irons (a practice common on larger organic ranches), to suffocating or grinding unwanted male chicks alive, to herding terrified animals into slaughterhouses to be brutally dispatched.

Such ugly facts have conveniently been left out of The Humane Economy, presumably to spare the reader any moral discomfort.  Pacelle wants to reassure his reader, not to challenge her. No need to become a vegetarian, he says—just reduce your meat intake and buy “humane-certified” animal products.  By helping expand the market for “ethical” meat, you’ll reduce meat consumption overall.

But just as one can’t cure a nation of alcoholics by offering them finer bourbon or artisanal Scotch, Whole Foods isn’t going to wean a nation of meat-eaters off animal flesh by offering them an ever greater variety of boutique animal products, whether grassfed bison or “artisanal” pork.  Despite a decade of explosive sales growth in the market for “sustainable” and “compassionate” animal products, in fact, some 99% of all meat consumed in the US today still comes from factory farms.

Meanwhile, the killing goes on. Contra the misleading impression left the reader by The Humane Economy, the number of animals dying violently at our hands worldwide—150 billion per year—is increasing, not decreasing. Americans today consume nearly four times as much meat than they did in the 1950s; a similar period of explosive growth is now under way in China, the world’s most populous nation.  And guess who’s hard at work persuading the Chinese middle class to eat more beef? The McDonald’s corporation.

So much, then, for Pacelle’s strategy of accommodation.  Pity the animals, to have such an advocate to defend them. 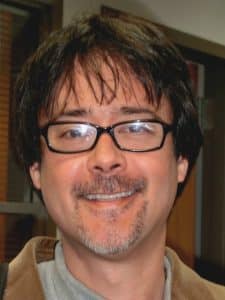 John Sanbonmatsu teaches political philosophy and ethics at Worcester Polytechnic Institute in Massachusetts. Sanbonmatsu's writing has appeared in the Christian Science Monitor, the New York Times, and Tikkun magazine, among other places. He is the author of the book, "The Postmodern Prince: Critical Theory, Left Strategy, and the Making of a New Political Subject."