[dropcap]M[/dropcap]argaret Kimberly hits so many important and perhaps uncomfortable points in this article. We live in a time when oppressed peoples are supposed to be nice, and polite, and turn things over to God, and justice will be served. Over and over, death after death of Black men and women, the news calls this turn to love and God a model – even a surprising model. And it is surprising, and I even understand it, but the rage is there and it is tamped down further and further, for Black (and brown) mothers and fathers are all too aware that we live in a time of not just police violence, but a militarized police. There is no longer a real need to immediately call out the National Guard to “put down” resistance. Now, the police have their own tanks, and real military weapons, and drones that can toss incendiaries in the windows of 6th floor vertical ghettos. It is also a time when a not insignificant number of police have seen live combat action and the “civilized” restraints against killing another are already even weaker that one might pray for. The entire situation is unconscionable and surreal, and there MUST be a truthful dialog on this. The striking back by (combat veterans) Long and Johnson offers an excellent starting point, and an opportunity that should not be wasted. I can virtually guarantee you that the CIA, FBI, NSA, Homeland Security, US Military (all different faces of virtually one arm of the government now) have every black and brown vet on their watch list. Given that minority Vets are a huge, disproportionate share of people in uniform, that’s quite an assignment for the domestic intel guys. However, how many tens of millions can they actually watch, track, and classify when you add the rest of the US population which might also become restive? Clearly that is not the path to follow unless we are all prepared to see America completely vanish in promise and deed.—Rowan Wolf[/su_panel][/su_shadow] 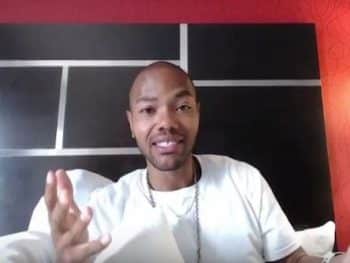 So-called “responsible” Black folks may dismiss the young Black veteran gunmen of Dallas and Baton Rouge as deranged, but who are really “the crazy ones” – those who believe the racist system will change under the pressure of peaceful protest, or those, like Gavin Long, who maintain that revolutions are won “through fighting back through bloodshed”? Black folks will have to wrestle with this question without interference from corporate voices.

“There was a time when talk of devils and revolution was common and it should be reclaimed in the 21st century.”

“So you think it’s wrong when you fight back but you celebrate it when somebody else fights back.” — Gavin Long

The murders of Alton Sterling and Philando Castille were not unique. On average one black person is killed by police every day. But cameras were rolling and the sight of police lynch law twice in 48 hours was too much for millions of people to bear. So much so that revenge was not just contemplated but carried out. Micah Johnson and Gavin Long were named as suspects in shootings of police in Dallas and Baton Rouge. Both paid with their lives. If guilty, they were motivated to act on their anger and they changed everything about the movement to end police lynch law.

Johnson and Long were both black men who served in the military. Johnson was deployed in Afghanistan and Long in Iraq. Aside from the police version of their conversation with Johnson we know nothing about his thinking. But Long often expressed himself on social media. What he said is worthy of attention.

“Cameras were rolling and the sight of police lynch law twice in 48 hours was too much for millions of people to bear. So much so that revenge was not just contemplated but carried out…”

In an eight-minute long video [3] downloaded the day of the Baton Rouge shootings, Long explained his beliefs about confronting violence, building revolutionary struggle and getting justice. He said what many black people think about but do not act upon. Long asked questions that never make it into the realm of accepted discourse precisely because the truth is so inconvenient.

“The same devilish system that encourages murder by anyone wearing a uniform should not determine how we assess Johnson and Long.”

Long made a specific reference to the celebration of American independence. “When an African fights back its wrong. But every time a European fights back against his oppressor he’s right.” The question may be rhetorical but the answer is very simple. The fight for so-called independence by the white settler population was a struggle for the right to wage aggressive war against the indigenous population and enslaved Africans. George Washington and the rest of the “founding fathers” wanted to be certain that Britain would not hinder their project for annihilation and subjugation. That history makes it impossible for black people’s freedom to be discussed at all, much less be celebrated.

Long did not make a plaintive plea for justice. He told us what we know in our hearts but usually don’t want to acknowledge in our state of hopefulness. “A bully doesn’t care about your rights.” White supremacy is our collective bully. The politicians and the 1% they work for are bullies. Like “made” men in the mafia they don’t care about law or morality. They crush black peoples’ lives and take what they want. All the while they expect us to be silent about their criminality. Their treatment of those who do speak up shows the truth of Long’s words. The exaltation of the concept of human rights in this country is a ruse used to keep people passive and in a state of confused magical thinking.

Long continued in a discussion of revolutionary struggle. “100% of revolutions, of victims fighting their oppressors, from victims fighting their bullies, 100% have been successful through fighting back through bloodshed. Zero have been successful just protesting.” The failure of the Black Lives Matter organization proves that apolitical protest with no expression of demands amounts to very little. They have coined a phrase that is on everyone’s lips but they have no program, no plan for teaching black people to fight back, to stand on their rights as Long said. BLM specializes in talk of “healing” and “safe spaces” but is uninterested in providing a road map for action.

“Black Lives Matter has coined a phrase that is on everyone’s lips but they have no program.”

[dropcap]T[/dropcap]he denunciations directed at them by white racists don’t mean much. Black people can do very little and still be the object of hate and derision. Hostility towards the useless Black Lives Matter organization is proof. After all, bullies don’t care about rights or slogans and won’t rectify injustice until they feel the need to do so.

“Knowing your rights doesn’t mean nothing especially in this world ran [sic] by devils. Devils run this.” Talk of devils in our system should not be a relic of long past polemics. Our system is diabolical as it snatches up lives into the prison system or increases poverty through capitalism or kills wantonly around the world. America is the evil empire and thinks nothing about trampling on humanity on a regular basis.

There was a time when talk of devils and revolution was common and it should be reclaimed in the 21st century. It is a mistake to reject Micah Johnson and Gavin Long. When they wore military uniforms and carried out orders on behalf of the empire they were honored and thanked for their service. They acted in Dallas and Baton Rouge as they were trained to by our government.

The same devilish system that encourages murder by anyone wearing a uniform should not determine how we assess Johnson and Long. As always happens in moments of struggle, their acts may prove damaging to the people they wanted to avenge. One of the policemen killed in Baton Rouge was a black man. That sad irony must be part of the black community discussion and should have nothing to do with political platitudes or corporate media pronouncements.

Johnson and Long had no reason to believe that Sterling and Castile would get justice. Eric Garner didn’t. Freddie Gray didn’t. The rest of us may hope that the system will do what it should and punish devilish behavior. Perhaps we are the crazy ones. Micah Johnson and Gavin Long were certainly outliers. But perhaps they understood reality better than the rest of us do.

NOTE: ALL IMAGE CAPTIONS, PULL QUOTES AND COMMENTARY BY THE EDITORS, NOT THE AUTHORS
PLEASE COMMENT AND DEBATE DIRECTLY ON OUR FACEBOOK GROUP INSTALLATION
ABOUT THE AUTHOR
Margaret Kimberley's Freedom Rider column appears weekly in BAR, and is widely reprinted elsewhere. She maintains a frequently updated blog as well as at http://freedomrider.blogspot.com. [4] Ms. Kimberley lives in New York City, and can be reached via e-Mail at Margaret.Kimberley(at)BlackAgendaReport.com.

Ready Or Not, the Black Movement Enters a New Stage

All voices crying injustice added.
None of them is useless.
The route is the opposite to that proposed by the duopoly sense.
the program is the basis of all living: JUSTICE.
Maybe we are the tiny seed of a giant tree