Donbass with Texas—Russell Bentley on Fascism

August 8, 2016
The Eastern Ukraininan “rebel republics” —Donetsk and Luhansk, now part of Novorussia—cities which refused to remain under Kiev rule after Kiev was taken over by Nazis and Washington agents, have fought off the empire’s puppet armies to a standstill. But they have paid a heavy cost and many heroic soldiers have fallen in the struggle. Having been occupied by the Nazis in Wold War 2, they know a thing or two about Fascism, its lies and revolting brutalities. In this episode, Russell Bentley, “Texac”, an American volunteer serving in Donetsk’s armed forces, shares his thoughts about his experiences in Novorussia, and the Fascist disease again menacing humanity. 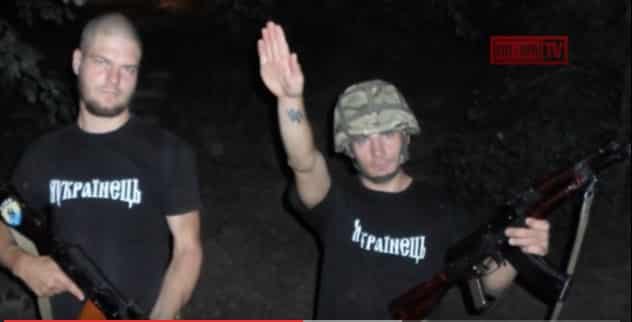 Ukrainian Nazis—they have proliferated in Western Ukraine, under the auspices of the new regime and Washington’s local allies.

Russia, Syria and the US: Hillary’s Foreign Policy Priority