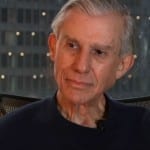 It seems like the whole universe opposes him with an unprecedented daily blizzard of anti-Trump articles, commentaries and editorials in US print media and what passes in America for television news – stuff no respectable independent news director would allow on air.

Although Hillary Clinton and her cohorts may pretend to be shocked, nauseated and alarmed by Trump’s unvarnished and often unpredictable declarations, he is without a doubt the best possible candidate to ensure her election in November. —PG

Make no mistake. He’s not above reproach, not by a long shot. He didn’t get to be a billionaire by being a good guy. He’s unaccountable for lots of unsavory baggage, what it takes to become a corporate tycoon. But, maybe he’s not all bad, as the chorus of doom would suggest.

His anti-establishment sounding rhetoric rattles bipartisan power brokers, especially Wall Street, war-profiteers and other corporate interests [and their goons in the CIA/Pentagon complex, see below Mike Morrell’s endorsement of Clinton] wanting no changes from current policies – not even around the edges, the most to be hoped for from a Trump presidency if elected.

Giving overwhelming opposition from powerful interests and media scoundrels, it’s hard imagining him having any chance to succeed Obama.

He calls things rigged against him. America’s sordid history of election rigging shows he’s right, today with electronic ease and other dirty tricks.

Clinton was chosen to succeed Obama last year before campaigning began. Trump’s nomination defied predictions. Long knives emerged to stop him straightaway after announcing he’d seek the GOP nomination last year. They continue their daily dirty work, especially after he got it. 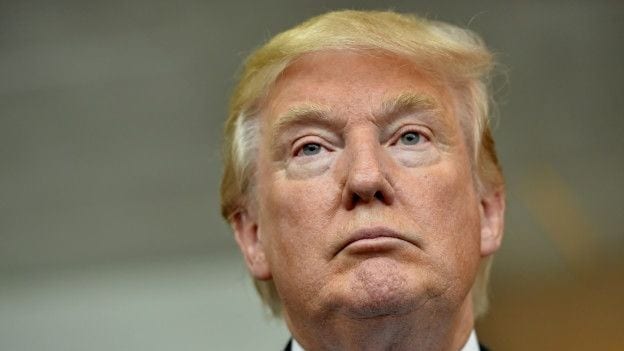 Trump—He attracts the hatred of the criminal establishment NOT because he may be a fascist authoritarian, but because he might deviate from the current militarist course of US supremacy at any cost—including world war.

Why? He says things on the stump other aspirants for high political office wouldn’t dare, virtually unique in US presidential races.

Some comments are outrageous like wanting a wall on Mexico’s border and “a complete shutdown of Muslims entering the United States until our country’s representatives can figure out what is going on.”

Others suggest important steps in the right direction if implemented – including a new role for NATO, rapprochement with Russia (the best hope for preventing WW III), perhaps better relations with China, Iran and other independent countries, opposition to TPP and other jobs-destroying trade deals, as well as hopefully less eagerness for war to be America’s top geopolitical strategy of choice.

Advocating these type policies even rhetorically mobilizes America’s bipartisan establishment militantly against anyone suggesting them – wanting Trump defeated in November by fair or foul means.

If Trump emerged victorious, defying long odds against him, at least they’d be a chance for turning US policy modestly in the right direction.

Preventing WW III is the best reason for opposing Clinton. Trump would rather make money from planet earth than destroy it. 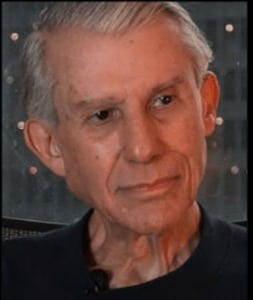 If you appreciate our articles, do the right thing and let us know by subscribing. It’s free and it implies no obligation to you—ever. We just want to have a way to reach our most loyal readers on important occasions when their input is necessary.  In return you get our email newsletter compiling the best of The Greanville Post several times a week.
[email-subscribers namefield=”YES” desc=”” group=”Public”]
RevisShielded: 3
All comments subject to anti-hacking filters.
0
FacebookTwitterPinterestRedditEmail
previous post

“Tristes Ameriques”, to make a Politically entirely Incorrect remark, let us not forget that the strongest and most outspoken supporters of Hitler were the German women.

Bravo to Stephen Lendman, for once-again cutting against the neo-lib/neocon grain (really one grain now!), speaking out sensibly against the very real dangers from the Hillary gang–the bought-and-paid-for media, the military-surveillance-propaganda State, etc. The vested interests!

Lendman is correct–as he usually is–that Trump is no angel. One doesn’t get to be a billionaire in this twisted world without being tarnished. (Warren Buffet and Mark Cuban–take note!) But, Trump does deserve some credit for speaking out against our inane System–passed on from the Bush’s to the Clinton’s to Obama and (would, if they could–) to the Clinton’s again… and cui bono? Who, what profits?

In half a century of observing US elections, I’ve never seen the “mainstream media” so corrupt, so partial. Whatever happened to impartiality? People without access to real information–in-depth analysis, truth-delving–have no democracy! They have, instead, a farce–a mythology for which they are willing to die and to kill.

We have a huge question about “vetting” in America. Trump has raised the issue of vetting migrants/potential US citizens. That makes a lot of sense, actually! We’re over-crowded now, and millions of Americans are jobless and have given up hope. Our infrastructure is collapsing–schools, health care, roads, etc. On the other hand, we can’t seem to get it right about “vetting” potential gun-owners! So, our citizens divide across the “party lines,” there’s dialogue of the deaf on all sides and we wind up in bedlam!