The Criminality of American and British Illegal Immigrants in Syria. 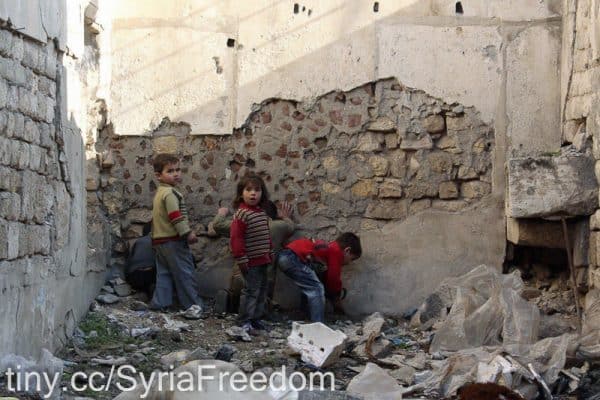 Editor's Note
The supposed avalanche of immigrants into (western) Europe has multiple sources. For Eastern Europeans, it has come with the construction of the EU. Those from Syria, Yemen, Iraq, and ports south in Africa, are casualties of destabilization and war that be laid at the feet on the US and (largely Britain.). Ms. Arbuthnot lays out an excellent argument of the gains and losses of this flow of people into Britain (and Europe), and raises one of the moral challenges of our times -- What responsibility does "The West" owe to the human catastrophe have created?

Were it not so serious it would be hilarious. The British have voted to leave the European Union on the basis of the combination of a pack of lies by Government Ministers backing the “out” campaign and a whipped up xenophobia about all those “foreigners” taking jobs, homes, places on public transport etc. A truly shameful throwback to the era of hotels and boarding houses exhibiting signs saying: “No dogs, no blacks, no Irish.” Now they would add: “ no Europeans, no Arabs, no Muslims – only UK passport holders”, were the garbage in the media and spewed by the “Outers” to be believed.

Targets of especially vicious denigration are “illegal immigrants.” Never mind many have fled for their lives, risking their all, from regions the UK has enjoined in destroying, hardly in a position to garner the right paperwork, renew or apply for passport, thinking they will at least find a safe haven on entry. They are treated like criminals and sneered at by a swathe of politicians. They “threaten our way of life” is the political mantra. RIP humanity.

Actually our “way of life” is kept going by those who surmount the bureaucratic hurdles. Before their arrival there were no shops open from 6 a.m., to midnight, take-away food outlets of every culinary culture, ditto restaurants. Nor high streets across the country where “immigrants” have staked their all to somehow buy a premises and gradually build it, working all hours to create a pharmacy, food store, appliance store with handymen on call to fit your choice of item and numerous creative enterprises.

Post Brexit the xenophobia has been targeted at all these, as indeed the surgeons, doctors and nurses who staff the hospitals with dedication twenty four hours a day from all over the world, now wondering if the life they have built from their dedication in and to the UK will survive.

“We want our country back” is the political-led cry, by Minsters and politicians who are served by a waiter from another country, whose food is cooked by a chef from elsewhere, whose expensive hotel room is cleaned, sheets changed by another prepared to work hours, often for minimum wage, few Britons would even consider.

So contrast this with the UK government considering it has the absolute right to send illegal immigrants: “ … carrying an arsenal of equipment including sniper rifles, heavy machine guns and anti-tank missiles” (1) to another country approaching four thousand kilometres away to “threaten their way of life.”

The illegals are UK Special Forces, in Syria to assist the “moderate” head chopping, hand chopping, child-decapitating “rebels.” This gang, known as the New Syrian Army (NSA) have reportedly been trained by the US and UK in Jordan and are fighting US and allied spawned and funded ISIL. Note the surely US inspired name, the: “The New Syrian Army” – the US-friendly terrorists formed by the US in 2015 – surely intended to replace the State’s national, multi-ethnic, Syrian Arab Army (SAA.)

Let it never be forgotten that the entire fake “uprising” was engineered by the US Embassy in Damascus in 2006. (2)

In June this year, according to The Telegraph (3) a presumably self-styled “First Lieutenant” Mahmoud al-Saleh, of the NSA told The Times that he was being assisted by Special Forces: “They helped us with logistics, like building defences to make the bunkers safe,” he said.

Back in May, when an ISIL “armoured vehicle packed with explosives” killed eleven NSA members and injured seventeen others: “The wounded were flown in American helicopters to Jordan. The suicide attack damaged the structure of the al-Tanf base, with British troops crossing from Jordan to help them to rebuild their defences.”

According to The Telegraph: ‘The New Syrian Army’s spokesman refused to comment on the pictures of the Special Forces but acknowledged that they are helping. He told the BBC: “We are receiving special forces training from our British and American partners. We’re also getting weapons and equipment from the Pentagon as well as complete air support.”

Note the “British and American partners.” Was perfidy ever more perfidious? If in doubt, note the following also from The Telegraph:

“The NSA emerged from a $500 million Pentagon programme aimed to create a well-trained rebel force to take on ISIL. However the project was abandoned after the first trained unit sent into Syria was kidnapped by the al-Qaeda-affiliated Nusra Front. A second batch of trainees defected and gave their weapons away.”

Yet another Pentagon own goal.

Interestingly, The Guardian (4) reminds that the BBC:

“… images depict British special forces sitting on Thalab long-range patrol vehicles as they move around the perimeter of a rebel base close to the Syria-Iraq border.

“The Thalab (Fox) vehicles are essentially modified, militarised and upgraded Toyota 4x4s used for long distance reconnaissance and surveillance missions, which were developed jointly in the middle of the last decade by a state-backed defence company in Jordan and the UK company Jankel.”

The vehicles are surely, coincidentally, not unlike like the long convoys of 4x4s so memorably depicted being driven by ISIL/ISIS. (5)

US Captain Scott Rye denied that a number of the NSA, paid up to $400 a month by the Pentagon (6) had left for contractual reasons. “He said that, while U.S. officials had been clear the program was to train fighters to combat Islamic State, the only document participants had to sign was one committing them to promote respect for human rights and the rule of law, a mandate issued by the U.S. Congress.” (Emphasis added.) This from the military representative of a nation to whom human rights and the rule of law has become a distant memory.

Yet another from the: “you could not make this up” file. The UK with it’s State xenophobia against immigrants, especially “illegal”, whatever the circumstances, the US with it’s 930 kilometres  (580 miles) of barriers blocking their Southern neighbours from entry – send illegal immigrants  on official US-UK government business in to another country to murder and to train people to murder and to overthrow yet another sovereign government.

Did Russia Just Strike Poland? No, Ukraine Did!

You are under contrôle: French elites privately fear...

Journalists in the firing line