Home Commodification ‘Activism’ and Its Consequences: Syrian Refugees Are Not Subjects for a Social Media Gallery

‘Activism’ and Its Consequences: Syrian Refugees Are Not Subjects for a Social Media Gallery 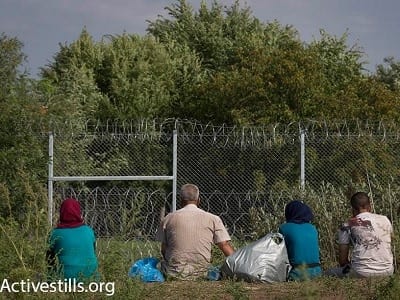 Editor's Note
What good are the actions of "photo journalists" in conflict zones, and tracking refugees across the globe, if all it becomes is a career enhancing activity? This is the question that is raised by Baroud and Rubeo in this essay. The best picture means nothing if the action goes to kudos to the "activists" and nothing to alleviating the suffering of the subjects. Disaster as photo op. At what point do  "photographers" put down the camera and do something? Is this anything more than the commodification of disaster?
The Italian ‘activist’ was keen on that photo, as if her social media activism career was dependent on it. As if the misery of the poor Syrian child was not palpable enough in his dejected face and his rash-infested skin, she wanted to define a point of absolute misery for a perfect Instagram photo.

So she handed him a bucket filled with rocks collected from the arid Jordanian desert, not far away from the Syria border. He carried the heavy rocks and posed for the photo. 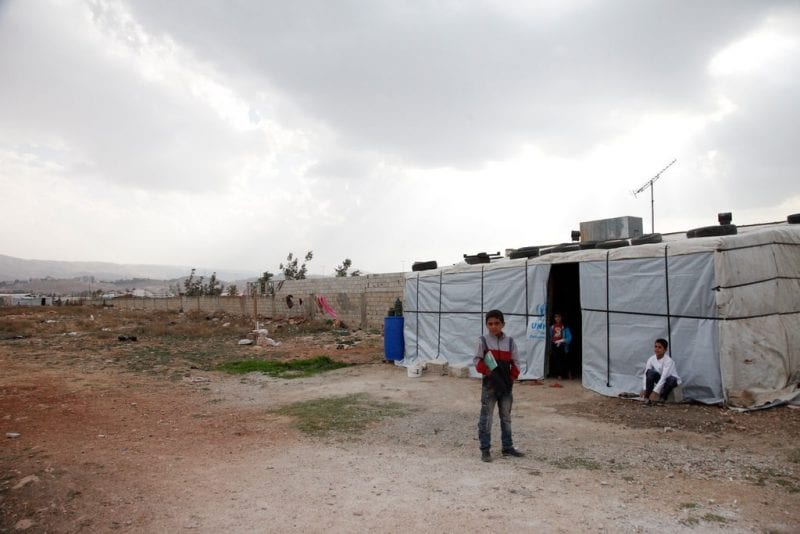 The boy, along with his family, and many others lived in tents in the middle of nowhere. The refugee camp was deemed ‘informal’. It received no water, electricity and not even regular supplies of food, however meagre. The refugees subsisted on what drivers racing at ridiculous speed on a nearby highway would toss their way.

But malnutrition was not the only enemy. No water also meant no washing, and skin diseases is something the Syrian refugees in the informal refugee camp all had in common.

To keep the tents in their intended location, the refugees had positioned buckets filled with rocks atop the wooden poles, thus keeping the tattered tents in place, especially during the gusts of violent sandstorms.

The ‘activists’ took their fill of photos with no particular purpose, aside from exhibiting their peculiar brand of solidarity, which often finds its way to social media platforms, accompanied with seemingly fitting emoticons and generalized, empty truisms: “Please do something,” followed by the emoticon that denotes feelings of anger or, “the children need us,” followed by the emoticon conveying tears, and so on.

Expectedly, their social media friends validate the empty gestures by exalting the courage, heroism and greatness of the person who took the photo. In reality, however, the ‘activists’ have done nothing but aggrandized their false sense of valor, injured the dignity of the proud refugees, while selling them plenty of false hope as they continue to await salvation in the desert.

The baffled Syrian boy, who must have participated in that charade in the hope of getting a sandwich or even a piece of chocolate, carried the bucket of rocks so that the Italian ‘activist’ would produce a photo that was the personification of despair. And it was picture perfect, indeed, followed by a fun-filled trip to the Dead Sea and other Jordanian attractions.

When a friend of mine, who was enraged by the dehumanizing display, conveyed the scene on to me, I was equally distressed, but not entirely surprised. I am all too familiar with that kind of ‘activism’. I was assaulted by it as a child in Palestinian refugee camps, was repulsed by it as a young reporter in Iraq and Lebanon and warned against it as a writer in later years.

This scene happened only a few days ago but, actually, it is a recurring reality, where ‘activists’ – westerners, especially – seek in the Middle East (and all over the world) a respite from their consumerism-driven, often uneventful world. They view their relationships with humanitarian crises as saviors, carrying the ‘White Man’s burden’ wherever they go, yet always aware, if not proud, of their privilege and their sense of superiority.

While there, indeed, exist true humanitarians with a clear purpose and an unmistakable sense of mission and little self-promotion, there are many others who have no identifiable purpose, aside from a fleeting interest, a sense of adventure, and an opportunity to unburden themselves from the nagging guilt.

They know well that the roots of conflict in the Middle East stems from 19th and 20th century colonialism. More recently, they know that the US war on Iraq has destroyed that country and destabilized the whole region for decades to come. They are fully aware of the horrendous implications of western interventionism – including those sold as ‘humanitarian’ interventions – on Libya and Syria and other countries in recent years. The ongoing tragedy in Yemen, which is advertised in the media as a solely internal Arab conflict, is also rooted in the American so-called ‘war on terror’, which shattered the country to pieces and undermined its internal cohesion.

But, for many, this is too messy, too complicated, and ‘too political.’ It is far easier to declare oneself an ‘activist’ and snap a thousand photos which parade victims of war in total isolation from one’s own moral responsibility.

Personal and collective ‘moral responsibility’ is a risky notion, for it invites more than ambiguous feelings of ‘guilt’ that misleadingly spread responsibility for war equally among all; instead, it propels a moral stance, mobilization, political pressure and direct action.

Many have given ‘activism’ such a bad name that the word itself has now become devoid of meaning.

Some use ‘activism’ as a platform to serve pre-existing political and ideological notions, unable to truly grow out of the limited confines of ideas which are mostly governed by groupthink, but never by true experience.

For them, the self-bestowed title ‘activist’, is self-validating and is often used to shut out those who dare to have opposing views.

Others position themselves as saviors – for example, saving the children of the Middle East – but would shy away from ever articulating a bold political stance against their own governments and their own culpabilities in ongoing wars and tragedies.

Although they might not be constantly aware of it, such ‘activists’ hold on to the legacy of Rudyard Kipling’s poem ‘The White Man’s Burden’:

“Take up the White Man’s burden, Send forth the best ye breed

Go bind your sons to exile, to serve your captives’ need.”

They are utterly blind to their own transgressions and perceive their victims in an apolitical vacuum, or as victims of their own wrong-doing.

Humanitarianism is not a photo op: it is not an adventure; it is not a vacation; it is not a stress or guilt reliever; it should not be an expression of cultural hegemony or driven by a sense of superiority, and must refrain from selling false hope.

A true humanitarian activist is one who is able to make a tangible difference in the lives of others – focused, sensitive to cultural sensibilities, compelled by a tug of moral responsibility, able to read political contexts and daring enough to hold accountable those responsible for war and other collective tragedies.

Chances are the Syrian child with the bucket full of rocks had his photo exhibited to the delight of many other social media ‘activists’.

Yet chances are, he is still hungry and waiting.

The neocons point to exceptional abuses (“welfare mom with a Mercedes”) for their broad brushes. I never imagined any progressive doing this dastardly deed, however. There are creeps in every corner, every profession. But to point to some bad photojournalist nonsense and malign the good and important works of millions of others?

Photojournalists are not counted in “the millions” therefore they cannot be maligned “in the millions” as J.D. Elliott claims. Second, I feel the article makes valid points. The capitalist ethos envelops the world, and commodification of everything is a sad and corrosive reality. Western photo-journalists are a variegated tribe: some adventurers, some serious war correspondents seeking truth about a cause being mauled by the empire’s machinery of lies, and so forth. Motives count in life and they need t be examined, in te singular and as a social phenomenon. This article attempts that. No need to tar progressives with a… Read more »